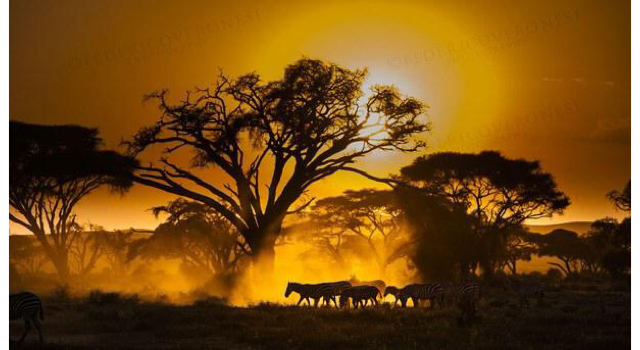 The length of a fisherman’s rod is not important.
It’s the quality of the worm.

Judge a man by his questions rather than his answers.
( Voltaire )

A day of worry is more exhausting than a day of work.

If we did the things we are capable of doing we would literally astound ourselves.
( Thomas Edison )

There comes a time when one must take a position that is neither safe, nor politic, nor popular, but he must take it because conscience tells him it is right.
( Martin Luther King Jr. )

If a man cheats at games, there are no deeds he won’t stoop to, and no evil he won’t commit.

If all the world hated you and believed you wicked, while your own conscience approved of you and absolved you from guilt, you would not be without friends.
( Charlotte Bronte )

Your conscience is the measure of the honesty of your selfishness.
Listen to it carefully.
( Richard Bach )

Let us not become weary in doing good, for at the proper time we will reap a harvest if we do not give up.

Betrayal is common for men with no conscience.
( Toba Beta )

Every new friend is a new door to a different world.

He who passively accepts evil is as much involved in it as he who helps to perpetrate it.
He who accepts evil without protesting against it is really cooperating with it.
( Martin Luther King Jr. )

Today was tomorrow yesterday but when today becomes tomorrow it will at the same time become yesterday.

Conscience is no more than the dead speaking to us.
( Jim Carroll )

Like the sun, she bathed us in her warm glow.
Now that the sun has set and the cool of the evening has come, some of the warmth we absorbed is flowing back towards her.

It is the English-speaking nations who, almost alone, keep alight the torch of freedom.

No guilt is forgotten so long as the conscience still knows of it.
( Stefan Zweig )

Why do people who know least know it loudest?

Conscience is thus explained only as the voice of God in the soul.
( Peter Kreeft )

Loneliness and the feeling of being uncared for and unwanted are the greatest poverty.

Decent folk suffer at the hands of leaders and politicians without a conscience.
( Rose Winfold )

Only two things are infinite, the universe and human stupidity, and I’m not sure about the former.
( Albert Einstein )

We may not return the affection of those who like us.
But we always respect their good judgement.

Music was my refuge.
I could crawl into the space between the notes and curl my back to loneliness.
( Maya Angelou )

Why do people have to be this lonely?
What’s the point of it all?
Millions of people in this world, all of them yearning, looking to others to satisfy them, yet isolating themselves.
Why?
Was the earth put here just to nourish human loneliness?
( Haruki Murakami )

The worst part of holding the memories is not the pain.
It’s the loneliness of it.
Memories need to be shared.
( Lois Lowry )

The most terrible poverty is loneliness, and the feeling of being unloved.
( Mother Teresa )

We live as we dream.
Alone.
( Joseph Conrad )

Yes, there is joy, fulfilment and companionship.
But the loneliness of the soul in its appalling self-consciousness is horrible and overpowering.
( Sylvia Plath )

When you have nobody you can make a cup of tea for, when nobody needs you, that’s when I think life is over.
( Audrey Hepburn )

There is a loneliness in this world so great that you can see it in the slow movement of the hands of a clock.
( Charles Bukowski )

When you’re surrounded by all these people, it can be lonelier than when you’re by yourself.
You can be in a huge crowd, but if you don’t feel like you can trust anyone or talk to anybody, you feel like you’re really alone.
( Fiona Apple )

The only time we waste is the time we spend thinking we are alone.
( Mitch Albom )

If you haven’t confidence in self, you are twice defeated in the race of life.
With confidence, you have won even before you have started.
( Marcus Garvey )

Whatever is going to happen will happen, whether we worry or not.
( Ana Monnar )

Wisdom is the reward you get for a lifetime of listening when you would have preferred to talk.
Wisdom is the quality that keeps you from getting into situations where you need it.
Everyone is a damn fool for at least one minute every day.
Wisdom consists in not exceeding the limit.

The world is full of good people.
If you can’t find one, be one.

By three methods we may learn wisdom.
First, by reflection, which is noblest.
Second, by imitation, which is easiest.
And third by experience, which is the bitterest.
( Confucius )

I’m so thankful I didn’t end up with what I thought I wanted.

The crazy people, the black sheep, the loners, the forgotten.
These people often have the most beautiful souls.

We can know only that we know nothing.
And that is the highest degree of human wisdom.
( Leo Tolstoy )

It is unwise to be too sure of one’s own wisdom.
It is healthy to be reminded that the strongest might weaken and the wisest might err.
( Mahatma Gandhi )

Wisdom is having things right in your life and knowing why.
( William Edgar Stafford )

There are many reasons why silence can be golden.
The more information we reveal about ourselves, the more potential power over us others have.
And when we are talking, we cannot do much listening.
So we end up hearing our own voice while failing to notice what people are trying to tell us.

I’ve begun to realise that you can listen to silence and learn from it.
It has a quality and a dimension all its own.
( Chaim Potok )

Your silence will not protect you.
( Audre Lorde )

To be happy, do not add to your possessions but subtract from your desires.

Does not everything depend on our interpretation of the silence around us?
( Lawrence Durrell )

Happiness is a place somewhere between too much and too little.

When words become unclear, I shall focus with photographs.
When images become inadequate, I shall be content with silence.
( Ansel Adams )

The heart is happiest when it beats for others.

A lot of happiness is overlooked because it doesn’t cost anything.

I need the sunshine and the paving stones of the streets without companions, without conversation, face to face with myself, with only the music of my heart for company.
( Henry Miller )

For every minute you’re angry, you lose sixty seconds of happiness.

Words can be twisted into any shape.
Promises can be made to lull the heart and seduce the soul.
In the final analysis, words mean nothing.
They are labels we give things in an effort to wrap our puny little brains around their underlying natures, when ninety-nine percent of the time the totality of the reality is an entirely different beast.
The wisest man is the silent one.
Examine his actions.
Judge him by them.
( Karen Marie Moning )

Some people find happiness by making the most of what they don’t have.

Blessed is the man who, having nothing to say, abstains from giving us wordy evidence of the fact.
( George Eliot )

Silence is only frightening to people who are compulsively verbalising.
( William S. Burroughs )