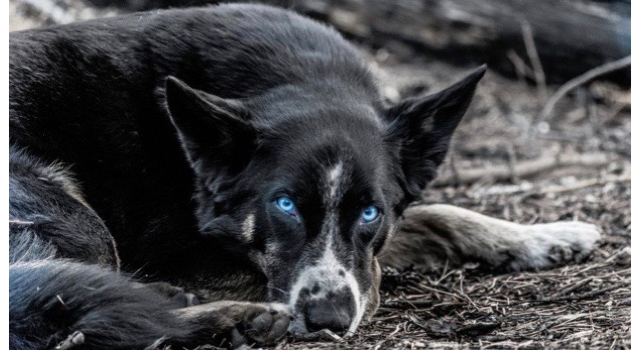 How we have deprived them of their freedoms, their natural environments, their families.
How we have fed them grossly unnatural diets, regularly restricted their movements to tiny booths, stalls and cages, where they have been unable to even turn around.
All for nothing less than the sake of gluttony and heart attacks.
( Mango Wodzak )

When I eat I have a clear conscience.
If you are a part of this murder machine, regardless of what people say to defend themselves when they eat meat, it’s lodged in the back of the mind that you are dealing in death.
( Benjamin Zephaniah )

We treat murderers and rapists and pedophiles better than the most innocent and the most gentlest animals on our planet.

To be non-violent to human beings and to be a killer or enemy of the poor animals is Satan’s philosophy.
In this age there is always enmity against poor animals, and therefore the poor creatures are always anxious.
The reaction of the poor animals is being forced on human society, and therefore there is always strain of cold or hot war between men, individually, collectively or nationally.
( A. C. Bhaktivedanta Swami Prabhupada, 1896-1977 )

It is through mysterious power that we have our being, and we therefore yield to our neighbours, even to our animal neighbours, the same right as ourselves to inhabit this vast land.
( Sitting Bull )

Why do we test animals when there are pieces of shit in prison that have raped women and have molested children.
Test it on them.
What the fuck did the rabbit do to you?
( Roger Miret )

When I close my eyes, I dream of a place where every animal is safe.

When the suffering of another creature causes you to feel pain, do not submit to the initial desire to flee from the suffering one, but on the contrary, come closer, as close as you can to he who suffers, and try to help him.
( Leo Tolstoy )

Horses Recognise Negative Human Behaviour ..
Horses can tell whether humans are angry or sad, according to research.
Psychologists at Sussex University showed 28 horses pictures of men with happy and angry faces.
When looking at the angry faces, the horses viewed more with their left eye, a behaviour normally linked with perceiving negativity.
Their heart rate also quickened and they showed more signs of stress, the study published in Biology Letters found.
Student Amy Smith said the horses had a stronger reaction to negative expressions than positive ones.
She said, “This may be because it is important for animals to recognise threats in their environment. Recognising angry faces may act as a warning system, allowing horses to anticipate negative human behaviour.”
( Tom Pugh, 10.02.2016 )

Cats and dogs don’t just change our lives.
They sometimes change our destiny.

Animals are indeed more ancient, more complex and in many ways more sophisticated than us.
They are more perfect because they remain within Nature’s fearful symmetry just as Nature intended.
They should be respected and revered, but perhaps none more so than the elephant, the world’s most emotionally human land mammal.
( Daphne Sheldrick )

The most dangerous creatures to be found in a zoo or a circus are called humans.
Enslaving animals is WRONG.

If you have a dog as a companion, please read the amended Dangerous Dogs Act report on page 9, and familiarise yourself with the new rulings.
Basically, someone can come into your house or garden, feel that the dog ‘may injure them’, and the dog will be instantly seized, even if he or she hasn’t bitten anyone.
This is clearly ridiculous, and will leave owners terrified.
It also leaves us open to blackmail and threats.
( Liz Jones, 18.05.2014 )

A dog in an animal shelter needs you more than a breeder needs your money.

A Farmer Pointed A Gun At Me ..
Don’t even get me started on the abuse dog owners get during lambing.
In Somerset, a farmer turned up in my garden, pointed a gun at me, and said if he ever saw my collie in a field he would shoot him dead.
That collie was 17, arthritic, and had no teeth.
( Liz Jones, 18.05.2014 )

When the loss of life does not move us.
The word ‘human’ stops describing us.

How brave and how proud we must be to abuse and terrorise defenceless animals from the day they are born, and then ignore their cries and their screams for mercy before we brutally slaughter them.
( Rose Winfold )

Factory-Farmed Birds Killed For ‘Sport’ ..
Around 35 million pheasants and red-legged partridges, both non-native species in the UK, are released into the British countryside each year for assholes and perverts to shoot them.
These are not wild birds, they are factory farmed in much the same way as intensively reared chickens, yet are not protected by humane slaughter laws and many won’t even end up on someone’s plate.
They are farmed and shot purely for ‘sport’, with many wounded and left to suffer.
More pheasants and partridges are killed in the name of ‘sport’ in the UK than any other animal.

As long as there are slaughterhouses there will be battlefields.
( Leo Tolstoy )

Living A Vegan Lifestyle Makes A Lot Of Sense ..
As I learned about the consequences of my food choices and as I recognised that I didn’t have to eat animals, and that eating animals caused the animals to suffer, it caused an enormous footprint on our planet, and it wasn’t healthy, it made sense to go vegan.
And, it’s one of the best decisions I’ve ever made, and I think most people who have decided to go vegan share a similar experience.
It’s very empowering.
And, when I went vegan I actually started eating a wide variety of foods I had never tried before.
Different ethnic foods.
You also start combining things in different ways, you start becoming more creative in the kitchen.
But I went vegan just because it seemed to make sense, and it was aligned with my own values, because I didn’t want to support this system that was so abusive to animals, and wasting and squandering so many scarce resources on our planet.
And it was also healthier, so it was in my interest to eat food that was plant-based instead of animal-based.
Living a vegan lifestyle makes a lot of sense.
( Gene Baur )

While we ourselves are the living graves of murdered beasts, how can we expect any ideal conditions on this earth?
Atrocities are not less atrocities when they occur in laboratories and are called medical research.
( George Bernard Shaw )

If we held a moment of silence for every victim of the wretched ‘farming’ and ‘meat’ industries, we would be silent for eternity.

Speciesism ..
The assumption of human superiority leading to the exploitation of animals.

Some people say, “Just because I eat meat, it doesn’t mean I’m not a peaceful or compassionate person”.
But a peaceful life cannot be built on a foundation of violence.
And nothing ‘compassionate’ ever came from a slaughterhouse.
( Jo Tyler )

The Most Inland Breeding Colony Of Kittiwakes In The World ..
The Tyne Bridge is among the most recognisable structures in Europe.
Designed by the architects who created Australia’s Sydney Harbour Bridge, it was opened in 1928 by George V and Queen Mary, who crossed in a landau watched by 20,000 schoolchildren.
The bridge is home to some unexpected inhabitants, the most inland breeding colony of kittiwakes in the world.
Normally nesting on coastal cliff ledges, since the 1950s a few birds have nested in buildings along the Quayside, but now more than 700 pairs (at the last count) have followed, using buildings and the bridge.
During the winter they are busy crossing the Atlantic to distant shores, such as Canada and Greenland.
They are only on the Tyne during the breeding season between March and August.
The fourth floor of the Baltic art gallery, a former flour mill in Gateshead, where they also nest, provides a good vantage point.
( Bob Barton, January 2016 )

One of the most commonly warned-about behaviours among children is cruelty to animals.
What is it about adulthood that suddenly makes this behaviour okay?
( Saryta Rodriguez )

Many Humans Are So Dumb ..
People have taken a completely unnatural act and made it natural and normal.
Milk from a cow is intended by nature for her calf, not for humans.
And many humans are so dumb they do not understand this.
A dairy cow’s reward for a lifetime of rape, abuse and having her babies taken away is a one-way ticket to the slaughterhouse, which is funded by people who can’t live without milk and cheese.

Increase In Number Of Otters ..
By the late 1970s, British otters were mainly confined to north-west Scotland – Shetland still has 12% of the UK breeding population.
But now otters are no longer hunted (since the ban in 1978) and a reduction in the use of insecticides that accumulated in its food has greatly increased its numbers.
Less water is abstracted from rivers, which also helps and there is little or no use of their pelts.
There has also been habitat improvement work (even building artificial holts and ledges under bridges) and in some places otter tunnels under roads have greatly reduced road kills.
Otters are highly territorial animals with large home ranges.
Depending on the quality of the habitat and availability of food, males can range along rivers for 35km.
Sadly, otters will continue to try and use routes across busy roads if alternatives are not included in a mitigation strategy.
One authority recently stated that there were at least 8,000 otters in Scotland.
Otters have been spotted on the river Medway and the Eden in Kent and in Bristol, Birmingham and Manchester, on the Thames and the Lea in north London and in the centre of Newcastle upon Tyne, though we must remember that some conservationists see these sightings as evidence of otters roaming further afield into cities due to food shortages rather than a big increase in numbers.
It’s not all good news for humans either.
There has been a growth in heavily stocked fisheries (mainly carp), which has seen otters invading in search of easy feeding.
Even the owners of back garden Koi ponds have had expensive nocturnal or early morning visits from otters.
Like the reintroduced Red Kite and Buzzard the boom in populations is not without its side effects.
Non-native Mink, which feed on similar prey to the otters, are also impacting on fish and small mammal stocks.
( Steve Windsor, October 2015 )