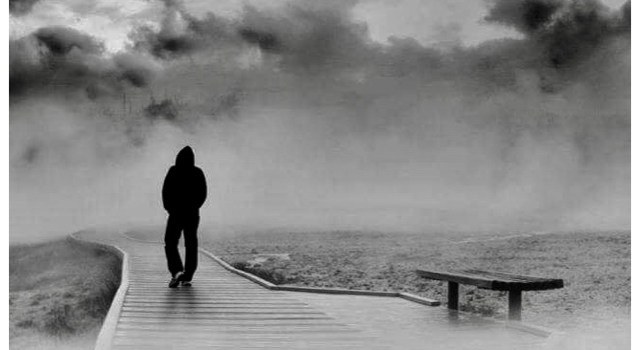 Radicals Control The Political Process In Ukraine Through Violence ..
Zelensky himself has never expressed far-right views.
In his TV series “Servant of the People,” which was used as an unofficial election platform, Ukrainian nationalists are portrayed negatively: they appear as nothing else but stupid oligarchs’ marionettes.
As a presidential candidate, Zelensky criticised the language law signed by his predecessor Poroshenko, which made the knowledge of Ukrainian language a mandatory requirement for civil servants, soldiers, doctors, and teachers.
“We must initiate and adopt laws and decisions that consolidate society, and not vice versa,” Zelensky-the-candidate claimed in 2019.
However, after assuming the presidential office, Zelensky turned to the nationalistic agenda of his predecessor.
On May 19, 2021, his government approved an action plan for the promotion of the Ukrainian language in all spheres of public life strictly in line with Poroshenko’s language law, to the delight of nationalists and dismay of Russophones.
Zelensky has done nothing to prosecute radicals for all their crimes against political opponents and the people of Donbass.
The symbol of Zelensky’s right-wing transformation was his endorsement by nationalist Medvedko — one of those accused of murdering Buzina — who publicly approved Zelensky’s ban of Russian-language opposition channels in 2021.
The question is why?
Why did Zelensky make a U-turn to nationalism despite people’s hopes that he would pursue the politics of reconciliation?
As many analysists believe, this is because radicals, although representing the minority of the Ukrainian population, do not hesitate to use force against politicians, courts, law enforcement agencies, media workers, and so forth — in other words, they are simply good at intimidating society, including all the branches of power.
Propagandists may repeat the mantra “Zelensky is a Jew, so he cannot be a Nazi” as often as they want, but the truth is that radicals control the political process in Ukraine through violence against those who dare confront their nationalistic and supremacist agendas.
( Olga Baysha, Ukrainian academic, 28.04.2022 )  Source:  thegrayzone.com

UK PM Downgrades The Ministerial Code To Help Himself, It Seems ..
UK Prime Minister Boris Johnson has watered down the ministerial code and blocked a bid to give his ethics advisor the power to investigate him.
Just days after Sue Gray’s report slammed No10’s leadership for the “culture” that led to Partygate, Johnson issued a new version of the rules for ministers – allowing ministers to break the rules without resigning.
And he dismissed calls from his ethics advisor Lord Geidt, who had asked for the power to launch investigations into behaviour independently in the wake of the Downing Street flat row.
In his introduction to the previous edition of the ministerial code, Johnson said ministers must “uphold the very highest standards of propriety” – words that have been removed from the revamped edition.
The new introduction says the code should “guide my ministers on how they should act and arrange their affairs”.
And the foreword no longer explicitly mentions the seven Nolan principles of public life – integrity, objectivity, accountability, transparency, honesty and leadership in the public interest.
Labour’s Angela Rayner said: “Boris Johnson has today rewritten his own foreword to the ministerial code, removing all reference to honesty, integrity, transparency and accountability. He is downgrading standards and debasing the principles of public life before our very eyes.”
( Mikey Smith, 25.05.2022 )  Source:  mirror.co.uk

Ukraine Is Also Responsible For What Is Going On ..
I follow Zelensky’s war speeches on a regular basis, and I can confidently say that the way he frames the conflict can hardly lead to any diplomatic resolution as he permanently repeats that the forces of good are attacked by the forces of evil.
Clearly, there can be no political solution for such an Armageddon.
What falls out of this mythical frame of reference for the war is the broader context of the situation: the fact that for years Ukraine has been refusing to implement the Minsk peace agreements, which were signed in 2015 after the defeat of the Ukrainian army in the Donbass war.
According to these agreements, Donbass had to receive a political autonomy within Ukraine — a point inconceivable and unacceptable for radicals.
Instead of implementing the document, which was ratified by the UN, Kiev has been fighting with Donbass along the line of demarcation for eight long years.
The life of Ukrainians living in these territories has been transformed into a nightmare.
The current war is a prolongation of the war of 2014, which started when Kiev sent troops to Donbass to suppress anti-Maidan rebellion under the premise of the so-called “anti-terrorist operation.”
The acknowledgement of this broader context does not pre-suppose the approval of Russia’s “military operation,” but it implies the acknowledgement that Ukraine is also responsible for what is going on.
Framing the issue of the current war in terms of a fight of civilisation against barbarism or democracy against autocracy is nothing else but manipulation, and this is essential for understanding the situation.
Bush’s formula “you are either with us or with terrorists,” propagated by Zelensky in his appeals to the “civilised world,” has turned out to be very convenient in terms of avoiding personal responsibility for the ongoing disaster.
( Olga Baysha, Ukrainian academic, 28.04.2022 )  Source:  thegrayzone.com

A Cover-Up And Whitewash To Protect The Government ..
The lawyer who wrote a “whitewash” report into former UK Prime Minister David Cameron’s lobbying scandal has been awarded a knighthood in the Queen’s Birthday Honours list.
Nigel Boardman, who is honoured for “services to the legal profession”, said lobbying was “vital for the proper functioning of democracy” and defended Cameron’s actions.
Cameron made around £3.3million from shares in the collapsed company Greensill Capital, and he was accused of a “significant lack of judgement” by MPs.
But while the 141-page report said Cameron “could have been clearer” about his relationship with the financier’s firm when he lobbied Government ministers on his behalf, it found the former PM had not broken “current lobbying rules.”
At the time Labour ’s Angela Rayner said: “This report was set up as a classic Boris Johnson cover-up and whitewash to protect the Government.”
( Aletha Adu, 01.06.2022 )  Source:  mirror.co.uk

Zelensky Enjoys Performing On A Global Stage ..
In terms of selling this one-dimensional story to the world, Zelensky’s artistic skills appear invaluable.
He is finally on the global stage, and the world is applauding.
The former comedian does not even try to hide his satisfaction.
Answering the question of a French reporter on March 5, 2022 — the tenth day of the Russian invasion — on how his life had changed with the beginning of the war, Zelensky replied with a smile of delight: “Today, my life is beautiful. I believe that I am needed. I feel it is the most important meaning in life – to be needed. To feel that you are not just an emptiness that is just breathing, walking, and eating something. You live.”
For me, this construction is alarming: it implies that Zelensky enjoys the unique opportunity to perform on a global stage provided by the war.
It made his life beautiful; he lives.
In contrast to millions of Ukrainians whose life is not nice at all and thousands of those who are not alive any longer.
( Olga Baysha, Ukrainian academic, 28.04.2022 )  Source:  thegrayzone.com

UK PM Considers Himself Above The Rules ..
UK PM Boris Johnson has failed to prove he doesn’t consider himself above the rules, the chief of the standards watchdog has warned.
Lord Evans, chairman of the powerful Committee on Standards in Public Life, said the Partygate scandal left “questions” on whether standards are being upheld in Government.
The former MI5 chief also blasted the Prime Minister’s attempt to water down the ministerial code, which governs the conduct of top politicians.
Traditionally, politicians who breach the code are obliged to quit.
In an online blog, Lord Evans said Johnson’s reforms were “highly unsatisfactory” and “suspicious about the way in which the Ministerial Code is administered will linger” if his independent adviser isn’t given greater powers.
( Lizzy Buchan and Aletha Adu, 02.06.2022 )  Source:  mirror.co.uk

To The Outside World Israel Is Presented As A Freedom-Loving Democracy ..
Horrific scenes unfolded across Jerusalem last month.
Israeli police descended on the funeral of Al Jazeera journalist Shireen Abu Akleh, attacking mourners and those carrying her coffin.
At the weekend, the Jerusalem Day “flag march” cemented its reputation as a showcase of anti-Palestinian hatred, bigotry and violence.
Palestinians need not be told any of this.
It is their lived experience.
If it is not Israeli soldiers, it is settlers beating them up, harassing them and burning their crops.
Many of these settlers participated in the Jerusalem march.
Yet, to the outside world, Israel is presented as a freedom-loving democracy based on values shared with the West (which is perhaps true, if we’re talking about the Wild West).
For years, the media has played a role in dampening legitimate criticism of Israeli actions and ignoring the Palestinian narrative.
Global coverage of recent events has once again highlighted this failure.
( Chris Doyle, 02.06.2022 )  Source:  middleeasteye.net

Brexit Project Fear Is Now Project Here ..
The shadow of Basil Fawlty looms large over UK PM Johnson’s busted, flush government, but it’s not “the war” they’re desperately trying not to mention, it’s Brexit.
And while his sycophantic supporters hilariously continue to hail him for “getting it done”, the grim reality becomes clearer by the day.
We know that his “oven-ready” deal put a border in the Irish Sea after he stated that this would only happen over his “dead body”.
We know that he and the ludicrous Lord Frost, who negotiated it, were trying to disown the treaty before the ink was even dry on it.
And we know his government has trumpeted its willingness to break international law in order to duck its obligations.
But what you won’t know, if you listen to the Cabinet trying to explain away problems everywhere from airports to GPs’ surgeries, is that every crisis the UK currently faces is being made worse by Tory determination to torch our decades-old “Welcome” mat and become the first country in history to impose economic sanctions on itself.
Last month, for the first time since records began, the number of job vacancies exceeded the number of unemployed.
There is a shortage of doctors, nurses, lorry drivers, fruit-pickers, vets, cabin crew, baggage handlers, hospitality staff, and many, many more.
But sadly no shortage of Tory politicians terrified of telling the truth.
Project Fear is now Project Here.
The Office for Budget Responsibility estimates that GDP will be down 4% because of Brexit (compared to around 1.5% caused by Covid).
And in the middle of a catastrophic cost-of-living crisis, supply-chain disruption is turbo-charging rocketing food prices.
Yet when Tory rebel Tobias Ellwood shared these simple truths, the knives were out for him faster than the wine at a Downing Street lockdown party.
( James O’Brien, 02.06.2022 )  Source:  mirror.co.uk

In 2016, Over One Million Ukrainians Were Seeking Asylum Or Protection Abroad