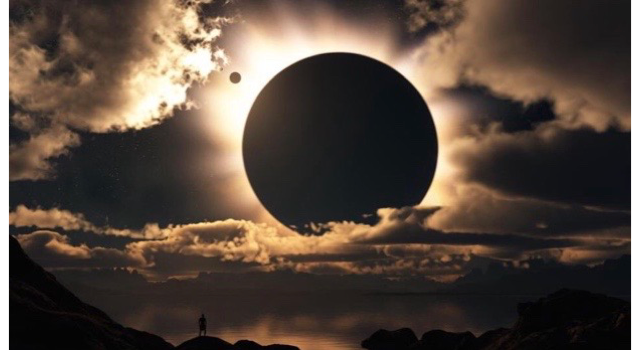 No One Needs That Much Money ..
I was gobsmacked to read that Taylor Swift made £41 million in 2013, making her the third highest-earning star under 30.
No one needs that much money, it’s just grotesque.
It seems to me that if all the mega-rich celebrities and business people would accept just a little bit less the world would be a much nicer and fairer place.
Greed is not attractive, people!
( Alison Riley, South London, UK, November 2014 )

I smile because I have no idea what’s going on.

If you are a big star, or whatever, if you are like a famous person, it’s kind of lonely.
Like people don’t want to talk to you.
( Kristen Stewart )

Alex Salmond is very humble.
Asked who were the three greatest figures in Scottish history, he said the other two were William Wallace and Robert the Bruce.
( Gordon Brown )

Banks destroy the economy.
Religion destroys morals.
The Tory Government destroys the will and the freedom of the people.

I like my money right where I can see it.
Hanging in my closet.
( Carrie Bradshaw )

Surely Russell Brand can’t believe there’s going to be a revolution and people are going to listen to a skinny comedian and think everything they have ever known is wrong.
( Noel Gallagher )

Humans are supposed to be the most intelligent form of life.
But have you ever seen an animal treading in dog shit?

If you don’t put nude pics of yourself on your devices, hackers won’t be able to steal them.
( Len Firswood )

There will always be a donkey telling the racehorse how he’s doing in the race.
( Brendon O’Carroll )

They will always try to put the bear on a chain, and as soon as they succeed in doing so, they tear out his fangs and his claws.
( Vladimir Putin )

Many of the people seen at county cricket are dead.
( Jeremy Clarkson )

If you underpay police officers, the consequence is corruption.
( Sir Hugh Orde )

You don’t mess with the Clintons because they are retributive, take a lot of stuff personally and will basically break your legs.
( Unnamed US Republican )

If you poke the Russian bear with a stick he will respond.
( Nigel Farage )

If I am not full I am both murderous and suicidal.
( Nigella Lawson )

The UK housing market has a microwave quality, with a tendency to go from lukewarm to scalding in a matter of a few economic seconds.
( Spencer Dale )

As most of our laws now come from the EU, surely our MPs should take a pay cut.
( Dave Parker )

My friend took me to Harvey Nichols in Leeds and I nearly passed out at the prices.
( Amanda Nield )

If you cut yourself badly you wrapped yourself in cling-film and salt and went to the hospital between shifts.
( Marco Pierre White )

Run your fingers through my soul..
For once, just once, feel exactly what I feel.
What I experience.
Just once.

Wealth breeds a class of people for whom human beings are disposable commodities.
Once oligarchs achieve unchecked economic and political power, as they have in the United States, the citizens too become disposable.
( Chris Hedges )

You cannot insert a gene you took from a bacteria into a seed and call it life.
You haven’t created life, instead you have polluted it.
( Vandana Shiva )

They made us many promises but they kept only one.
They promised to take our land. And they did.
( Red Cloud )

Loan sharks intimidating children and parents at school gates is the ugly face of austerity Britain.
Thugs are finding rich pickings in desperate families who have been plunged deeper into debt by low wages, the rising cost of living and benefit cuts.
Tory-Lib Dem Coalition ministers should hang their heads in shame because they’re creating the conditions in which people are sucked into a terrifying spiral of despair.
( Daily Mirror, 12.05.2014 )

If it’s the thought that counts, Gosport Tory Caroline Dinenage shouldn’t bother after sticking a £3.95 pack of condolence cards on expenses.
( Kevin Maguire, 12.05.2014 )

The politicians and corporations telling us that the humanities do not matter are, by no coincidence, the same people who think of us only as workers and consumers, not as citizens or individuals, and who strip away our human rights, one by one.
It is the wealthy who insist that we should seek only to work.
We don’t need the humanities, they tell us, all we need is to labour in a market-place that will enrich them, not us.
( Sarah Churchwell, 13.11.2014 )

Your time as a caterpillar has expired.
Your wings are ready.

The only thing that loses weight on a detox diet is your wallet.
( Dr John Hoskins )

Don’t quit when you want to.
Don’t be afraid of death when you feel it standing nearby.
Just tell fear to shut up and bring it on.
( Sylvester Stallone )

‘Humans’ are dangerous creatures.
They are responsible for the deaths of more people than all other species on the planet combined.

The victim of mind-manipulation does not know that he is a victim.
To him, the walls of his prison are invisible, and he believes himself to be free.
( Aldous Huxley )

Teenagers… Tired of being harassed by your stupid parents?
Then move out, get a place, get a job, pay your own bills.
While you still know everything.

There may come a day when you feel like shit and you will want to give up.
When that day arrives, don’t do a thing.
Just take a nap.

If there is anything which world religions prove, it is not the existence of God, but centuries of discontentment and the longing for freedom.
( Amir Mourad )

The rich and the powerful piss on the people.
And the media tells them it’s raining.

When you are a nurse, or a doctor, you know that every day you will touch a life, or a life will touch yours.

Always live for the moment.
Unless, of course, the moment becomes unpleasant..
In which case, take a nap.

We have to free half of the human race, the women, so that they can help to free the other half.
( Emmeline Pankhurst )

Never underestimate the power of stupid people in large groups.

Stop letting people who do so little for you control so much of your mind, feelings and emotions.
( Will Smith )

You realise you’re getting old when work is a lot less fun, and fun is a lot more work.

I smile at those who claim they ‘know’.
None of us know for sure.
But perhaps one day we will.

Morality comes from humanism and is stolen by religion for its own purposes.
( Christopher Hitchens )

Imagine a society that subjects people to conditions that make them terribly unhappy, then gives them drugs to take away their unhappiness

Blamed on depression caused by poor living standards, benefit cuts and debt, the suicide rate in the UK is at highest ever recorded levels.

Common sense is so rare these days it’s often considered a super power.

In my country, we call it corruption.
In America, you call it lobbying.
But it’s the same thing.
( Robert Reich )

May our rights, sovereignty, wealth, dignity, pride and health be forever restored.
And may generations to come remember the many injustices we have suffered as our names, families, land, food, freedom were stolen, and the lies that were told.
( American Indians )

How on earth did we end up paying to live on a planet that didn’t cost a penny to create?

Resentment is like drinking poison and then hoping it will kill your enemies.
( Nelson Mandela )

The UK is not a big power in the eyes of the Chinese.
It is just an old European country apt for travel and study.
( Chinese newspaper the Global Times )

If you think there is no God, you’d better be right

I’m surrounded by all these beautiful, lyrical English accents and then I hear my own voice and I want to punch myself in the face.
( Jeremy Piven )

They complained that my mouth was too wide and my nose too long.
( Sophia Loren )

The modern conservative is engaged in one of man’s oldest exercises in moral philosophy.
That is, the search for a superior moral justification for selfishness.
( John K. Galbraith )

Income and wealth inequality is the great moral, economic and political issue of our time.
The American economy is not sustainable when the wealthiest 400 Americans own more wealth than the bottom 60%.
187million people.. and when 95% of all new income goes to the top 1%.
The greed of the top 1% must be stopped.
( Bernie Sanders )

Naturally, the common people don’t want war.
Neither in Russia, nor in England, nor in America, nor in Germany.
That is understood.
But the people can always be brought to the bidding of the leaders.
That is easy.
All you have to do is to tell them they are being attacked, and denounce the pacifists for lack of patriotism and exposing the country to danger.
It works the same in any country.
( Hermann Goering )

I don’t have a horse in the race when it comes to whether states should legalise marijuana, people determine the laws.
But I do wish they would pass laws that enhance health, not jeopardise it.
( Dr Drew Pinsky )

Corporations don’t create jobs.
Customers do.
So when all the economic gains go to the top, as they are doing now, the vast majority of Americans don’t have enough purchasing power to buy the things corporations want to sell.
Which means businesses stop creating enough jobs.
( Robert Reich )

I have certain rules I live by.
My first rule – I don’t believe anything the government tells me.
( George Carlin )