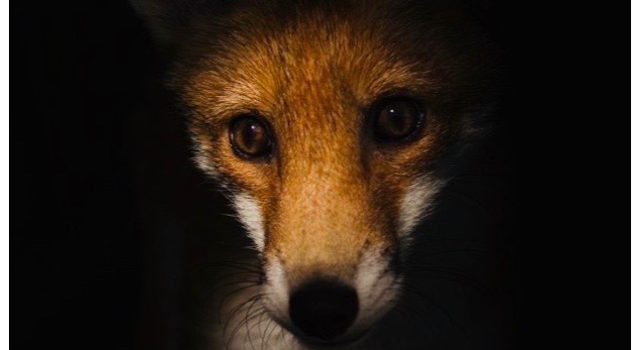 Loyalty to country always.
Loyalty to government, when it deserves it.
( Mark Twain )

The politician is an acrobat.
He keeps his balance by saying the opposite of what he does.

There comes a time when one must take a position that is neither safe, nor politic, nor popular, but he must take it because conscience tells him it is right.
( Martin Luther King Jr. )

Since a politician never believes what he says.
He is surprised when others believe him.

Politics is the art of looking for trouble, finding it everywhere, diagnosing it incorrectly and applying the wrong remedies.
( Groucho Marx )

A government which robs Peter to pay Paul can always depend on the support of Paul.

What difference does it make to the dead, the orphans and the homeless, whether the mad destruction is wrought under the name of totalitarianism or in the holy name of liberty or democracy?
( Mahatma Gandhi )

Democracy substitutes election by the incompetent many for appointment by the corrupt few.

There is a cult of ignorance in the United States, and there has always been.
The strain of anti-intellectualism has been a constant thread winding its way through our political and cultural life, nurtured by the false notion that democracy means that “my ignorance is just as good as your knowledge.”
( Issac Asimov )

Parliament is like the National History Museum.
Except the exhibits run the place.

In politics, stupidity is not a handicap.
( Napoleon Bonaparte )

The great mass of electors are ignorant, and a great majority of them never read, and remain as much in the dark as to what is going on in this country as the politicians.

The oppressed are allowed once every few years to decide which particular representatives of the oppressing class are to represent and repress them.
( Karl Marx )

As democracy is perfected, the office of president represents, more and more closely, the inner soul of the people.
On some great and glorious day the plain folks of the land will reach their heart’s desire at last and the White House will be adorned by a downright moron.
( Henry Louis Mencken, 1880 – 1956 )

An ambassador is an honest man sent to lie abroad for the good of his country.

You show me a capitalist, and I’ll show you a bloodsucker.
( Malcom X )

I hate political jokes.
They always get elected.

When politicians speak, you learn more and more about less and less until you know everything about nothing.

Our great democracies still tend to think that a stupid man is more likely to be honest than a clever man, and our politicians take advantage of this prejudice by pretending to be even more stupid than nature made them.
( Bertrand Russell )

Politics is the art of solving one problem without creating other bigger ones.

He knows nothing; and he thinks he knows everything.
That points clearly to a political career.
( George Bernard Shaw )

Most schemes of political improvement are very laughable things.

Freedom in capitalist society always remains about the same as it was in ancient Greek republics: Freedom for slave owners.
( Vladimir Lenin )

The UK House of Commons is a perfect example of what happens when a lot of troublemakers are kept together in one building.

Once a government is committed to the principle of silencing the voice of opposition, it has only one way to go, and that is down the path of increasingly repressive measures, until it becomes a source of terror to all its citizens and creates a country where everyone lives in fear.
( Harry S. Truman )

Politics is the only business where doing nothing other than making the other guy look bad is an acceptable outcome.

Half of the American people have never read a newspaper.
Half never voted for President.
One hopes it is the same half.
( Gore Vidal )

Vote for the man who promises least.
He’ll be the least disappointing.

The worst illiterate is the political illiterate, he doesn’t hear, doesn’t speak, nor participates in the political events.
He doesn’t know the cost of life, the price of the bean, of the fish, of the flour, of the rent, of the shoes and of the medicine, all depends on political decisions.
The political illiterate is so stupid that he is proud and swells his chest saying that he hates politics.
The imbecile doesn’t know that, from his political ignorance is born the prostitute, the abandoned child, and the worst thieves of all, the bad politician, corrupted and flunky of the national and multinational companies.
( Bertolt Brecht, 1898 – 1956 )

I have never voted in my life.
I have always known and understood that the idiots are in a majority so it’s certain they will win.
( Louis-Ferdinand Céline )

When we all finally realise our leaders and politicians are motivated only by money and power, we will then understand their actions.

Our masters have not heard the people’s voice for generations and it is much, much louder than they care to remember.
( Alan Moore )

When we blindly adopt a religion, a political system, a literary dogma, we become automatons.
( Anaïs Nin )

Gordon Brown showed a cool head during that banking crisis and that was very important because we were really close to a melt-down.
My God, you would not want that kind of thing landing on your plate.
Gordon Brown and Alistair Darling did brilliantly.
( Sir Alex Ferguson )

The perfect dictatorship would have the appearance of a democracy, but would basically be a prison without walls in which the prisoners would not even dream of escaping.
It would essentially be a system of slavery where, through consumption and entertainment, the slaves would love their servitudes.
( Aldous Huxley )

The Power And Wealth ..
The power and wealth of any nation is generated by its industry, but the overpaid, over-bureaucratic parasites and small-minded, mean-spirited administrators who inhabit and multiply within acres of ugly concrete in every town and city are not bright enough to understand that their car allowance and expensively-carpeted, potted-plant-studded offices are paid for by people who have to struggle to gouge a living out of a harsh, competitive world where security means razor wire, unbreakable glass and guard dogs rather than a job for life and an index-linked pension.

Politics is the gentle art of getting votes from the poor and campaign funds from the rich, by promising to protect each from the other.
( Oscar Ameringer )

The Tory Party is the cream of society.
Thick, rich and full of clots.
( Dion Felsrow )

Politics is not a game.
It is an earnest business.
( Winston Churchill

What the experts say about  David Cameron:

If anyone had said he might be Prime Minster, I would have told them to get some help.
( Chris Blackhurst, City Editor, London Evening Standard )

He was obstructive.
( Patrick Hosking, Investment Editor of The Times )

I have heard he is not, sometimes, as nice in private as you might think.
( Michael Portillo, Tory central office )

He never wasted his time chatting to people he thought were unimportant.
( Francis Elliot and James Hanning, Cameron’s biographers )

He was a bombastic bully, dismissive of those who didn’t agree with him.
( Central office colleague who wants to remain anonymous )

In the modern world the combination of Eton, hunting, shooting and lunch at Whites is not helpful when you are trying to appeal to millions of ordinary people.
( John Bercow, Tory speaker )

The Tory Party seems to be run by old Etonians and they don’t understand how other people live.
( Sir Tom Cowie, founder of Arriva )

He is an out-and-out opportunist.
I don’t believe he believes anything.
( Robin Harris, Tory research department )

In my experience, he never gave a straight answer.
Whether he flat-out lied I won’t say, but he went a long way to leave me with the impression that the story was wrong.
( Jeff Randell, Sky News presenter )

He was a smarmy bully who regularly threatened journalists.
He loved humiliating people, including a colleague at ITV he would abuse publicly as ‘Bunter’, just because the poor bloke was overweight.
( Ian King, financial journalist )

I don’t believe for a minute he believes protecting the NHS is a good idea.
( Frazer Nelson, editor of The Spectator )

His comments show Cameron is nothing but a second-hand car dealer.
( John Prescott, Ex-Deputy PM )

I had the misfortune to work for David Cameron for a couple of months just after he was appointed to the shadow education brief in 2005.
Being an ex-journalist myself, I’ve worked for some nasty types in the past.
He was undoubtedly the nastiest.
( A comment made to Peter Hitchins, The Mail On Sunday, by a person who wishes to remain anonymous )

Jeremy Paxman: “Did you believe that politicians were treating the public as mugs when you put in a claim for £680 for removing the wisteria from your house?”
David Cameron: “Basically, I claimed for the basics of my second home.”

David Cameron is boring and still out of touch with the British public.
( Margaret Thatcher )

They’ll promise whatever they think it takes to get elected.
David Cameron is the conman of British politics, just telling people what they want to hear.
( Nick Clegg, September 19, 2009 )

Cameron seems to think it is just his turn to govern.
You can’t trust Conservatives.
( Nick Clegg, April 13, 2010 )