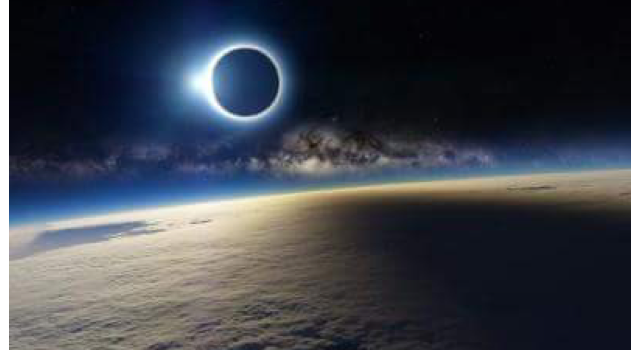 Garlic Is Said To Lower Blood Pressure ..
There are two calories in a clove of garlic.
One clove contains more than 15 antioxidants.
Garlic is also said to lower blood pressure, boost immunity, lower cholesterol and prevent some types of cancer.

The Meat Industry Is Built On Cruelty ..
The meat trade treats animals as though they were unfeeling lumps of meat on legs.
It is patently clear that animals have just as wide a variety of feelings as humans.
The whole wretched meat industry is built on cruelty.
It is quite clear that meat eating is responsible for the destruction of the environment and the fact that millions of people around the world are starving to death.
Cutting down forests to grow grain to feed cattle to make beef burgers is the direct cause of global environment problems.
Butchers’ shops are offensive to the eye.. We should not have to look at rows of dismembered corpses laid out proudly in their windows.

Where Do You Get Your Protein?..
All protein is originally made by plants.
Any protein you get from an animal source is recycled protein.
It’s much more healthier to get your protein from the plant sources.
You can avoid and even reverse a lot of life-threatening diseases by changing to a plant-based diet.

Gum Disease Can Cause Stroke ..
Stroke is caused by a disturbance of blood supply to the brain.
The most common type is an ischemic stroke, which occurs when a blood vessel that normally delivers oxygen and nutrients to the brain is blocked.
An haemorrhagic stroke is when a blood vessel bursts, causing bleeding into the brain. In any stroke the nerve cells in the affected area of the brain may die within minutes of being denied oxygen, leading to impairment of bodily functions.
An estimated 150,000 people have a stroke in Britain each year, leading to about 53,000 deaths annually. Some studies have suggested a link between Periodontal disease and heart disease. Periodontal diseases range from gum inflammation to diseases that damage the tissue and bone that support the teeth.
Gum disease is one of the main causes of tooth loss after the age of 40.
Research into heart disease has shown that micro-organisms associated with gum disease have been found in atheromas – accumulation of calcified material – in the arteries of patients. It has been suggested that toxins in these micro-organisms damage cells in the lining of the arteries. One theory is that periodontal disease may cause inflammation in the arteries and brain tissues, and cause greater amounts of compounds involved in clotting, and could result in a stroke.

Health Issues With Plastic Bottles ..
According to the scientists’ and activists’ estimate, the amount of oil used to produce plastic every day is the same amount as the oil that was spilling into the Gulf of Mexico every day from the damaged Deepwater Horizon drilling rig. And they point out that the plastic ends up in the same place – The Ocean. So that means that we are the spill, or a spill of similar proportion to the spill in the Gulf of Mexico. As for the designer water that is shipped from Fiji or France or Sweden all over the world, using jet or diesel fuel – this only adds to the amount of oil that is used by the plastic bottled water industry.
The health issue with plastic bottles is that they are made with Bisphenol A or BPA, a known ‘endocrine disruptor’, which can mimic the body’s hormones and can have side effects. BPA is used to make the plastic hard and clear, and it was developed originally as a sex hormone drug until that use was discontinued for reasons of human health and safety. BPA leaks out of the bottles into the liquids they contain, in amounts that are claimed to be safe by the plastics industry. But last year experts from five universities – London, Plymouth, Reading, Stirling and Ulster – urged the British Government to review BPA. In a letter to the Health Secretary they wrote:  “The major body of research and evidence presented over the last decade strengthens the growing consensus that low-level exposure to BPA has a significant impact on increasing the risks of developing the conditions such as cancer, diabetes, impaired brain function, and behavioral problems in mammalian laboratory animals”. Britain has not enacted any changes yet, but Japan has removed BPA from containers used by children. Canada has listed BPA as a toxic chemical and banned it from baby bottles. And there are efforts in America, France and Australia to restrict or ban the use of BPA from children’s bottles, cups and plates.

Sugar Increases The Risk Of Pancreatic Cancer ..
The damage to your teeth by consuming sugar and soft drinks may seem trivial now that research has shown they may also increase the risk of pancreatic cancer.
A new study at Georgetown University in the US looked at sugar-sweetened carbonated beverages or soft drinks and the risk of pancreatic cancer in 60,000 men and women in Singapore over a 14-year period. It found that those who drank more than two soft drinks a week almost double the risk of developing the disease.
And a second study over 16 years by the University of East Anglia, monitoring 25,000 adults in the UK, shows that those who had the most sucrose (table or white sugar) in their diet were twice as likely to get the disease as those who had the least. Some 7,500 people are diagnosed with pancreatic cancer each year in the UK. It is difficult to detect and treat, and there are few early symptoms.
Little is known about the exact causes, and it can develop for no obvious reason.
Another extensive study of 160,000 people at the University of Hawaii looked at diet and pancreatic-cancer risk, and showed that higher intakes of fructose (a sugar that occurs naturally in fruits, vegetables and honey) and sucrose led to a 35% higher risk of disease. A key role of the pancreas is to produce insulin, which helps keep sugar levels in the blood at a stable level.