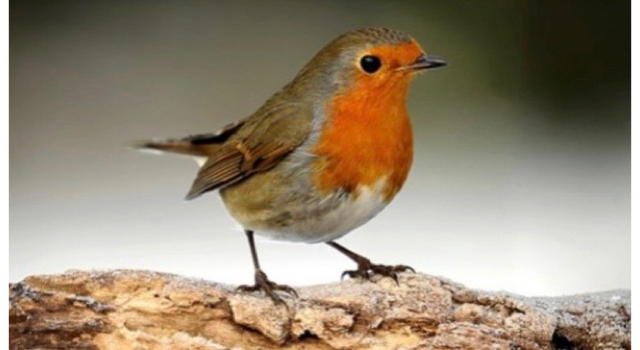 We have made it easy not to think about what animals were before we find them on our plates or pick-up pieces of their corpse from supermarket cold shelves.
( Wilfred Soon )

We cut the throat of a calf and hang it up by the heels to bleed to death so that our veal cutlet may be white.
We nail geese to a board and cram them with food because we like the taste of liver disease.
We tear birds to pieces to decorate our women’s hats.
We mutilate domestic animals for no reason at all except to follow an instinctively cruel fashion.
And we connive at the most abominable tortures in the hope of discovering some magical cure for our own diseases by them.
( George Bernard Shaw )

Auschwitz begins wherever someone looks at a slaughterhouse and thinks:
“They’re only animals.”
( Theodor W. Adorno )

He who is cruel to animals becomes hard also in his dealings with men.
We can judge the heart of a man by his treatment of animals.
( Immanuel Kant )

Japan and Hong Kong are steadily whittling away at the last of the elephants, turning their tusks into artistic carvings.
In much the same way, the beautiful furs from leopard, jaguar, Snow leopard, Clouded leopard and so on, are used to clad the inelegant bodies of thoughtless and, for the most part, ugly women.
I wonder how many would buy these furs if they knew that on their bodies they wore the skin of an animal that, when captured, was killed by the medieval and agonizing method of having a red-hot rod inserted up its rectum so as not to mark the skin.
( Gerald Durrell )

How can a so-called civilised society justify the way we abuse and torture and brutally slaughter animals?
( Dion Felsrow )

If you want to test cosmetics, why do it on some poor animal who hasn’t done anything?
They should use prisoners who have been convicted of murder or rape instead.
So, rather than seeing if perfume irritates a bunny rabbit’s eyes, they should throw it in Charles Manson’s eyes and ask him if it hurts.
( Ellen DeGeneres )

I became a vegetarian after realising that animals feel afraid, cold, hungry and unhappy like we do.
( Cesar Chavez )

If we cut up beasts simply because they cannot prevent us and because we are backing our own side in the struggle for existence.
It is only logical to cut up imbeciles, criminals, enemies, or capitalists for the same reasons.
( C.S. Lewis )

Him :  You vegan activists, how far are you willing to go?
Me   :  Well I wouldn’t be prepared to stab someone in the throat for that hamburger you’re scoffing.

Why do so many people choose cruelty when we can all lead a healthy life without inflicting suffering and brutal death on innocent animals?
( Rose Winfold )

Dear Lord,
Why did you feel the need to curse us with these cowardly creatures with guns and brains full of chicken shit?

Vivisection is a social evil because if it advances human knowledge it does so at the expense of human character.
( George Bernard Shaw )

Imagine being enslaved in a cold, steel cage that barely contains your body.
Not having the freedom to feel the grass on your feet, the wind on your skin, and what being in the sun feels like.
Welcome to the sad, miserable existence of animals on a so-called factory farm.

Cats are a mysterious kind of folk.
There is more passing in their minds than we are aware of.
( Sir Walter Scott )

There is nothing humane about bringing animals into the world to kill them.
It’s not as if killing animals is some inevitable phenomenon we all have to accept and live with.
Killing animals for human consumption is a planned, manipulated, and calculated act that we can avoid by not breeding animals in the first place.
( Colleen Patrick-Goudreau )

All beings tremble before violence.
All fear death, all love life.
See yourself in others.
Then whom can you hurt?
What harm can you do?
( Buddha )

In order to keep a true perspective of one’s importance, everyone should have a dog that will worship him and a cat that will ignore him.
( Dereke Bruce )

There are two means of refuge from the misery of life.
Music and cats.
( Albert Schweitzer )

I care not for a man’s religion whose dog and cat are not the better for it.
( Abraham Lincoln )

Cats seem to go on the principle that it never does any harm to ask for what you want.
( Joseph Wood Krutch )

Women and cats will do as they please.
And men and dogs should relax and get used to the idea.
( Robert A. Heinlein )

In the beginning, God created man, but seeing him so feeble, He gave him the cat.
( Warren Eckstein )

I looked at all the caged animals in the shelter, the cast-offs of human society.
I saw in their eyes love and hope, fear and dread, sadness and betrayal.
And I was angry.
God, I said, this is terrible. Why don’t you do something?
God was silent for a moment and then spoke softly,
“I have done something,” He replied, “I created you.”
( Jim Willis )

Rescuers are angels.
The hearts that love and care.
They find you the perfect place, a loving home that you can share.

From beasts we scorn as soulless.
In forest, field and den.
The cry goes up to witness.
The soullessness of men.
( M. Frida Hartley )

Our world is divided between those who care and those who don’t care.
And it’s sad that those who do care are in the minority.

Man is the only creature that consumes without producing.
He does not give milk, he does not lay eggs, he is too weak to pull the plough.
He cannot run fast enough to catch rabbits.
Yet he is lord of all the animals.
( George Orwell )

Non-human animals are not lesser beings, nor are they stupid.
We need to respect them all by perceiving them justly.

I ask people why they have deer heads on their walls.
They always say because it’s such a beautiful animal.
There you go.
I think my mother is attractive, but I have photographs of her.
( Ellen DeGeneres )

In Australia white settlers regarded Aborigines as a pest and hunted them down, much as kangaroos are hunted down today.
Just as we have progressed beyond the blatantly racist ethic of the era of slavery and colonialism, so we must now progress beyond the speciesist ethic of the era of factory farming, of the use of animals as mere research tools, of whaling, seal hunting, kangaroo slaughter and the destruction of wilderness.
We must take the final step in expanding the circle of ethics.
( Pete Singer )

Of all the creatures ever made, man is the most detestable.
Of the entire brood, he is the only one that possesses malice.
He is the only creature that inflicts pain for sport, knowing it to be pain.
( Mark Twain )

If a group of beings from another planet were to land on Earth.
Beings who considered themselves as superior to you as you feel yourself to be to other animals.
Would you concede them the rights over you that you assume over other animals?
( George Bernard Shaw )

Killing animals for sport, for pleasure, for adventure, and for hides and furs is a phenomena which is at once disgusting and distressing.
There is no justification in indulging in such acts of brutality.
( Dalai Lama )

There is no fundamental difference between man and the higher animals in their mental faculties.
The lower animals, like man, manifestly feel pleasure and pain, happiness, and misery.
( Charles Darwin )

Killing an animal to make a coat is sin.
It wasn’t meant to be, and we have no right to do it.
A woman gains status when she refuses to see anything killed to be put on her back.
Then she’s truly beautiful.
( Doris Day )

Our task must be to free ourselves.
By widening our circle of compassion to embrace all living creatures and the whole of nature and its beauty.
If a man aspires towards a righteous life, his first act of abstinence is from injury to animals.
( Albert Einstein )

Non-violence leads to the highest ethics, which is the goal of all evolution.
Until we stop harming all other living beings, we are still savages.
( Thomas Edison )

All suffering is caused by ignorance.
People inflict pain on others in the selfish pursuit of their own happiness or satisfaction.
( Dalai Lama )

One of the greatest crimes is the systemic torture and brutal slaughter of billions of animals in the cruelest, filthiest, most sadistic conditions, and our governments choose to protect the corporate, meat-industry criminals.

Gentleness is the antidote for cruelty.
( Phaedrus )

Hunting is not a sport.
In a sport, both sides should know they are in the game.
( Paul Rodrigues )

We patronise them for their incompleteness, for their tragic fate of having taken form so far below ourselves.
And therein we err, and greatly err.
For the animal shall not be measured by man.
In a world older and more complete than ours they move finished and complete, gifted with extensions of the senses we have lost or never attained, living by voices we shall never hear.
They are not brethren, they are not underlings.
They are other nations caught with ourselves in the net of life and time, fellow prisoners of the splendour and travail of the earth.
( Henry Beston )

When the Earth is sick, the animals will begin to disappear.
When this happens, the Warriors of the Rainbow will come to save them.
( Chief Seattle )

Don’t talk of love and peace when you have a dead animal on your plate.
( Socrates )