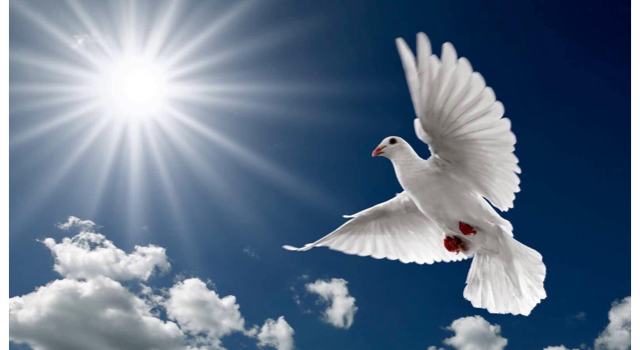 I Would Ban So Many Things Near Children ..
Arguing.
Slagging off a tot’s dad for not honouring the amount the Child Support Agency says he should provide.
Fast food, because who would put meat or sugar into a perfect, unsullied little being?
Swearing.
Being unkind.
Exposure to sunshine or a bad, bored teacher.
PE, because who would want to wear navy pants and perform a forward roll or scale a horse or climb a rope or endure a communal shower?
I threaten to stab my boyfriend if he ever starts to roll up a fag within several miles of one of my pets, so I would never condone smoking near children.
Children cannot be protected from everything.
Stimulate them, make them laugh, take them to dangerous places.
But please, don’t make them the centre of the universe.
( Liz Jones, 02.02.2014 )

If you want your children to turn out well, spend twice as much time with them, and half as much money.
( Pauline Esther Phillips, also known as Abigail Van Buren, 1918-2013 )

The State Is No Good At Childcare ..
I told you that David Cameron was a continuation of Blairism by other means.
Along with all his other mimicry of the Blair creature, his most striking policy is his determination to continue New Labour’s revolutionary plan to destroy the married family, drive women out of their homes into wage-slavery and abolish the whole concept of the father and husband.
This scheme is always disguised as something else.
It always means more State meddling in family life.
Usually it is called ‘Equality’.
But sometimes it is called ‘Children’s Rights’.
Both these expressions are lies.
Women are not more equal, but far worse off thanks to the anti-marriage revolution, as they are increasingly finding.
They must work inside and outside the home, spend endless hours driving from home to day-orphanage to work to hypermarket, and then back again, and see less and less of their children.
As for children, their supposed ‘rights’ actually mean ever-increasing power for the State to intervene in their lives.
Oddly enough, this never seems to diminish or prevent horrible abuse.
The State is no good at childcare, and nothing will ever make it any good at it.
Power and bureaucracy cannot create an ounce of love.
The State’s own care homes are notorious scenes of abuse and chaos, from which many children emerge with their lives already ruined, destined for prison or mental hospital.
( Peter Hitchens, 06.04.2014 )

My parents weren’t wealthy, but they always found a way to make sure I had everything I needed, and for that I am forever grateful.

Your children are the greatest gift God will give to you, and their souls the heaviest responsibility He will place in your hands.
Take time with them, teach them to have faith in God.
Be a person in whom they can have faith.
When you are old, nothing else you’ve done will have mattered as much.
( Lisa Wingate )

‘Child care’ actually means child neglect.
The Government is bribing us with our own money, to dump our children with strangers.
The only thing they won’t subsidise is children being raised by their own married parents.
That’s penalised, and despised.
( Peter Hitchens, 23.03.2014 )

Having A Baby Is An Act Of Love ..
For me, becoming a mother had little to do with the frilly details, lovely as they were (the tiny shoes, the milky kisses).
It had to do with sheer, unexpected, constant, exhausting physicality.
Motherhood is like doing a marathon every day, on your knees, while midgets chuck hummus-coated carrot sticks at you.
Until I had my first child, 11 years ago now, I had no idea what stamina was.
I look back and I was a mere sapling then, wafting about in the gentle breeze of work, socialising, and the groovy early years of marriage.
Then a child comes along, and overnight you’re one part washer-woman to two parts chambermaid, a doer not a thinker, your body suddenly expected to survive on mere blips of sleep and cold cups of tea.
For me, the real tale of those baby years is one of persistent backache, born of picking up increasingly heavy babies, of balancing them on one jutted hip, of breastfeeding while a cup of tea kindly prepared sat tantalisingly out of reach.
It’s a story of sore knees (you kneel a lot at bath time) and raw hands (you do a lot of cleaning as a new mum, lots of antibacterial scrubbing, with the washing machine burbling away in the background like the hum of gossips).
There’s the leaning over the cot, the burping over the shoulder, the lightning reaction as she sticks her fingers in a socket or pulls a set of encyclopedias down on her head.
There’s the vast bags of baby guff – wipes, bottles, teats, snacks, more wipes, Baby Mozart CDs, Tupperware pots of grapes (halved to stop them being a choking hazard).
I remember panic-learning the Heimlich manoeuvre.
I remember pushing a double buggy up a steep incline, Sisyphus with shopping bags (the yoghurt fell out once and cartwheeled downhill, spraying out dairy produce like an udder on the loose).
I remember the countless moments when, with soft-bottomed child attached to an arm or a thigh or a shoulder, I’d reach over to pick up something vital – a dropped dummy, a lost bread stick, a nomadic Elmer the Elephant – and find myself thinking that I would break in two, literally, right there in Sainsbury’s, in the nappy aisle with shoppers trundling past oblivious to my plight, looking for a good deal on anti-dandruff shampoo.
That, for me, was the truth of the baby years.
Hard bloody graft.
Having a baby is a draining, balancing act of love.
I wouldn’t swap any of it, of course, not for a moment, not for the world.
But I do wonder if newbie mothers really know what’s in store.
( Mimi Spencer, May 2013 )

A bad parent is simply one that puts their needs before the needs of their children.
( Eileen Hutchison, 1926-2008 )

Money Is A Major Factor In Our Decision To Delay Motherhood ..
A major new YouGov survey, carried out for the First Response Early Result Pregnancy Test campaign, showed that money is a major factor in our decision to delay motherhood.
Nearly half (46%) of women in Great Britain say the single main reason women delay motherhood is because of money and the costs involved in raising a child.
Psychologist Dr Cecilia d’Felice believes the ‘Bugaboo mentality’ – where we feel our future offspring be kitted out with top-of-the-range baby gear – is holding many would-be mothers back.
“Our materialistic culture reflects the erroneous idea that what you buy for or do with your baby shows how much you love them”, she says, “But of course there are many ways to show love to a baby, and a newborn doesn’t notice if it’s in a Bugaboo or not. For many new mothers there is so much uncertainty after having a baby, leaving them stressed and scared, so buying all the kit is a way of reassuring themselves they are doing everything right”.
For a generation of women wanting to ‘have it all’, sacrificing that hard-won career for a baby can feel like a big decision too.
“To an ambitious, hard-working women, having a baby can look like a series of major losses – loss of income, promotion, status and freedom – which all contribute to a hesitating culture when it comes to embracing family life”, observes d’Felice. “The myth of ‘perfect’ child-rearing, an invention of the advertising industry, has little to do with what babies really need and sets women up to feel like failures, whatever they do”.
( Emma Elms, October 2013 )