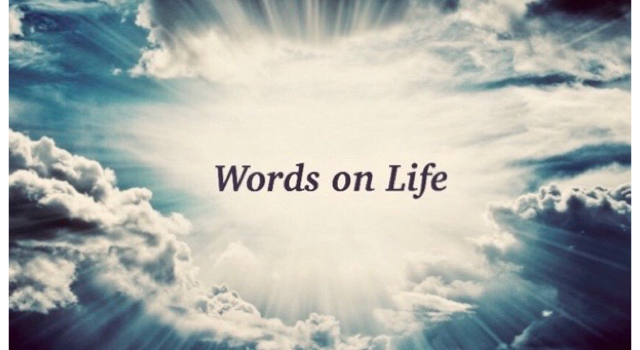 Parkinson’s Disease ..
The incurable neurological condition Parkinson’s disease is commonly regarded as affecting the elderly, but 500 people a year in the UK are diagnosed under the age of 40. One person in 20 of the 10,000 diagnosed each year is under 40.
Around 120,000 people in the UK have Parkinson’s.
Although the average age of diagnosis is 60, it is estimated that one in seven are under 50 when they are diagnosed. Those aged between 21 and 40 – around 6,000 in the UK – are said to have young onset Parkinson’s.
Parkinson’s occurs when the brain cells that produce dopamine – a chemical that enables people to make smooth coordinated movements – die.
A patient will not normally have symptoms until 70 or 80% of the dopamine-producing cells have gone.
Because Parkinson’s symptoms develop gradually and can be easily confused with other conditions, it is notoriously difficult to diagnose.
The three main symptoms are tremor, muscle stiffness and slowness of movement.
Not every patient will suffer from all three and the rate and progression varies from person to person. Other symptoms include difficulties with balance, posture, speech and writing, depression, anxiety and memory problems.
There is, as yet, no cure, but drug treatments are advancing rapidly.
Those diagnosed can expect to live a normal life span and to manage symptoms effectively for many years.

Stem-Cell Hip Replacements ..
Every year, 160,000 people in the UK have hip replacements – although the vast majority are over 60. Most are successful, but sometimes the body rejects the prosthetic, which can be made of metal, plastic or ceramic material.
Also, man-made joints wear out and need to be replaced after 15 years.
A new technique, known as combined simultaneous hip replacement with stem-cell therapy, has been developed specifically for treating difficult cases, giving an alternative to a total hip replacement. The pioneering orthopaedic procedure uses a patient’s own bone and stem cells to form a graft that rejuvenates and repairs damaged bone. Because the stem-cell technique uses grafts made from the body’s own materials, they grow like normal bone – and experts hope it could eliminate the need for subsequent replacements.
So far, this new procedure has been carried out successfully on two British patients.

Rollercoasters And Deafness ..
Rollercoasters have been found to cause the same ear injuries as those sustained by soldiers exposed to bomb blasts. The twists and turns can cause pain and temporary deafness, say scientists. Ear Barotruama is caused by sudden changes of pressure on the ear as a ride dips, rises and twists.
It can cause dizziness, pain, popping ears and, in extreme cases, deafness.

Mental Health Epidemic ..
A rising level of mental illness poses a massive threat to mankind, a brain expert warned. Professor Michael Crawford, director of The Institute of Brain Chemistry and Human Nutrition, said increasing cases of brain disorders and depression needed to be addressed to avoid a doomsday scenario. “Brain disorders have overtaken every other group of ill-health and we are facing a mental health epidemic. This is a danger to humanity itself if we do not change”. Treating mental health conditions currently costs the UK £77 billion a year. Someone once said that we could become a nation of morons and that prediction is coming true.
Research has shown a daily intake of oily fish helps combat various mental health problems as well as heart disease. Oxford University’s Alex Richardson said: “The Evidence that oily fish can benefit the brain is overwhelming. The only side effect is better health”.

The World’s Most Expensive Spice ..
Saffron is the world’s most expensive spice and costs between £500 and £3000 per pound. It is produced from fragile, crimson-coloured filaments hand-picked from tiny crocus sativus flowers that bloom for less than a month a year.
More than 100,000 of these are needed for one pound of the spice.
For thousands of years, it has been valued as an aphrodisiac, an anti-depressant and a remedy for a hangover. Traders caught passing off ‘false saffron’ in medieval Germany were burnt at the stake.
Legend has it that during the reign of Edward III, a pilgrim brought a bulb of saffron from the middle east to the town of Chipping Walden.
Its sale as spice, medicine, dye, perfume and aphrodisiac brought prosperity to the town, which became Saffron Walden.
Spain supplies 70% of the world’s saffron.
Recent studies in both Australia and Italy have found that when eaten, saffron may protect eyes from UV damage and slow down or even reverse age-related macular degeneration, the most common cause of blindness in old people.
The unique compounds found naturally in saffron include crocin and safranal.
They belong to a family called carotenoids, which includes betacarotene (a type of vitamin A). Carotenoids give plants such as carrots or red peppers their colour.
Saffron gives chicken korma, pilau rice, risotto and paella their yellow colour.
A study in New Mexico found that crocin and safranal actively prevent cancer cells from dividing. Research has found that saffron boosts immunity by helping white blood cells to mature, as well as increasing levels of enzymes that help the body break down toxins. Studies show that these compounds play key roles in preserving eyesight, protecting against cancer and preventing Alzheimer’s.
Some countries are already using saffron for treating cancerous tumours, hoping to discover the ideal dosage.

Major Mobile Phone Study ..
A major study into long-term mobile phone use began on 23rd April 2010 in a bid to find out once and for all if they pose a health risk.
Experts hope to provide a firm answer to whether handsets can cause cancer and other illnesses. They will monitor 250,000 people across Europe for 20 to 30 years.
The UK arm of the study is led by a team from Imperial College London.
Ever since mobiles came out there have been claims and counter-claims about their effect on health.

Rheumatoid Arthritis ..
There are around 350,000 rheumatoid arthritis sufferers in the UK.
An estimated 40,000 of those suffer so severely it affects their ability to work and can cause permanent deformity of the joints.
The progressively debilitating condition usually develops between the ages of 25 and 50 and it affects twice as many women as men.
Rheumatoid arthritis occurs when the body’s immune system attacks tissue around healthy joints, which swell and become painful.
Despite extensive study, doctors do not know why it happens, although genetics are thought to play a role. It can occur in any joints, but particularly the fingers, hands and feet. In severe cases it can also cause organ damage, affecting the lining of the heart and lungs. A costly new drug to treat severe rheumatoid arthritis is now available on the NHS after the manufacturer agreed to pay for the first 12 weeks of treatment. The first new drug for rheumatoid arthritis in more than a decade, cimzia is one of a class of drugs called anti-TNFs, which are highly effective in easing the pain and swelling caused by the disease. But they are expensive, costing £10,000 to £15,000 a year, leading health chiefs to limit prescribing.

Multiple Sclerosis ..
Around 100,000 people in the UK have multiple sclerosis (MS).
It is the most common disabling disorder for young adults, with women twice as likely to develop it as men.
It’s an autoimmune condition where your immune system, which normally helps to fight off infections, starts to attack your own myelin, the protective sheath surrounding the nerve fibres that carry messages between your brain and body.
As myelin is stripped from the nerve fibres, leaving scars known as lesions, these messages are interrupted.
This triggers symptoms ranging from headaches, dizziness, numbness, visual disturbances and muscle weakness to severe paralysis.
Once diagnosed, MS stays with you for life but drugs can help manage symptoms.
We don’t know what causes multiple sclerosis.
Scientists are finding more evidence about the significance of vitamin D in the development of MS. It’s long been known that the further you live from the equator, and the less sunshine you get, the more likely you are to develop MS.
This seems to be linked to a shortage of vitamin D, the nutrient made by the action of sunlight on skin.
Research has also shown that babies born in May, who developed in the womb during vitamin D – scarce winter months, are more likely to get MS in later life.
Another study found evidence that vitamin D deficiency during pregnancy could increase a child’s risk of developing MS in later life.
Australian researchers found the higher an MS sufferer’s level of vitamin D, the lower their chance of relapse.
A recent study looked at the effect of injecting patients in the early stages of MS with stem cells taken from their own bone marrow. It found that symptoms in four out of five patients improved after three years. The rest saw their condition stabilise.
Two new pills, Fingolimod and Cladribine, should be available next year (2011) which are as effective at reducing relapse rates as the current painful injections.
The once-a-day pill will mean no more hospital visits.