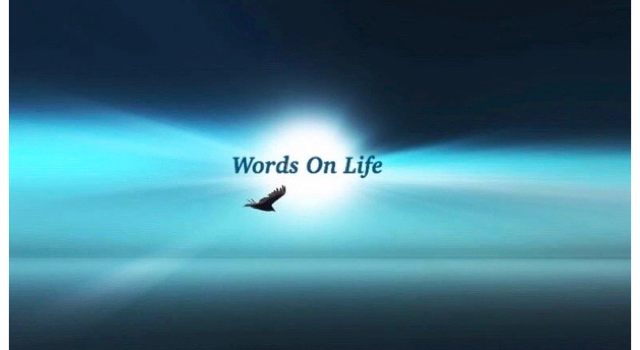 A Disaster In The Tiny South Wales Mining Village Of Aberfan ..
In October 1966, a disaster occurred in the tiny south Wales mining village of Aberfan, when a coal tip collapsed onto the local school killing 144 people including 116 children.
It was the last day of the school term.
The Queen and Prince Philip waited until they were reassured they would not be in the way and then visited the village to offer their condolences.
As they were shown the scenes of devastation, Her Majesty’s compassion overflowed and she was seen to shed a tear for the first time in public.
As the mother of four children herself she felt a deep sympathy with the parents who had lost sons and daughters.
Today the men and women in Aberfan still speak of the day they shared their grief with their Queen.

The Tragedy At Cadeby Colliery ..
On July 8, 1912, King George V and Queen Mary visited Conisbrough Castle in South Yorkshire.
Huge crowds greeted the couple, among them many miners taking an “unofficial” day off.
Their absenteeism (known locally as “laiking”) meant that only 115 pitmen reported for duty at nearby Cadeby Colliery, compared to the previous week’s tally of 449.
It was lucky laiking.
That night, 37 men were in the South Plane district of the rich Barnsley Seam, notorious for being gassy and prone to spontaneous combustion, when a methane and coal dust explosion tore through the workings.
The blast killed 35 men, but two working further away survived to raise the alarm.
Rescue teams went down to retrieve the victims, but a second, even more violent explosion ripped through the seam, killing a further 53 men.
As more rescuers descended in the pit cage for the dreadful work of recovery, thousands of grieving local people lined the entrance to the colliery.
That was how mining communities lived – constantly on the edge of tragedy, but all pulling together.
News of the disaster reached the royal couple and, in the early evening, King George and his Queen joined the mourners.
They were visibly moved.
Queen Mary shed tears.
All this took place 100 years ago, but I still can’t write about it without tears welling into my eyes.
Three more colliers succumbed to their injuries later, making a total of 91 men and boys lost from one village in this tragedy.
Such a terrible waste of life, and who remembers this little-known royal anniversary?
A centenary of grief and who commemorates their sacrifice?
The people of Cadeby do, that’s who.
In all, 426 men and boys died at Cadeby and Denaby Main collieries during 100 years of coal-getting.
And the hardship goes on, even today, because hundreds still die at work every year.
The job can be a dangerous place and the toll of death and injury is set to rise inexorably because the business-friendly Coalition is cutting back on inspections and safety regulations.
( Paul Routledge )

Oaks Colliery, Barnsley ..
Officially, it was recorded that 361 men and boys died in a series of explosions that ripped through underground workings on December 12, 1866, just an hour before the pre-Christmas shift finished.
But volunteers researching local records found that the real toll of life was at least 383, and could be even greater.
Around 162 bodies are thought to be still entombed.
Those who died ranged in age from 11 to 67 and included 27 brave rescuers killed in a second blast.
Oaks was a notoriously dangerous colliery.
In 1847, 73 men and boys died in a similar disaster, and a further 17 explosions occurred before the pit closed.

The Felling Disaster ..
Transformed into steam, and harnessed to drive machines, coal marked a point where man was freed from the reliance upon nature.
Mining the black stuff is often portrayed as heroic, but it’s also treacherous and barbaric, with the cost in human life very high.
Flooding in the dark pits was common place and the risk of explosions from miners’ axes sparking the invisible methane gas was very real.
The explosion on May 25, 1812, at a dimly lit pit in Felling, County Durham, was one of many such tragedies.
So intense was the heat generated that day that the bodies of the 92 miners killed couldn’t be retrieved and buried for a further two months.
The youngest who perished were Joseph and Thomas Gordon, aged ten and eight years old, who died along with their father, Robert.
The fate of Joseph and Thomas reveals the true human price of our collective advancement.
The two boys are in the mine’s records as ‘trappers’.
Trappers stood at doors in various parts of the pit to open them to allow the trams of coal to pass.
They then had to close them again immediately, to allow the air to flow down side corridors.
Trappers started work at 2 am and usually stayed in the pit for 18 hours, for a daily wage of five pence.
These little boys would be alone and in total darkness the whole time they were in the mine, except when a tram was passing.
Terrible as this story is, the Felling disaster acted as a stimulus for an invention that would ultimately save lives.
The eminent scientist, Sir Humphry Davy was approached by a group of clergymen who wanted to avert more mining catastrophes.
The result was the Davy Lamp, where the flame was isolated inside a tube of wire gauze.
This would prevent heat from the flame propagating, and therefore any methane in the atmosphere would not ignite.
The lamp had another useful feature – the flame changed in size when methane was about, enabling miners to detect its presence.