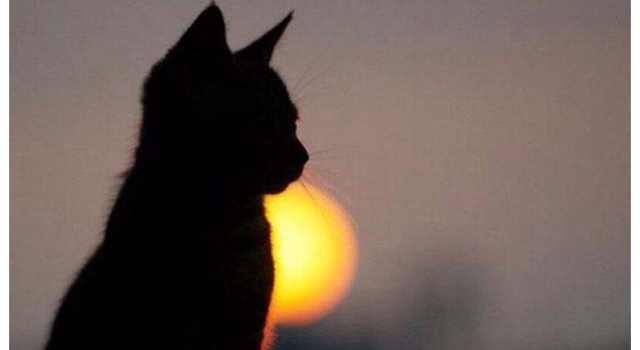 Women And Girls Are Still Vulnerable ..
The stark reality is women and girls are still a vulnerable group.
We face unconscionable levels of discrimination and violence.
Across Europe, violence is a bigger danger to women than cancer, with 45% of women experiencing some kind of physical or sexual violence.
Last year in the UK, 60,000 women were raped, over 400,000 were sexually assaulted and 1.2million suffered domestic abuse, according to the Home Office.
Yet despite this, there were only 5,651 rape prosecutions and 111,891 for domestic violence in England and Wales.
Failure of governments to protect the rights of women continues to hinder gender equality all over the world. It is a grave injustice which holds us back as a society.
( Bianca Jagger )

Sexual Violence In England And Wales ..
A joint review, the biggest-ever government report into sexual violence, by the Home Office, Ministry of Justice and Office for National Statistics estimated that there are an average of up to 95,000 alleged rapes every year in England and Wales.
Of these, the police recorded 16,000 attacks with only 2,910 cases going to court and convictions totalling 1,070, meaning only one in every 88 rape claims saw a guilty verdict.
The report calculated that one in every 200 women was a victim of a serious sex assault such as rape.
The report also estimated that one in 20 women has suffered “a serious sexual offence” since turning 16.
The report estimated that just 15% of women reported crimes to police.
The most common reason for not coming forward was that it would be “embarrassing”. Other reasons included “I don’t think the police could do much to help”. “It was too trivial”. “It was a private matter”.
Nine in 10 women also thought they knew their attacker.
The study also showed that it took up to 496 days to close a case from the day a sex offence was allegedly committed.
( Tom McTague, 11.01.2013 )

According to the UN, up to six in ten women around the world experience physical or sexual violence in their lifetime.
In South Africa, one is killed every six hours by her partner.
In Guatemala, two are murdered, on average, each day.

Our Old Folk Need And Deserve Care ..
When my mother was in the last week of her life her great fear was that she would die surrounded by strangers.
She wasn’t afraid of pain.
She wasn’t afraid of the cancer that was killing her.
And she wasn’t afraid of death.
What scared my mum was the thought that she would be taken from her home and stuck in a care home where people didn’t know her and didn’t care about her.
The Alzheimer’s Society revealed that the overwhelming majority of us have a real terror of ending our lives in a care home. What are we afraid of?
Neglect. Abuse. A total lack of anything resembling care.
Last year six “carers” at the Winterbourne View home in Bristol were jailed for “cruel, callous and degrading” abuse of elderly residents.
This awful place is unlikely to be unique.
Why are we afraid of ending our lives in care?
Because far too many care homes are dumps, in every sense of the word.
Cruel, uncaring, shabby places that are incapable of showing human compassion when it is needed the most.
Our generation has a problem with caring for the elderly that simply did not exist in the past.
These senior citizens need and deserve care that is worthy of the name.
They are not getting it.
There is no easy way to die.
But we should all be allowed to do it with dignity.
In the end my mum got her wish to die at home.
Her life had been here.
She wanted her death to be here too.
My mum had died peacefully in her sleep.
And I thank God for my mother’s life, and for the great blessing that she never had to see the inside of a care home.
( Tony Parsons )

Witches Executed In Europe ..
Starting in Italy at the instigation of Dominican monks, the craze spread through Europe like a plague.
Over the course of 300 years, up to 100,000 people – mostly women – were tortured and executed for witchcraft.
The Germans went after their witches with a gusto that uncomfortably foreshadowed more recent history.
The tiny town of Ellwangen burned 393 witches in just five years.
By contrast, the total number in England did not exceed 500.
Then, just as abruptly as it began, the witch craze ended.
The last witch to be executed in England was a senile woman from Bideford called Temperance Lloyd in 1684.
In 1736, Parliament passed a law forbidding the charge of witchcraft.
In 1619, Joan Flower and her two daughters, Phillipa and Margaret, were found guilty of having cast a deadly spell on Henry Manners, heir to the earldom of Rutland.
Joan died before she could be tried, but Phillipa and Margaret confessed to having had congress with the Devil to bring about the downfall of the Rutland family.
They were hanged for their ‘crimes’.
The reasons why the sisters failed to defend themselves will never be fully known.
The Flowers had been dismissed from service at Belvoir Castle, and harboured ill feelings towards the Rutlands.
Possibly, they had actually tried to cast spells on the family.
On the other hand, the sisters’ confessions may have been forced out of them.
The various methods used to expose witches is chilling.
Among the worst was ‘pricking’, the practise of stabbing hidden ‘teats’ that were supposedly sucked on by the Devil.
A long, thick needle was systematically thrust into all moles, scars or other marks on a suspected witch’s body until one was located that did not elicit a scream of pain.
Since Margaret and Phillipa confessed to having been sucked by the Devil, the latter ‘within the inward parts of her secrets’, it is likely that they were forced to undergo this sexual-sadistic ritual.
The Belvoir case caused an uproar.
Here was money, power and aristocracy seemingly helpless against the onslaught of sorcery.
The Earl and Countess of Rutland remained convinced of the Flowers’ guilt.
They blamed the Countess’s failure to conceive another child on them, and when Francis, their second son, died in 1620 they blamed them for that, too.
The Earl ordered his own tomb to include the inscription that their sons had ‘died in their infancy by wicked practises and sorcery’.
( Amanda Foreman )