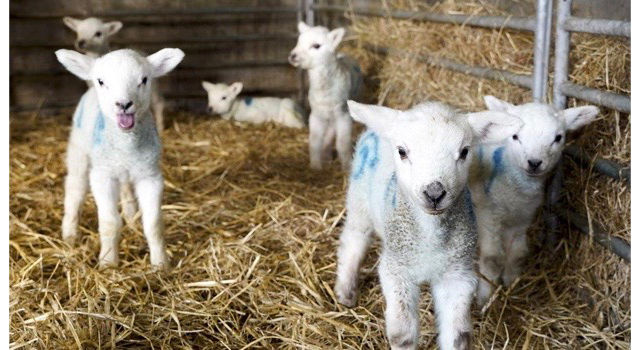 Until we allow all living creatures their place in the sun, we can never call ourselves civilised.

The vegan considers the abolition of the slaughter-house as a reform of the first importance in the reconstruction of human society.
For as long as it remains, society has no morality.
( Donald Watson )

Members of the UK Government and their wealthy mates on horses should have progressed beyond chasing innocent foxes around the countryside and having their dogs tear the poor souls to pieces.

The only time I saw pigs were the dead piglets on display in Spanish butchers, or legs of ham in restaurants and bars.
But you’re so disengaged it doesn’t shock you to see their pale soft skin on the counter.
Now I think about it, it shocks me that it didn’t shock me before.
( Dr Pía Spry-Marqués )

They try and hide their cowardly actions by calling it ‘sport’ or ‘hunting’.
When in fact it’s cold-blooded murder.

People speak sometimes about the ‘bestial’ cruelty of man.
But that is terribly unjust and offensive to beasts.
No animal could ever be so cruel as a man, so artfully, so artistically cruel.
( Fyodor Dostoyevsky )

Who will be the first supermarket or store to show mercy and compassion, decency and morality, and have the guts to stop selling animal products – and put an end to enslavement, misery, fear, terror, torture, unimaginable pain, suffering, and brutal death?

Many people are wholly unconnected to what is on their plate.
They see meat but do not see the slaughter.
( Ruth Owen )

The complete character, the true human, are those who see and hear and feel the most.
Who have the deep sympathy of understanding and compassion for all creatures on our earth.

As we talked of freedom and justice one day for all, we sat down to steaks.
I am eating misery, I thought, as I took the first bite.
And spit it out.
( Alice Walker )

All animals are here with us, none are here for us.

It’s beyond understanding when the same people who cry when their dog dies of old age will sit down and eat the flesh of young animals who have suffered abuse and pain from the moment they were born and whose life was shortened just so they can have their meal.
( Rose Winfold )

The Earth was made for all beings, not just human beings.
Many animals show more kindness and compassion than do many humans.

The vegan lifestyle is a compassionate way to live that supports life, supports fairness and equality, and promotes freedom.
( Robert Cheeke )

It’s very disturbing when you have a prime minister and government who have a perverted desire to not only kill wildlife animals for fun but to cheer and celebrate when a pack of frenzied dogs tear the poor souls to pieces.

Veganism is not about giving anything up or losing anything.
It is about gaining the peace within yourself that comes from embracing non-violence and refusing to participate in the exploitation of the vulnerable.
( Gary Francione )

Animals do not give their life to us.
We take their lives.
They struggle and fight to the last breath.
Just as you would if you were in their place.

When they are gone.
When every last life has been stolen.
How will we remember them?
Extinction is forever.

The arrogant delusion of superiority and the belief we have a God-given right to decide who lives and who dies.
( Rose Winfold )

Behind every fur, behind every piece of fur trim, there is a story of life, fear, horror and suffering.

The commonly held notion that punching and kicking an animal is cruelty but shooting them in the skull and slitting their throat is not, is so utterly ridiculous that it sounds like satire.

Surely wine is vegan, it’s just grapes.
It’s not.
Wine has animal-derived additives from eggs, fish bladders. And pig trypsin, which is banned in the EU but used in the US, is secreted by the pancreas and used to break down the proteins in wine and clarify the drink.
The less meat we consume overall the less we have for byproducts used in some other way.
We use every little part of the animal and if we’re going to be killing them we might as well.
But if the consumption of meat decreases then we’ll need to find alternatives.
( Dr Pía Spry-Marqués )

We must always remember that our world leaders and politicians are also responsible for the misery and the suffering of animals.
They have the power and the resources to end both animal and human suffering.
But they choose not to.

When I read of the possible annihilation of the elephant or the whale, or the pouring of oven cleaner or cosmetics into the eyes of live kittens, or the close confinement of pigs and calves in lightless pens, I feel myself confronted by human stupidity, which I recognise as an enemy.
The connection between stupidity and cruelty is a close one.
( Christopher Hitchens, 1949-2011 )

Several studies now confirm that pigs are more intelligent than the despicable creatures who abuse and slaughter them.

When you describe an action as being ‘humane’, it is an action you are prepared to have done to yourself.
If you are not, it’s not humane.

Once the facts have been presented, you’d have to be wilfully ignorant to continue eating animal products.
( Stephen Hawking, 1942-2018 )

We can judge the character and the hearts of people by the way they treat animals.

We share this planet with wonderful and amazing animals and creatures.
If you can’t show them kindness and compassion.
Then at least do them no harm.

People saying that vegans are weak clearly have no idea of how much strength it takes to stand up for what you believe in.

The small number of folk who truly care must educate the arrogant many that all life is as precious as their own.

The systematic torture of sentient beings, whatever the pretext and in whatever form, cannot achieve anything more than it already has.
To show us what is the lowest point of debasement man can reach.
( Joaquin Phoenix )

The Dairy Industry.
The only place where rape victims, who cry for days over their stolen babies, are depicted as being happy.

Those who put their ‘taste’ above unimaginable pain and suffering tells us everything about them.

In one week, more farmed animals are killed than the total number of people killed in all wars throughout history.
( Melanie Joy )

Vegan is not extreme.
What’s extreme is that we say we love animals yet pay people to torture, abuse and kill them just because we like the taste of their dead bodies.
Now that is extreme.

Eating meat isn’t something humans inherently do.
Isn’t it strange that in the UK we happily scoff pulled pork but not pulled dog?
We’re conditioned by an invisible belief system that encourages us to eat animals which is shared by all meat-eating cultures.
If you think about the millions of different animals out there, we’ve only chosen a few that we class as edible.
The others are seen as disgusting.
Just imagine eating a rat.
( Dr Pía Spry-Marqués )

The truth has long been met with anger before acceptance.
Soon we’ll see eating animal flesh and drinking animal milk as another barbaric relic in our history.

As long as people will shed the blood of innocent creatures there can be no peace, no liberty, no harmony between people.
Slaughter and justice cannot dwell together.
( Isaac Bashevis Singer )

Saying the flesh of animals tastes good as a justification for killing them is pretty much the same argument as saying rape is okay since it feels good to the rapist.
Civilised people require more than sensory pleasure to justify behaviours.

So I started thinking to myself, jeez, I’ve always been told nothing but ‘milk does a body good’.
It’s a fundamental thing.
So from there it was like, what else are they lying about?
I just started realising there are all these things we’re brought up to believe that are just a total hoax, just bullshit advertising, you know?
( Woody Harrelson )

Few people see the beauty that surrounds them and the wealth of love and warm affection in the soul of animals.

Not a single creature on our planet has been free from the exploitation and the persecution of man.

If you kill a dog you are a psychopath.
If you kill a pig you are normal.
If you don’t kill anything but protest at the killings you are an extremist.

In the USA alone, three times as many animals await to be slaughtered as there are people on the entire Earth.

Fox ‘Hunting’ Is Cruelty Dressed Up As Sport ..
The pompous, posturing, red-jacketed oafs and the sick cronies who follow them don’t have the dignity of the animals they are chasing.
The barbaric activities of these gangs of posh, rural thugs is unnatural and very disturbing.
It’s cruelty dressed up as sport.
They seem to have a driven, blood-thirsty need and desire to inflict fear and pain on innocent, defenceless animals.
They are, without exception, among the cruellest, most thoughtless, most evil members of our community.
Male ‘hunters’ are invariably impotent and women who ‘hunt’ climb on horses purely for the clitoral stimulation.
( Rose Winfold )

Pay towards the brutal murder of animals.
Ignore their pain and suffering.
Be cruel.
Be selfish.
Be stupid.
Be sick.
( Dion Felsrow )

A prison for animals who committed no crimes is what a zoo is.
( Lamine Pearlheart )

Those who are incapable of pitying animals are, as a matter of fact, incapable of pitying men.
A physician who would cut a living rabbit in pieces, laying bare the nerves, denuding them with knives, pulling them out with forceps, would not hesitate to try experiments with men and women for the gratification of his curiosity.
( Robert Ingersoll )