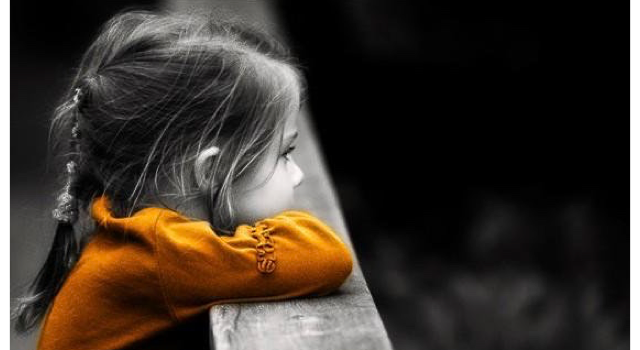 Shameful Neglect Of Children ..
Child poverty scars kids for the whole of their lives, crushing dreams and cruelly robbing the young of hope.
The leap in the number of boys and girls living in poor homes, their parents lacking enough money to give them a decent start in life, is a grotesque stain on this Conservative-Liberal Democrat Government.
We were critical of the last Labour Government when it missed ambitious targets to give youngsters a comfortable childhood, yet Tony Blair and Gordon Brown still threw a lifeline to hundreds of thousands of kids.
So we condemn unreservedly David Cameron and Nick Clegg for the shameful neglect of children as hundreds of thousands more are dumped below the breadline.
The Prime Minister and his deputy would not want their own children to miss hot meals, clothes, toys and holidays.
That they allow poverty to mar the childhoods of increasing numbers in other families is a disgrace.
( Daily Mirror, 14.06.2013 )

My Father Taught Me ..
My father, an actor, didn’t believe in owning things.
He believed in travelling the world and doing what you want.
When I was five he took my family and lots of other people out to India.
We moved from hotels to hostels to digs – we never owned a house.
My possessions had to fit in one trunk.
My father taught me what little you need and what is important in life.
I wasn’t handed anything on a plate except a very strong work ethic and I look back now and am very grateful to my parents for giving me that.
And a tremendous amount of love.
I used to wish I hadn’t made mistakes, but now I’d say every mistake you make gets you to where you are now.
( Felicity Kendal )

Children Living In Poverty ..
Almost one in three children is living in poverty, according to shock figures.
The number of youngsters on the breadline is up 300,000 to 2.6million under the Coalition.
But with housing costs factored in it rises to 3.8million – and 67% are in working families.
Matthew Reed, of the Children’s Society, said “It’s shameful that as one of the world’s richest countries child poverty is being allowed to increase.”
The figures for 2011-12 were in the same year the Coalition cut £1.5billion of support for low-income families.
( Jason Beattie, 14.06.2013 )

My Full-Time Job Is Being A Mother ..
As my children (Ava, 13, Deacon, 9, and Tennessee, eight months) are getting a bit older, I feel it’s so important to be there with them as much as possible.
I have very little enthusiasm to spend three or four months on a film set and not be part of their lives or disrupt their education.
It’s not fair to them and I also feel much happier being a mother and enjoying my life with my family.
Working in Hollywood is more of a diversion for me now.
I still love acting, but my full-time job is being a mother.
I like being home when they wake up, making their breakfast, taking them to school, helping them with their homework and enjoying dinner, and putting them to bed.
That’s my real job.
It’s strange but sometimes I find myself repeating the phrases my mother used or little rules she imposed on me while I was growing up.
I laugh when I catch myself doing that.
( Reese Witherspoon )

Growing Up In The Sixties ..
Growing up in the Sixties, I was a free-range child – we all were.
From the age of eight or nine, at weekends and during school holidays, my mum would pack me off to explore the outside world.
As I went out the door, she gave me one simple instruction: ‘Be back home for tea.’
For me, and for all the boys and girls of my generation, this was a passport to freedom.
We climbed trees and built dens, picked flowers and played conkers, and filled jam-jars to bursting with frogspawn.
Occasionally we indulged in more dubious pastimes, such as scrumping apples and taking the odd bird’s egg.
I don’t want to give the wrong impression – that we lived in some kind of rural idyll, like something out of Swallows And Amazons.
In reality, I grew up on a housing estate on the edge of London’s suburban sprawl.
We used to play in the scrubby strip of woodland that ran along the back of my house, which we called ‘the forest’, or the local gravel pits – for us a real-life adventure playground.
Back in the Sixties, my friends and I weren’t posh or privileged, with doting parents to take us on country walks.
Exploring the natural world was just one of the things we all did to quell the constant threat of boredom.
Remember, children’s TV was only on for a couple of hours each afternoon, and mobile phones and home computers were still decades into the future.
We would often come home with grazed knees and torn trousers, much to our mum’s annoyance.
Sometimes we got caught in the rain, and on one memorable occasion I plunged waist-deep into muddy water in pursuit of an escaping frog.
But most of the time we simply had fun.
( Stephen Moss, 09.04.2012 )

Playing In A Virtual World ..
In their early years, children grow best in an environment of physical interaction with the natural world. Running in fields, climbing trees, playing about in the mud and wondering at an empty sky.
But increasingly, their free time is taken up by playing in a virtual world.
( Sally Goddard Blythe, Institute for Neuro-Physiological Psychology )

A Pillow Over The Head ..
Until the advent of the welfare state, many urban families lived in a permanent state of near-starvation.
White bread was the staple diet, eaten with jam containing so little fruit that wood chips were sometimes added to mimic pips.
Infectious diseases were rampant, and poor families could seldom afford to call a doctor.
At the turn of the century, Seebohm Rowntree, the social reformer and chronicler, found that in one impoverished York parish a third of children died before their first birthday – compared with fewer than one in ten among the ‘servant-keeping classes’.
Not all these children died from natural causes.
In 1900, the infant murder rate was 15 times what it is today.
In the days before contraception or abortion, a pillow over the head was a brutal form of family planning.
They had children chiefly to shore up the family finances.
Children were expected to go to work as soon as possible and support their parents in old age.
This is one respect in which childhood has been utterly transformed in the modern era.
Far from contributing to the family coffers, our offspring have to be subsidised for two decades or more.
( Jemima Lewis )

Some Are More Equal Than Others ..
One type of political hypocrisy is particularly galling for those parents who each year battle to ensure that their children get into oversubscribed state schools.
Politicians of all parties repeatedly manage to obtain for their own children what they deny to others.
The latest to do so is Helen Grant MP, whose ministerial responsibilities include equality.
She has got her son into a renowned selective grammer school, many miles from her home.
The method she has used to do so is lawful, if unappealing.
But that is not the point.
If she believes such schools are good, then she should not belong to a Government which flatly refuses to allow any more of them to open.
Truly, some are more equal than others.
( The Mail On Sunday, 24.03.2013 )