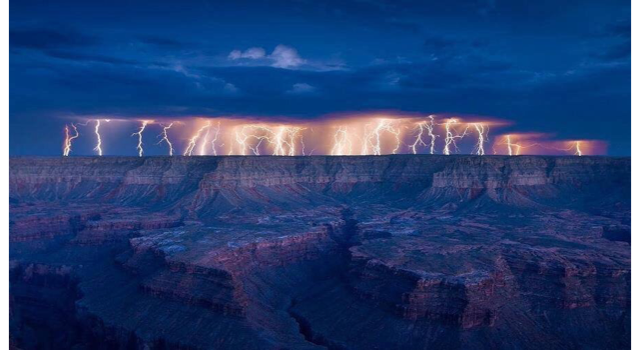 You only live twice. Once when you’re born.
And once when you look death in the face.
( Ian Fleming )

There’s no rule that says you have to live your life like everyone else.

Things we lose have a way of coming back to us in the end.
If not always in the way we expect.
( J.K. Rowling )

When an idiot or a fool or a cheat is unable to dispute or challenge the truth they will often resort to childish name-calling or abuse in a pathetic attempt to ridicule and discredit the person or persons who state the the truth.

Life is short.
Never pass up the opportunity to make someone smile.
Or tell someone what an idiot they are.

Fear not death for the sooner we die, the longer we shall be immortal.
( Benjamin Franklin )

Look after yourself first, the rest of the world can wait.

Be both forgiving and understanding, but do not be a fool.

One lives in the hope of becoming a memory.
( Antonio Porchia )

The funny thing about facing imminent death is that it really snaps everything else into perspective.
( James Patterson )

Reality means you live until you die. The real truth is nobody wants reality.
( Chuck Palahniuk )

Death is no more than passing from one room into another.
But there’s a difference for me, you know.
Because in that other room I shall be able to see.
( Helen Keller )

Death is not the opposite of life, but a part of it.
( Haruki Murakami )

To have been loved so deeply, even though the person who loved us is gone, will give us some protection forever.
( J.K. Rowling )

If I die, I will wait for you, do you understand?
No matter how long.
I will watch from beyond to make sure you live every year you have to its fullest.
And then we’ll have so much to talk about when I see you again.
( Jeaniene Frost )

Every man’s life ends the same way. It is only the details of how he lived and how he died that distinguish one man from another.
( Ernest Hemingway )

For what is it to die but to stand naked in the wind and to melt into the sun?
And when the earth shall claim your limbs, then shall you truly dance.
( Kahlil Gibran )

It’s true, I am afraid of dying.
I am afraid of the world moving forward without me, of my absence going unnoticed, or worse, being some natural force propelling life on. Is it selfish?
Am I such a bad person for dreaming of a world that ends when I do? I don’t mean the world ending with respect to me, but every set of eyes closing with mine.
( Jonathan Safran Foer )

The first time you meet someone special, you can count on them one day being dead and in the ground.
( Chuck Palahniuk )

He died that day because his body had served its purpose. His soul had done what it came to do, learned what it came to learn, and then was free to leave.
( Garth Stein )

Optimism is the faith that leads to achievement.
Nothing can be done without hope and confidence.
( Helen Keller )

While one person hesitates because he feels inferior.
The other is busy making mistakes and becoming superior.
( Henry C. Link )

Class is an aura of confidence that is being sure without being cocky.
Class has nothing to do with money.
Class never runs scared. It is self-discipline and self-knowledge.
It’s the sure footedness that comes with having proved you can meet life.
( Ann Lander )

The tragedy of life is not found in failure but complacency.
Not in you doing too much, but doing too little.
Not in you living above your means, but below your capacity.
It’s not failure but aiming too low.. That is life’s greatest tragedy.
( Benjamin E. Mayes )

Live your life each day as you would climb a mountain.
An occasional glance towards the summit keeps the goal in mind, but many beautiful scenes are to be observed from each new vantage point.
( Harold B. Melchart )

Your past is not your potential.
In any hour you can choose to liberate the future.
( Marilyn Ferguson )

We must find time to stop and thank the people who have made a difference in our lives.
( Dan Zadra )

Most of the important things in the world have been accomplished by people who have kept on trying when there seemed to be no hope at all.
( Dale Carnegie )

Any fool can criticize, condemn, and complain. And most fools do.
( Benjamin Franklin )

It is understanding that gives us an ability to have peace.
When we understand the other fellow’s viewpoint, and he understands ours, then we can sit down and work out our differences.
( Harry S. Truman )

There will come a time when you believe everything is finished.
That will be the beginning.
( Louis L’Amour )

It’s not differences that divide us.
It’s our judgments about each other that do.
( Margaret Wheatley )

Few things help an individual more than to place responsibility upon them and to let them know that you trust them.
( Booker T. Washington )

Power is of two kinds.
One is obtained by the fear of punishment and the other by acts of love.
Power based on love is a thousand times more effective and permanent than the one derived from fear of punishment.
( Mahatma Gandhi )

No matter how plain a woman may be, if truth and honesty are written across her face, she will be beautiful.
( Eleanor Roosevelt )

Don’t be afraid of enemies who attack you.
Be afraid of the friends who flatter you.
( Dale Carnegie )

Any fool can be happy.
It takes a man with real heart to make beauty out of the stuff that makes us weep.
( Clive Barker )

I have a dream that one day little black boys and girls will be holding hands with little white boys and girls.
( Martin Luther King Jr. )

Though the road’s been rocky it sure feels good to me.
( Bob Marley )

Do not worry about your difficulties in Mathematics.
I can assure you mine are still greater.
( Albert Einstein )

The rights of every man are diminished when the rights of one man are threatened.
( John F. Kennedy )

Sometimes you can see things happen right in front of your eyes and still jump to the wrong conclusions.
( Jodi Picoult )

I am always doing that which I can not do, in order that I may learn how to do it.
( Pablo Picasso )

When each day is the same as the next, it’s because people fail to recognize the good things that happen in their lives every day that the sun rises.
( Paulo Coelho )

One life is all we have and we live it as we believe in living it.
But to sacrifice what you are and to live without belief..
That is a fate more terrible than dying.
( Joan of Arc )

Remember me when I am gone away.
When you can no more hold me by the hand
And afterward remember, do not grieve.
Better by far you should forget and smile.
Than that you should remember and be sad.
( Christina Rossetti )

Everyone dies alone. That’s what it is. It’s a door. It’s one person wide.
When you go through it, you do it alone.
But it doesn’t mean you’ve got to be alone before you go through the door.
And believe me. You aren’t alone on the other side.
( Jim Butcher )

Do not look back and grieve over the past. For it is gone.
And do not be troubled about the future. For it has yet to come.
Live in the present. And make it so beautiful that it will be worth remembering.
( Ida Scott Taylor )

There is no elevator to success. You have to take the stairs.

I am convinced that most people do not grow up.
We marry and dare to have children and call that growing up.
I think what we do is mostly grow old.
We carry accumulation of years in our bodies, and on our faces, but generally our real selves, the children inside, are innocent and shy as magnolias.
( Maya Angelou )

The willingness to accept responsibility for one’s own life is the source from which self-respect springs.
( Joan Didion )

I realise that life is risks. It’s acknowledging the past but looking forward.
It’s taking a chance that we will make mistakes but believing that we all deserve to be forgiven.
( Carrie Ryan )

No one else can see the world the way you see it.
No one else can feel your life the way you feel it.
Thus it is impossible to ever compare two people because each stands on such different ground.
When you compare yourself to others, you are inviting envy into your consciousness.
It can be a dangerous and destructive guest.
( John O’Donohue )

Never stop just because you feel defeated.
The journey to the other side is attainable only after great suffering.
( Santosh Kalwar )

I hope you live a life you’re proud of.
If you find that you’re not. I hope you have the strength to start all over again.
( Eric Roth )

Life is boring. People are vengeful. Good things always end.
We do so many things and we don’t know why, and if we do find out why, it’s decades later and knowing why doesn’t matter any more.
( Douglas Coupland )

There is a very fine line between loving life and being greedy for it.
( Maya Angelou )