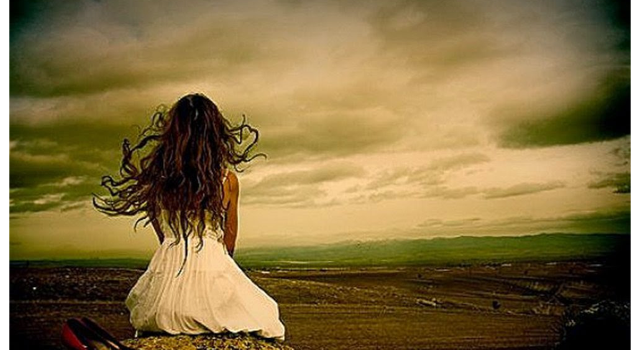 Does ADHD Really Exist? ..
No, says Priscilla Alderson, Professor of Childhood Studies at the Institute of Education, University of London.
She said a host of medical complaints, including ADHD, are being used to excuse bad behaviour at home and in the classroom.
Fred A Baughman, MD, says, “ADHD is a total, 100% fraud”.
He says, “ADHD is wholly devoid of validity as a disease, a medical syndrome or anything biologic or organic”.
He says, “Millions of entirely normal children are being ‘treated’ with powerful drugs”.
Paul Routledge says, “I don’t believe that ADHD is a genuine illness”.
Peter Hitchins says, “Children, especially boys, are drugged with powerful stimulants because it is claimed they are suffering from syndromes or disorders – fancy words for subjective and unproven diagnoses.”
The Daily Mail Health Doctor says, “The diagnoses of ADHD are a minefield. I don’t believe the statistics that condemn so many children to this label are fair.”
The Mental Health Foundation says, “One of the main concerns about using stimulant medication is that these drugs may be used too readily to deal with behaviour problems which are not due to ADHD at all.”
The Daily Mail Health Doctor says, “Many experts think that some children are just naturally boisterous, and those needless pills are causing terrifying side-effects.”
The National Advice Service fact sheet says, “It is still uncertain exactly why children get ADHD. It is a difficult condition to diagnose as the main symptoms are found, to some degree, in most children”. ADHD was ‘invented’ in the USA in 1980.
Did they identify an old disease, or did they ‘invent’ a new one?

Stop Drugging Our Children ..
Countless children labeled hyperactive are being subdued with drugs.
But many experts think they’re just naturally boisterous, and those needless pills are causing terrifying side-effects.
At the end of 2005 the British Drug Watchdog found there had been more than 6,000 reports of serious psychiatric side effects involving these drugs.
Side effects included suicidal thoughts and hallucinations.
Dr. Helen Likierman and Valerie Muter, chartered clinical psychologists, say that many professionals are worried by side effects, which include damage to the cardiovascular and nervous systems.
The clinical experience of nutritionists, suggests that dietary changes can make a big difference to hyperactive children, reducing sugar intake and treating deficiencies in minerals such as zinc and magnesium, these can all lead to improvements.
And there are sound biochemical reasons why they should have an effect.
Some parents see an improvement in their child’s behaviour when certain foods are removed from the child’s diet.
Caffeine (found in chocolate and some fizzy drinks), artificial colourings and some fruit cordials.
Sweets and other food containing six e-number colourings (E102, E104, E110, E122, E124, and E129) which increase hyperactivity in children will have to carry a health warning following a ruling by the European Parliament (8 July 2008).
Dr. Peter Kinderman, professor of clinical psychology at the University of Liverpool, said he thinks there are a lot of children out there taking medication for problems which lie in the normal spectrum and the medication is doing them more harm than good.
The NHS says healthcare professionals should stress the value of a balanced diet, good nutrition and regular exercise for children.
Children, especially boys, are being drugged with powerful stimulants because it is claimed they are suffering from syndromes or disorders – fancy words for subjective and unproven diagnoses, used by doctors and others who ought to know better.

ADHD Kids Often Have Low Self-Esteem ..
ADHD kids often have low self-esteem as they’re used to getting into trouble and constantly being told off.
Say “Well done” when they do something right to give them a real boost.
Shouting will escalate situations and make behavioural problems worse.
It takes a lot of patience but children with ADHD respond best to sensitive handling and consistent guidance.
Parental attention can work better than drugs at improving behaviour.
Instead of seeing your child as difficult, see them as energetic.
One of my sons displayed several ADHD symptoms as a child – we chose to see him as creative and exciting but we understood we had to be more vigilant with him as he could be very impulsive.
( Dr Miriam Stoppard, 18.07.2008 )

Replacement For Ritalin ..
Many doctors are now prescribing Concerta XL instead of Ritalin.
Concerta XL tablets contain the active ingredient Methylphenidate Hydrochloride, which is a type of medicine called a stimulant.
The manufacturer of Concerta XL, Janssen-Cilag, says, “We still don’t fully understand how stimulants work in children with ADHD, and they don’t work for everyone.
If there has been no improvement in the child’s symptoms after one month of treatment with this medicine it should be stopped.”

Our Neglected Children ..
We know that the upbringing of many children of all classes is a national disgrace, a sickly mixture of neglect and indulgence by absent, busy adults who cannot be bothered to bring up their own young with care and authority.
How can we really believe that this abandoned generation are unaffected by the diet of callousness, violence and crudity which we expose them to when we leave them unsupervised with the TV set or the computer?
The way we raise our young makes feral behaviour more likely.
The solution lies in the restoration of self-discipline, strong unbroken families, adult authority and firm moral teaching, backed by a justice system that actively frightens the wicked.
Prisons can do nothing for their inmates or for society as a whole, unless they first and above all punish the prisoners in an orderly and exemplary way.
‘Rehabilitation’ is a flatulent fantasy.
It is not our prisons which are ‘colleges of crime’.
It is modern Britain which is a college of crime, rewarding the wrong-doer and abandoning the neglected children.

Children Continue To Be Abused ..
It has been proven in many studies that all hyperactive children need is plenty of exercise, love, care and attention, and a non-junk food, low sugar, diet.
Invented 30 years ago by an American drug company, the medical profession still can’t tell us what causes ‘ADHD’.
And yet they are still prepared to give young children drugs that have horrific side-effects.
If the child is lucky enough not to suffer side-effects, all these drugs do is dull the child’s brain and stop him behaving like a normal lively person.
It has been suggested by some scientists that these drugs may be the cause for the high number of teenage suicides and attempted suicides in the UK.
The medical profession receive huge bungs from the drug companies, so they’re quite happy to leave things as they are.
In the meanwhile our children continue to be abused.