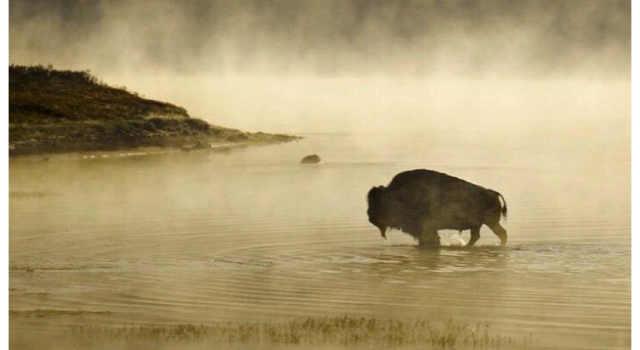 The Needless Drugging ..
Smack in the middle of our society sits a great and dangerous scandal, which you can help to stop by protesting against it and by refusing to be taken in by it any longer.
At present you are paying for it (at least £250million a year) out of your taxes.
Somebody you know, perhaps a close neighbour or a relative, may be the victim of it.
It involves the needless drugging of hundreds of thousands of healthy people, many of them children. It is exposed this week in a new book that should be read by every doctor, and also by everyone in politics and the media, not to mention any concerned citizen. The book, Cracked – Why Psychiatry Is Doing More Harm Than Good, by James Davies, is calmly and clearly written in straight-forward layman’s English.
The author has serious academic qualifications which entitle him to take a view on the subject. He has spoken to a wide selection of experts.
And he shows that most of what we believe about modern mental health medicine is wrong. You will gasp with amazement at the sheer nerve of the medical profession, as you turn its pages.
Here is what it shows:
There is no objective scientific diagnosis (and so no objective treatment) for almost all so-called mental illnesses. They are defined every few years by a committee, which once described homosexuality as a sickness (and now doesn’t).
It is currently seriously considering an illness called ‘Complicated Grief Disorder’, for those who grieve over a bereavement for more than six months.
There is no scientific proof, repeat, none at all, repeat none whatever, for the idea (still believed by millions) that depression is caused by a chemical imbalance in the brain, though this is the whole basis for most antidepressant prescriptions.
Drug companies control the research into their own products.
They fail to publish results that suggest their pills don’t work.
They doctor results to make their pills look better than they are.
In most cases, there is no significant difference in effect on depression between antidepressant pills and dummy sugar tablets.
But the pills do have potent side effects (often these are most radical when people stop taking them, which is why they should only be given up under medical supervision).
Government regulation of this behaviour is feeble.
Many of the medical experts who recommend these pills, in the media and to other doctors, receive large fees from the drug companies, without disclosing this.
Many medical journals gain substantial income from large orders for reprints, which come from the drug companies.
The profits from this industry are colossal.
Doctors who fail to toe the line lose valuable consultancy work, and in one case a leading psychiatrist had the offer of a major professorship withdrawn after he delivered a lecture criticising antidepressants.
There it is, going on near you, a grave disgrace that you can help to end.
Will you?  Or will you walk on by?
( An extract from an article by Peter Hitchens, 12.05.2013 )

The Miracle Flu Drug? ..
Tamiflu is supposed to be the miracle flu drug. Patients across the UK rely on it.
In medicine cupboards everywhere patients have eagerly stockpiled it, and in some winters there has even been talk of rationing.
The Government itself has spent £500million on stockpiling the drug to keep the country from collapse in the wake of a bird-flu epidemic, since it’s supposed to reduce the risk of pneumonia and death.
And yet for all we know, Tamiflu might be no better than paracetamol, because Roche, the company making it, still withholds vital information on the risks and benefits from researchers, doctors and patients. As a result, we doctors are prescribing the pills in the dark, exposing patients to possible harm and potentially wasting vast quantities of public money. But that is just the beginning. Because, amazingly, there is nothing illegal about what Roche has done, and there is nothing unusual about it either.
Patients throughout the UK may be suffering – on a scale we are only just beginning to comprehend – because of a vast, ongoing ethical scandal in medicine.
Under current legislation, drug companies and researchers are perfectly entitled to withhold information about whether medicines work or not, even though doctors desperately need that data to make informed decisions.
As a doctor, I am passionate about ‘evidence-based medicine’. GPs and patients making informed decisions about which treatment works best.
But this is undermined when we can see only the studies that companies and researchers choose to give us. As a result, the effects of a drug may be wildly exaggerated, and the relative risks of treatment underplayed.
Even more astonishingly, despite 25 years of evidence that trial results are withheld from doctors and patients, the very people we trust the most have failed to act.
Not one of the ‘Royal Colleges’ of medicine, psychiatry or general practice has condemned this activity.
The patient groups – many of whom receive huge amounts of industry funding – have all remained silent, despite potential harm to their members. And medicine regulators have even conspired with industry, withholding information from doctors.
The European Medicines Agency occupies a beautiful building in London’s Docklands where everyone must speak three European languages, and many of these 600 bureaucrats are on six-figure salaries. They approve medicines for use in the UK and are supposed to protect us from the worst excesses of drug companies.
Yet they spent nearly four years withholding data on the risks and benefits of two weight-loss drugs. Worse still, while the regulator insisted the public had no right to this information, one of the drugs – Acomplia – had to be taken off the market. It’s harms outweighed its benefits.
As a doctor, I am ashamed of my profession’s inaction on the most important ethical issue facing us today.
( An extract from an article by Dr Ben Goldacre, 02.12.2012 )