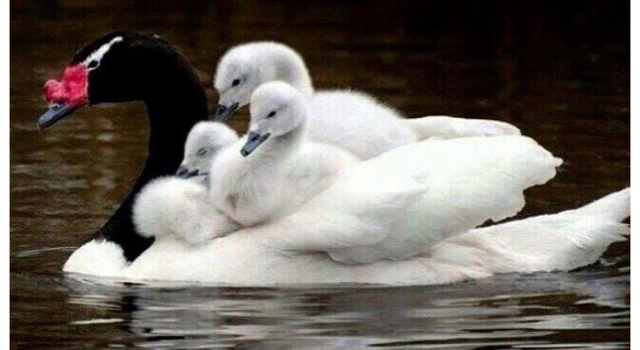 The very word “secrecy” is repugnant in a free and open society.
( John F Kennedy )

Light travels faster than sound which is why some people appear bright until you hear them speak.

There are two sides to every question. My own and the wrong side.

I keep my friends as misers do their treasure, because, of all the things granted us by wisdom, none is greater or better than friendship.

While we ponder when to begin. It becomes too late to do.

Ambition does not see the earth she treads on.

Deceit for personal gain is one of history’s most recurring crimes.
( Criss Jami )

Prefer a loss to a dishonest gain.

Honesty is the first chapter in the book of wisdom.

God looks at the clean hands not the full ones.

We are what we are because we have been what we have been, and what is needed for solving the problems of human life and motives is not moral estimates but more knowledge.
( Sigmund Freud )

To be fond of learning is to be near to knowledge.

No legacy is so rich as honesty.

A bore is a person who talks when you wish him to listen.

Work is a luxury for the rich and a curse for the poor.

You are free the moment you do not look outside yourself for someone to solve your problems.

The true measure of success is not what you have.
But what you can do without.

There is never a wrong time to do the right thing.

When one does not have what one wants, one must want what one has.
( Sigmund Freud )

Softly the leaves of memory fall.
Gently we gather and treasure them all.

To be prejudiced is always to be weak.

There should be more rejoicing over one wrongdoer who is sorry than over one hundred good people who don’t need to repent.

We are beginning to discover that our problem is worldwide, and no one people of the Earth can work out its salvation by detaching itself from others.
Either we shall be saved together or drawn together in destruction.
Only when man succeeds in developing his reason and love further than he has done so far, only when he can build a world based on human solidarity and justice, will he have found a new, human form of rootedness, will he have transformed his world into a true, human home.
( Rabindranath Tagore )

Never look down on anybody unless you’re helping them up.

The habit of going to the bottom of things usually lands a man on top.

Give me the luxuries of life and I will do without the necessities.

Nothing that is mentally our own can ever be lost.
( Sigmund Freud )

Some people can be a lot more stupid than you give them credit for.

He who knows and knows that he knows is a wise man.

Thinking is just a matter of talking to yourself intelligently.

We live in a time when our children are taught falsehoods in school.
And adults who dare to tell the truth are ignored or ridiculed.
( Rose Winfold )

Nothing is more difficult than to be able to decide.

Intelligence is quickness to apprehend as distinct from ability, which is capacity to act wisely on the things apprehended.

Behold the turtle.. He makes progress only when he sticks his neck out.

Our worth is determined by the good deeds we do.
Rather than by the fine emotions we feel.

He who does not hope to win has already lost.

He that is slow to anger is better than the mighty.

We live in a time when our politicians, and the media that supports them, lie to the people, and those who dare to tell the truth are ignored or ridiculed.
( Rose Winfold )

You must learn from the mistakes of others.
You can’t possibly live long enough to make them all yourself.

Change is the law of life.
And those who look only to the past or present are certain to miss the future.

The path of duty lies in the thing that is nearby.
But men seek it in things far off.

Don’t carry a grudge.
While you’re carrying the grudge the other guy’s out dancing.

The Government’s aim is getting the masses to hate the people who are being oppressed, and love the Government, who are the oppressors.
( Rose Winfold )

The greatest mistake you can make in life is to be continually fearing you will make one.

Millions of people are dead at 20.
They just don’t get buried for another half a century or so.

A secret shared is a secret no longer.

The world is filled with injustice and false standards.
The world is vainly struggling with insatiable desires and discomforts.
We have to face these difficulties with great love and compassion.

Some people ask how you are feeling and then look bored when you begin to tell them.

One must keep to the path of enlightenment and attain perfect wisdom.
Undisturbed by the condition of the world.
Or in fluctuations of human thought.

The men and women of this country who toil are the ones who bear the cost of the Government. Every dollar that we carelessly waste means that their life will be so much the more eager.
( Calvin Coolidge )

In reality, the true nature of all things transcends the discrimination of appearance and disappearance. Of coming and going, of good and evil.

Enthusiasm is the most important quality which makes a person successful.

Friendship multiplies the good of life and divides the evil.

Everything has neither substance nor permanence.
One should neither adhere to the concept that everything has substance nor that it does not.  Every being, human or non-human, is in relativity.
Therefore, it is foolish to hold to a certain idea or concept or ideology as the only absolute.

Beware of those who are stingy, for they would rather sting you than give you anything.
( Suzy Kassem )

The trouble with the rat race is that even if you win, you’re still a rat.

Never learn to do anything.
If you don’t learn, you’ll always find someone else to do it for you.

The only people in the world who like being laughed at usually get paid for it.

Judge correctly between good and bad, right and wrong.
Lead people by teaching the right way.
Avoid pride and boasting.
Do what you have spoken.
And say what you have done.

Conscience is the inner voice that warns us someone maybe looking.

A man is nothing more than the things he does to get what he wants.
( Hal Ackerman )