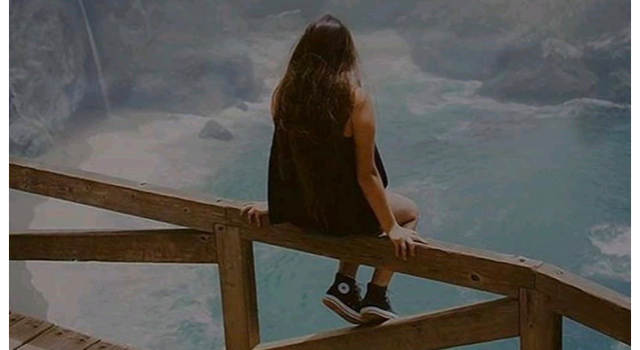 A Postbox For Newborn Babies ..
It is a practise accepted in Germany, yet it is illegal.
It looks like a laundry hatch, but open it and inside is a cosy, lighted and heated cubicle.
The sign reads ‘Babywiege’, the German word for a cradle.
A tactful name for a steel box where newborn babies can be abandoned in complete anonymity and privacy at the Waldfriede Hospital, Berlin.
The ‘baby hatch’ is lined with a cheerful yellow baby changing-mat and a soft embroidered blanket.
Once the steel door closes, it cannot be opened again.
A sensor is triggered by the baby’s movement.
An arrival is recorded by a small video camera in the corner of the box, and an alarm goes off within the hospital.
The future of a vulnerable new life is now out of the hands of its parents.
It is 2012 and this is Germany, one of Europe’s strongest economies, yet the medieval phenomenon of foundlings – abandoned newborns – is on the rise.
The first devices for foundlings were used in 12th Century Italy.
At the time, the Catholic Church decreed that women could abandon their children in secret rather than kill them.
The practise spread across Europe and continued until the 19th Century.
Now it has resurfaced around the world.
Baby boxes are supported by many religious conservatives, most notably in the US, where the abandonment of newborns in this way is not illegal.
A baby hatch opened in Hamburg in 2000 and since then more than 200 have opened across Germany, providing a place for babies to be abandoned.
( Edna Fernandes, Review magazine, 08.07.2012 )

Why Does A Children’s Hospital Need To Depend On Charity? ..
A charity backed by footballers gave just £8,000 to a children’s hospital last year – despite raising £250,000.
The Five Stars Appeal, which aimed to buy a £1 million scanner, spent most of the cash on wages, running costs and organising star-studded events.
Over five years it raised £2,497,820 but only £508,158 went to Royal Manchester Children’s Hospital.
The Charity Commission is looking into ‘concerns’ about the appeal.
Why is this ‘charity’ allowed to continue operating?
Why does a children’s hospital have to depend on charity for a scanner?

This Could Be Your Daughter ..
If you want to know what a society is really like, you should not judge it by the sort of thing that becomes a scandal.
You should judge it by the sort of thing that does not become a scandal.
The almighty authorities of this country, backed by Parliament, and ultimately by the force of fines, police and prisons, are now forcing their tawdry sexual standards on an entire generation.
They involve the deliberate violation of innocence, the undermining of family life, and the subversion of parental authority.
Schoolgirls as young as 13 are being given contraceptive injections and implants without their parents’ knowledge, hundreds of them actually in schools, thousands more in ‘clinics’.
Aren’t our children supposed to be safe from predators in schools?
Not when the State is the predator, cynically grooming vulnerable children for illegal sex.
‘Patient confidentiality’ forbids nurses from asking parents’ leave beforehand, or from telling them afterwards.
This could be happening to your daughter or granddaughter, now, and you would never know.
The age of consent for sexual intercourse is still 16.
Why are those involved not being prosecuted for incitement to break the law, or for aiding and abetting crimes?
Simple.
The liberal State approves.
And it will get worse.
And in the end nothing is wrong any more.
It is only ‘inappropriate’, a shifting boundary that alters with fashions and our growing tolerance of what would once have shocked us.
The general view of our governors is that if it is even a little bit hard to prevent any moral ill, they will give up the struggle.
In their perverted, Babylonian way, the authorities have decided that the only bad thing about sex is that it leads to babies.
They don’t care about the emotional misery and betrayal of the exploited young.
So as long as they can prevent conception, or obliterate it later with ‘morning-after pills’ and mass slaughter of the unborn, then they believe they are acting responsibly.
This is the morality of the brothel-keeper throughout the ages.
When the Government and the law behave like this, what is the good citizen to do?
Where is he or she to turn?
( Peter Hitchens )

Children Addicted To Computer Games ..
Children as young as four are becoming addicted to violent computer games.
Primary school teachers fear their pupils are playing the games and watching inappropriate films unsupervised by parents.
The addictive quality of these games means that many children are already hooked into these fantasy worlds separating themselves from reality.
Teachers have noticed a marked increase in aggression, with a lot more hitting, hurting and thumping in the classroom.
Teachers say youngsters are turning up at school tired, unable to concentrate and suffering loss of language, listening and learning skills.
Children are turning up at school exhausted and it is difficult for the school to teach that child.
Increasing numbers of children are coming to school who have not been set proper boundaries at home and who are aggressive or unwilling to work and study.
These are the sort of challenges that confront the teaching profession for much of the time.
Nothing is more important to our future than ensuring all of our young people are well-educated.

Children don’t need fields.
What are they? Puppies?
They need stimulation and action and culture.
There is no culture in the countryside.
( Liz Jones )

This Is A Horrifying Scandal ..
A powerful stimulant drug, methylphenidate hydrochloride, is being widely taken by British schoolchildren.
At the last count, more than 650,000 young people, some very young indeed, were believed to be regular users.
The use of this potent pill has increased fourfold since it first became common in 1999.
And its users are taking stronger and stronger doses, as they grow tolerant.
The drug has a long list of adverse effects including chest pain, hair loss, palpitations, stunted growth, insomnia, rapid heart rate, skin rashes, dizziness and anxiety.
It has been linked to suicide.
If those involved were teenagers in nightclubs, and they were buying it from the usual evil dealers, I expect there would be a big media fuss, and rightly so, especially about the three-year-old users.
But there isn’t, because the other name for methylphenidate hydrochloride is Ritalin, and legions of parents, teachers, doctors and social workers have somehow been persuaded that this powerful mind-altering substance is actually good for children.
You and I, meanwhile, are paying for it on the NHS.
By the time our sluggish nation realises that this is a horrifying national scandal, the damage will have been done.
( Peter Hitchens )

Children are punished, or drugged, simply for being human.
Children are not allowed to have grumpy moods, bad attitudes, or disrespectful tones.
Yet adults have them all the time.
None of us are perfect.
We must stop holding children to a higher standard of perfection than ourselves.
( Eileen Hutchison, 1926-2008 )

Stealing The Innocence Of Childhood ..
Beauty pageants can be exploitative – pushy parents stealing the innocence of childhood from their kids.
Toddlers as young as 20 months did not decide to enter these competitions.
It is the mothers, occasionally fathers too, who dress girls as dolls to pursue their own dreams.
The dividing line between fun and something sinister may at times be thin, but parading children too young to start school will worry many.
Cosmetics and revealing outfits also cross that line.
Children should be allowed to grow at their own pace, not fast-tracked in competitions which leave others feeling uncomfortable.
( Daily Mirror )

Is ADHD Just A Label? ..
Some doctors believe the big rise in the number of children said to have ADHD is a direct result of their parents’ right to claim disability benefit of up to £10,000 a year.
While critics believe ADHD is just a label to describe restless or naughty children, psychologists insist it is a real condition which applies when a child is persistently restless, to the point where it has a detrimental effect on their development.
Some adults are also affected.
The Government says that about a third of a million children aged between six and 16 suffer with the disorder.
ADHD was almost unheard of 20 years ago, but the number of prescriptions for Ritalin – the controversial drug which suppresses symptoms – has rocketed from 2,000 in 1991 to close to 350,000.
( Peter Hitchens )