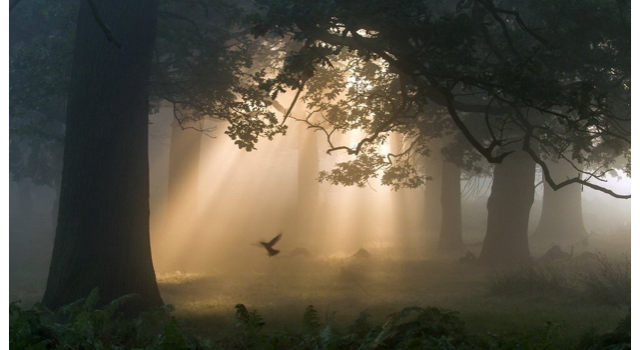 Hitler’s Personal Bodyguard ..
The SS – an abbreviation of Schutzstaffeln, or Protection Squads, was founded in 1925 as Hitler’s personal bodyguard, but over the next 20 years it developed into a state within the Nazi state, running 40 major businesses and boasting a military force of 800,000.
Heinrich Himmler was the catalyst for this huge expansion when he became national leader of the SS in 1929 and set out to turn it into his personal fiefdom.
The organisation’s role as Hitler’s enforcer was cemented after it launched the bloody coup known as the Night of the Long Knives in June 1934, when SS members murdered their old Brownshirt comrades.
One SS killer, Sepp Dietrich, shot at least four of his friends that night, emphasising a vital aspect of the organisation – loyalty to the Fuhrer was more important than anything else.
Hitler himself ruled that convicted criminals could join the SS.
Eighty poachers were freed from a concentration camp and became snipers in the 5th Death’s Head Regiment.
Any organisation that chooses a Death’s Head as a uniform emblem is likely to be brutal, and most of the worst crimes committed by the Nazis, primarily the Holocaust, were carried out under the auspices of the SS, a melange of fanatics, opportunists, sadists and criminals.
There was only one cast-iron entry requirement – officers had to prove that there was no Jewish blood in their family as far back as 1750.

Ordinary Women Found A Confidence And Sense Of Purpose ..
When Britain declared war on Hitler in the autumn of 1939, women of every class were called upon to do their bit.
Within months, aristocratic debs found themselves nursing dying men in muddy tents, clever girls from Oxford were set to work breaking codes, teenage shop assistants helped to manufacture bombs, and middle-class wives and mothers rose at dawn to cycle to their factory jobs.
It was then that thousands of ordinary women found a confidence and sense of purpose they never knew they had.
Some were going out to work for the first time and found it thrilling to buy a new pair of shoes, coupons permitting, without asking their husbands first.
Others reported how they went from sexual ignorance to a liberated attitude that would have horrified their pre-war selves.
Girls who once worried that kissing a boy might make them pregnant now found themselves juggling several love affairs, often with married colleagues.
With news likely to arrive at any moment of a far-away boyfriend or husband captured or killed, there no longer seemed any point in saving yourself for ‘happily ever after’.
All of which meant that by the time peace rolled round in 1945, there could be no going back to the old days.

The Greatest Generation ..
In America they are known as the Greatest Generation.
The men who fought in the Second World War.
British veterans would be acutely embarrassed by such praise.
But these men are remarkable just the same.
After an early life marked by poverty and unemployment, they then fought and won a world war, just 20 years after their fathers had served in the trenches.

The Wonderful Legacy Of Our Fallen Heroes ..
300,000 British men were killed in the 1939 – 1945 world war.
Mine is the generation after that one.
I wasn’t born until 1948, long after the guns were silenced, but I grew up with those who were there, listening to their stories.
As new generations come along the link is weakened.
Events that tore into our parents lives fade away to nothing among the children who never met them.
This makes people feel hurt and forgotten.
And yet I think we should look at it another way, as a victory, as a triumph and as the most lasting and wonderful legacy our fallen heroes could wish to have.
The kids who think nothing of the war dead do so because they think nothing of war.
They mark three generations, so far, free from the threat of world war – the freedom for which soldiers gave their lives.
Now, as those soldiers rest in that corner of a foreign field – do they really ask for more?
( Robert S. Hutchison )

We Couldn’t Show Our Fear ..
In the war, the fear for family became part of life, but we couldn’t show it.
That would be letting the Germans win.
This was ingrained in our psyche.
We held fast to it.
( Former WAAF Connie, born in 1920 )

An Old-Fashioned War Reporter ..
George Steer (1909 – 1944) was the South African-born British journalist who reported on the bombing of Guernica in the Spanish Civil War.
He arrived the day after the aerial strike and reported truthfully on the destruction, the carnage and the terrible suffering inflicted on the civilian population by General Franco’s forces.
In fact, the Germans were using the war as a sort of testing ground for some of their bombs, incendiary bombs and the like.
Afterwards, attempts were made to discredit Steer and persuade his newspaper, The Times, to withdraw him from Spain, but he stuck to his guns and continued to file despatches.
He had no hidden agenda, he was an old-fashioned war reporter.
In 1940, he joined the British Army but was killed in a jeep crash in Burma.

One Of The Great Correspondents Of World War Two ..
The father of David and Jonathan, Richard Dimbleby (1913 – 1965) was one of the great correspondents of World War Two.
He was something of a ‘young turk’, and famously fell out with the army’s High Command while reporting from Cairo over the issue of censorship.
However, he went on to report on the RAF bombing raids over Germany, bringing home the terrible dangers faced by Bomber Command crews.
It was probably the riskiest kind of war reporting, given that around one in four crews never made it back to base.
He’s perhaps most famous for giving a shocking report from Belsen at the time of its liberation by the Allies.

Our Finest Hour ..
This country never had a more noble, idealistic vision than the welfare state.
Even more than World War Two, the creation of the welfare state is our finest hour.
Over the years the welfare state has been used, abused and had the micky taken out of it.
But it still has that glorious foundation – to protect the weak, to support the vulnerable, to offer a helping hand to those who need it the most.
If the welfare state does not exist to help the hardest hit, then it has lost sight of why it was built.

The Five Ark Royals ..
The first Ark Royal was launched in 1587, the second was a merchant ship which was converted for use in World War One and three more were aircraft carriers.
The first, a 38-gun vessel, was built for Sir Walter Rayleigh but was then bought by the Crown.
She was Admiral Charles Howard’s flagship galleon in the defeat of the Spanish Armada in 1588.
The second ship to carry the name saw service in the Dardanelles Campaign during World War One.
The third launched the World War Two torpedo plane attack which crippled German flagship the Bismarck.
Furious Hitler demanded that the Ark Royal be destroyed at whatever cost.
It was later sunk returning from Malta in 1941.
The city of Leeds adopted the Ark Royal just before it was sunk, and shortly afterwards raised a staggering £9,301,293 to build a replacement.
The fourth was the first Navy carrier to feature all the developments enabling jet operations, including an angled deck, steam catapult and a mirror landing aid.
The fifth was launched in 1981 and played a key role in the Balkans conflict in the early 1990s, mainly based in the Adriatic.
In 2003 she left Portsmouth for the invasion of Iraq.
In 2009 the Ark Royal underwent an expensive refit costing £12 million.
History has been broken, the Ark Royal has been scrapped – because of Conservative Government ‘budget cuts’.
It’s heartless.
It’s shameful.
It’s a scandal.

The Sinking Of The Bismarck ..
On May 27, 1941, The Royal Navy finally cornered the Bismarck, pride of the German fleet, and sank her.
The destruction of the most powerful battle-ship afloat gave a huge boost to British morale.
Luck, it seemed, had been with the British.
The Bismarck was only a few hundred miles from safety when she was spotted by a British plane, giving the Royal Navy a chance to intercept.
That, at least, was the official story.
The reality was rather different.
The Bismarck had disappeared into the Atlantic Ocean, and her position was only revealed by an interception of another kind.
A senior German officer was worried about his son, who was serving on board, and asked for the ship’s location.
A message was sent out on one of the supposedly unbreakable Enigma Encryption Machines used by the Germans, and the Bismarck responded, revealing her position.
But the machines were not unbreakable.
Thanks to the code-breakers of Bletchley Park, a non-descript Victorian house in the Buckinghamshire countryside, Germany’s military secrets were being read on a daily basis.
In the opinion of General Eisenhower, the astonishing work done at Bletchley shortened the war by two years.