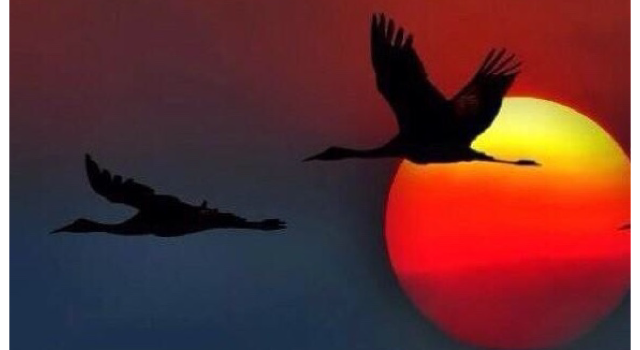 We live in a society where women are treated like cut flowers that wilt, whereas men are like fine wines – as they age they get better.
( Charlize Theron )

My eyesight started to go about the same time as the elasticity in my face.
I just see a blur and it’s fantastic.
As long as I don’t put my glasses on, I’m good.
( Elle Macpherson )

I want a man who has a massive pair of balls – not physically but mentally.
He needs to have bigger balls than me without feeling the need to prove that he has bigger balls.
It’s important that he accepts that I have balls, too.
( Tulisa Contostavios )

You can learn so much from bad things.
I feel boring.
I feel like, why is everything so easy for me?
( Kristen Stewart, May 2012 )

Telling The Truth And Doing Good In Society ..
Children used to be taught the difference between good and evil.
They were taught to do the right thing, not because of fear of the consequences of being found out, but because the right thing is the good thing to do.
We no longer teach our young about morals and values.
Doing so is sneered at by many who deny the very existence of goodness and virtue.
Militant atheists such as Richard Dawkins, suffocating in hatred, want to destroy faith.
Religious education, meanwhile, has been all but emptied out of schools, apart from faith schools.
All great faiths have at their core teaching about loving others, telling the truth and doing good in society.
Take this element away from schools, and fail to replace it with strong moral education, and you undermine the foundations of good schooling, and society.
Our young get their values from a daily diet of dubious celebrities and television programmes, full of excess, violence and infidelity.
( Anthony Seldon, Headmaster of Wellington College )

Unlike Cheryl Cole and the girls, I have co-written seven of my album tracks.
I fail to see how that means I have copied their sound.
I mean, I haven’t resorted to wearing short skirts and dating a footballer to get into the charts.
( Charlotte Church on Girls Aloud )

Charlotte Church is a nasty little piece of work with a fat head.
I don’t know who she and her scabby boyfriend think they are.
He’s a posing idiot who looks like a girl.
And she’s not even gorgeous.
( Cheryl Cole )

Never refuse an invitation, never resist the unfamiliar, never fail to be polite and never outstay the welcome.
Just keep your mind open and suck in the experience.
And if it hurts, you know what?
It’s probably worth it.
( Leonardo DiCaprio )

A Fight That May Last For The Rest Of Their Lives ..
It would be wrong of me to speak for these heroes, but not presumptuous of me to pay tribute to them.
So many of our servicemen and women have made the ultimate sacrifice.
So many lives have been lost and so many changed forever by the wounds that they have suffered in the course of their duties.
They have paid a terrible price to keep us safe and free.
The very least we owe them is to make sure that they and their brave families have everything they need through their darkest days and, in time, regain the hope and confidence to flourish again.
For these selfless people, it is after the guns have fallen silent, the din of battle quietened, that the real fight begins – and it is a fight that may last for the rest of their lives.
( Prince Harry )

Do something that, when you wake up every day, makes you smile.
Being happy is more important than anything else.
( Alesha Dixon )

Don’t be boring and dress cute wherever you go.
Life is too short to blend in.
( Paris Hilton )

My father used to tell me, ‘Goldie, when you feel too big for your britches, just go stand in front of that big ocean and feel how small you are’.
He was right.
( Goldie Hawn )

There Are So Few People In Public Life That We Can Admire ..
The political class has been letting us down for years, breaking promises, lying and consorting with dodgy people.
Banking chiefs, professional sportsmen and celebrities all too rarely offer anything by way of an edifying example.
Throughout history, man has looked to religious authorities for moral leadership at times of crisis, but the Church of England is locked into a civil war over sex, while its leader has chosen this moment to throw in the towel.
The Catholic Church, meanwhile, has critically wounded itself by failing to be candid over paedophilia within its ranks.
Judaism offers a rare example of moral leadership in Chief Rabbi Jonathan Sacks – the most persuasive religious figure in Britain today.
The frightening truth is that there are so few people in public life who we can admire.
( Anthony Seldon, Headmaster of Wellington College )

Partings are the beginnings of new meetings.
Beginnings happen because there are endings.
( Natsuki Takaya )

Live it well and this life can be grand.
( Amelia Atwater-Rhodes )

What you are or where you came from is not important.
It is who you are and the choices you make, that determine who you will become.
If you can look inward and be satisfied, the opinions of others should melt away.
( J.D. Stroube )

I would like to take you seriously, but to do so would be an affront to your intelligence.
( Sir George Bernard Shaw )

I Was Writing For My Life ..
There’s a time in everyone’s life when you have to make a choice – and it’s true whether you are privileged or disadvantaged.
I was fed up of being so self-destructive, and fed up with not seeing my mum for months.
I felt lonely and ashamed.
I told my father everything and he said, ‘Do you want to change?’
One day I went back to the flat and picked up the guitar.
It was the weirdest feeling.
I just held it, stayed with it for ages and started writing Ebenezer Hotel.
I felt like I was becoming the person I was before.
It was just amazing working with my mind again, feeling creative and being productive.
There’s no more beautiful feeling than creation.
I had the same feeling when I did bricklaying, building barbecues and sheds.
With music it’s even better because it comes from a deeper place.
It just makes you feel alive.
I was chasing that feeling through writing, just like someone would do with a drug, really.
Every time I finished a song I felt super peaceful and alive.
I actually felt I was writing for my life.
( Josh Osho )

I don’t miss you.
I miss the person I thought you were.
( Rose Winfold )

He has all the virtues I dislike and none of the vices I admire.
( Sir Winston Churchill )

A little sincerity is a dangerous thing, and a great deal of it is absolutely fatal.
( Oscar Wilde )

Never make someone a priority if they only make you an option.
( Rose Winfold )

The teenage years…
That time in life when you show your individuality by looking like everyone else.
( Dion Felsrow )

I am so clever that sometimes I don’t understand a single word of what I am saying.
( Oscar Wilde )

Clothes make the man.
Naked people have little or no influence on society.
( Mark Twain )

Anyone who tells you to be yourself is giving you really bad advice.
( Len Firswood )

When I go to a party, some people make me really happy.
By not being there.
( Rose Winfold )

Ambition is the last refuge of the failure.
( Oscar Wilde )

When I look at some people.
I get this strong desire to be lonesome.
( Dion Felsrow )

We Must Start With Our Young People ..
If we want to know where to start reviving the community, the workplace, the economy, start with our young people.
Start with enabling the young to move out of the indifference of the circumstances they are born into.
To somewhere where they can cash in on their youth and not find themselves kicking their heels.
I know it’s not an easy task to take disaffected youths and get them moving.
As a former disaffected youth I can remember the attempts that were made to draw me into doing something with my life.
But we will have to make the big investment in youth, either in their betterment or in protecting the rest of society because we have allowed them to go off.
I would put the money on turning the young around.
Or else we will lose them for ever.
( John Bird, August 2012 )