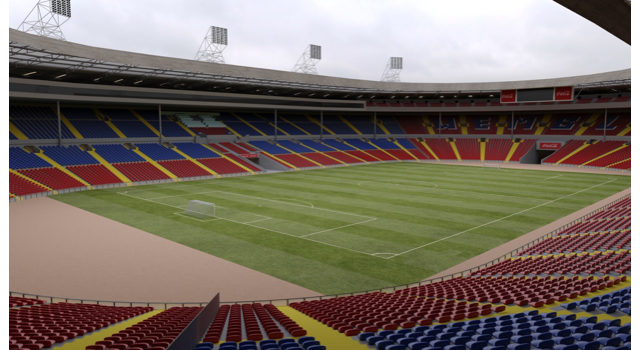 Sir Alex Ferguson Behaved Quite Outrageously ..
It was a depressing tantrum.
A foot-stamping, arm-waving, finger-jabbing eruption of self-indulgence, with more than a hint of the bully about it.
Sir Alex Ferguson behaved quite outrageously at Old Trafford on Boxing Day.
He may be incomparably accomplished but for a man on the eve of his 71st birthday he can sometimes seem distressingly immature.
( Patrick Collins, The Mail on Sunday, 30.12.2012 )

I always used to put my right boot on first, and then obviously my right sock.
( Barry Venison )

English football is in a bad way because the foreign players here are so good, so dominant.
( Kevin Keegan )

Tony has a quick look between his legs and likes what he sees.
( Stewart Machin commentating on jockey Tony McCoy’s lead )

I was surprised, but I always say nothing surprises me in soccer.
( Les Ferdinand )

In England, it’s a rare thing to see a player smoking but, all in all, I prefer that to an alcoholic.
The relationship with alcohol is a real problem in English football and, in the short term, it’s much more harmful to a sportsman.
It weakens the body, which becomes more susceptible to injury.
( Alex Ferguson )

Football has to be fun for kids or it doesn’t make sense.
( Johan Cruyff )

Some weeks Nick likes to use Fanny, other weeks he prefers to do it by himself.
( Ken Brown on golfer Nick Faldo and caddie Fanny Sunesson lining up shots )

Gareth Bale has been levitated to the status of one of the best players in the world.
( Perry Groves )

Our Philosophy Won’t Change ..
Football is more than just splashing out.
It’s much deeper, much bigger than that.
It’s about sweat, thinking, working hard.
You have a big tradition of that in England.
I believe the pride of this country, historically, is built on that.
It’s what makes this football strong and interesting.
I am scared all these qualities today have less importance in the game.
Our philosophy won’t change.
It doesn’t mean we will not spend money.
I am always painted like a guy who refuses to spend money, like a greedy guy.
We want to be the best, but the best is not only about buying players.
We need to continue with what has made us strong until now.
Look, I don’t say that money doesn’t play a part, but it’s not only about that.
We have to continue to believe that it’s not only about that.
Football has to be even, interesting, unpredictable.
( Arsene Wenger, December 2012 )

I look forward to hearing from the silent majority.
( Alex McLeish )

I want a life of good sport, good people and the competition that goes with it.
I’m here to try to get something accomplished.
( Randy Lerner, Owner of Aston Villa )

People in this game don’t realise how lucky they are.
You drive to the ground, play a few five-a-sides, then have lunch.
It’s wonderful, enjoyable fun.
( Ron Atkinson, 1993 )

You can have the best tactics in the world but, if your players can’t play, it won’t make a difference.
( Brian Clough )

We were not good enough today, particularly in the fringe department.
( Sam Allardyce )

There’s no such thing as a must-win game, and this is one of them.
( Alan Wright )

He’s like a squid – all arms and legs.
( Graeme Souness )

I think Southampton will finish above teams that are well below them.
( Paul Merson )

They Are Born With A Natural Aggression ..
However good an English team is, they will always have an additional advantage.
It is that European players know that their English opponents will come at them in the belief they will win, and they can always be guaranteed never to stop fighting.
They have a natural aggression that they are born with.
If it ever goes, English football will lose its most valuable dimension.
( Johan Cruyff )

Today was about our lack of ability to not produce the ability that we’ve got.
( Sam Allardyce )

The Merseyside derby games are unique in the city.
( Brendan Rodgers )

I was in hospital with instructions not to have any visitors for 24 hours.
I awoke to find Ron Atkinson at the end of my bed saying, “Sorry, I’m late, but I had to walk round the hospital three times before anybody recognised me”.
( Gary Newbon )

There is no policy that more defies common sense than the sale of school playing fields.
( Jojo Moyes )

Everyone should strive to win every single day of their life.
At whatever they do.
( Piers Morgan )

A silver medal is not success, it’s a consolation at best.
Without wishing to belittle a silver medal, I can only truly be satisfied with gold.
( Jessica Ennis )

It’s turning into a war of nutrition in midfield.
( Martin Keown )

British Tennis Is A Question Of Class ..
British tennis is as middle class as Pony Clubs and using a Porsche Cayenne to ferry a toddler to a playdate.
From Andy Murray down, British tennis players are middle class.
There is nothing wrong with coming from a comfortable home and having a good education, but middle class domination of our tennis is why it has no fire in its belly.
Playing tennis is not like kicking a ball.
You need kit, a court and, if you are any good, years of private lessons.
If you had given Wayne Rooney a racket when he was five, he would have won Wimbledon a few times by now.
To be any good at any sport, you have to start young.
Because tennis is as middle class as skiing, many people do not get anywhere near it until they are adults.
The sad state of British tennis is not about quality.
It is a question of class.
( Tony Parsons )

They usually have four or five dreams a night about coming from different positions.
( Willie Carson on how jockeys prepare for a big race )

The level of football in England is the top.
English football is the leader in the world.
( Pele )

Brazil, they’re so good it’s like they are running round the pitch playing with themselves.
( John Motson )

If you fail to prepare, you’re prepared to fail.
( Mark Spitz )

What United have got that Chelsea haven’t is Paul Scholes.
I think he is different to anything else in English football.
( Kevin Keegan )

We lost because we didn’t win.
( Ronaldo )

Ballesteros felt much better today after a 69 yesterday.
( Steve Ryder commentating at the U.S. Masters )

In England, Rooney is a world-class footballer in the world.
( Paul Merson )

There are some real positives for Wales.
Their back four’s not bad, sometimes.
( Iain Dowie )

The Manager, The Experienced Players, They Have Been There ..
I dread to think what I would have done if I was not a footballer.
But that is the society we live in, an idealistic one, rather than a realistic one.
By the same token, in work it grows to be the same.
The guy that stays behind late, that gets in early.
I see it at training.
He is seen as ‘busy’, a term coined for people who toe the line, who do all they can to give themselves the best chance of performance.
The guy actually trying to improve himself as a player and better himself is not the guy most admired by the majority.
A minority see it.
The manager, the experienced players, they have been there, seen it, done it.
You see this most evidently with the younger pros, which is massively ironic as these are the guys who are actually trying to establish themselves and make it.
( Joey Barton, September 2012 )

You are never really playing an opponent.
You are playing yourself, your own highest standards, and when you reach your limits, that is real joy.
( Arthur Ashe )

The more difficult the victory, the greater the happiness in winning.
( Pele )

Always make a total effort, even when the odds are against you.
( Arnold Palmer )

Frank Lampard has still got the same legs he had five years ago.
( Ray Wilkins )

In his interviews, Beckham manages to sit on the fence very well and keeps both ears on the ground.
( Brian Kerr )

Who’ll win the league?
It’s a toss of a coin between three of them.
( Matt Le Tissier )

Manchester City are built on sand and I don’t mean that because their owners are from the Arab countries.
( Kevin Keegan )

It’s just like a game of the mind, between me and the goalkeeper. Me, I…