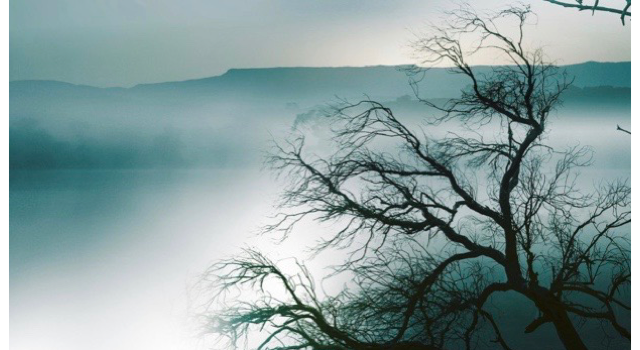 Cancer Patients Made To Wait Longer Than Ever For Urgent Tests ..
Patients needing urgent cancer and other tests will now have to wait until March 2025 before six week targets are met.
Prime Minister Johnson and his government has now set that as the date when the NHS Covid backlog can be cleared and the deadline will be met 95% of the time.
Maximum six week waits for diagnostic tests were introduced by Labour in 2008 with a pledge that no more than one in 100 patients would have to wait longer.
But when the pandemic reached its height in 2020, 58% of patients were not getting vital scans within six weeks.
( Nigel Nelson, 05.06.2022 )  Source:  mirror.co.uk

U.S. Health Company In The UK Is Accused Of Putting Patients At Risk ..
The UK’s biggest chain of GP practices lets less qualified staff see patients without adequate supervision, an undercover BBC Panorama investigation has found.
Operose Health is putting patients at risk by prioritising profit, says a senior GP.
The company, with almost 600,000 NHS patients, is owned by US healthcare giant Centene Corporation.
BBC Panorama sent undercover reporter Jacqui Wakefield to work as a receptionist at one of the UK company’s 51 London surgeries.
The BBC is not naming the practice or the staff who work there.
A GP working at the practice said they were short of eight doctors.
The practice manager said they hired less qualified medical staff called physician associates (PAs), because they were “cheaper” than GPs.
Panorama gathered evidence that PAs were not being properly supervised at the Operose practice.
The PAs told the undercover reporter they saw all sorts of patients, sometimes without any clinical supervision.
They said the practice treated them as equivalent to GPs.
There is a UK-wide shortage of GPs and general practice is under unprecedented pressure.
Panorama analysed NHS data for 6,500 practices across England.
It found:
For every 2,000 registered patients, there are on average the equivalent of 1.2 full-time GPs.
But at Operose practices the average is half that, at a little over 0.6 full time equivalent GPs.
Operose employs six times as many physician associates as the NHS average, according to NHS data.
While undercover, Panorama was also told about a backlog of important patient referral documents, often unread by doctors or pharmacists for months.
Since 2016, Operose Health has spent tens of millions of pounds buying GP surgeries.
In 2020, it bought 32 practices from London-based AT Medics for a reported £50million.
It now runs 70 in total across England, making it the largest supplier of GP services to the NHS.
( Rahil Sheikh, Charlie Mole and Sam Holder, 13.06.2022 )  Source:  bbc.co.uk

The Studies Of Chemicals In Our Environment Are Vague ..
It’s estimated that there are 85,000 chemicals in our environment.
Ninety percent (90%) have never been tested for safety.
It’s estimated that the average newborn today will have 287 toxins already in its body.
These toxic substances have cumulative effects.
For example, mercury and aluminium are toxins included in most vaccines.
Individually they wreak havoc.
But in combination, they are like a nuclear bomb hitting the nervous system.
The subject is huge, the studies are vague at best.
And then there are GMO’S.
GMO’s add nothing to the nutritional value of the plant, nor do they serve the plants nutritionally.
Tricking the plant into creating herbicide tolerance, and into producing its own pesticide yields a profit increase – but not our health.
GMO foods in farmed animals have been shown to damage virtually every organ.
( Dee Blanco, 12.12.2021 )

A Record Number Of Nurses From Abroad Register To Work In The UK ..
Nearly half of the new nurses and midwives registered to work in the UK in the past year have come from abroad.
The total – more than 23,000 – is a record high and comes as the UK has struggled to increase the number of home-grown nurses joining the register.
Nurse leaders questioned whether international recruitment on this scale was sustainable.
The Nursing and Midwifery Council data for 2021-22 also showed the numbers leaving the profession had risen.
More than 27,000 left the register last year, up 13% on the year before and reversing a downward trend in leavers over recent years.
In many ways this was always expected as significant numbers of staff put off retirement to help out in the emergency phase of the pandemic.
And retirement was certainly the main factor – more than four in 10 cited this – although nearly one in five also blamed too much pressure.
Nearly all of the international recruits that have arrived in the past year were trained in countries from outside Europe.
India and the Philippines are the countries which are supplying the most.
( Nick Triggle, 18.05.2022 )  Source:  bbc.co.uk

Eating Too Much Fish May Cause Skin Cancer ..
According to a new study, eating two portions per week – as recommended by the NHS – has been linked to an increased risk of skin cancer.
More than 3 billion people around the world rely on fish for food.
A large, long-term study of almost 500,000 people, found people who eat more fish than the equivalent of half a can of tuna a day were 22% more likely to contract a malignant melanoma.
Melanoma is the fifth most common cancer in the U.S.
It is well established that toxins in our environment, including those that we know directly cause cancer like heavy metals, build up through the food chain.
For example, Mercury emitted through industrial processes like burning coal finds its way into our waterways where microbes break it down into methylmercury.
This is taken up by plankton and ends up accumulating in the tissues of the shrimp that eat those plankton, then the fish that eat the shrimp, and so on, getting more concentrated the higher up the food chain it goes.
This is known as biomagnification.
( Tessa Koumoundouros, 11.06.2022 ) Source:  sciencealert.co

A Shocking Rise In Scurvy And Malnutrition Since Tories Came To Power ..
Cases of scurvy – a widespread illness in Victorian times – have more than doubled in a decade.
NHS Digital statistics also reveal hospital admissions for malnutrition have tripled since the Conservatives came to power in the 2010 election.
The increases coincide with soaring numbers of people relying on food banks in the wake of austerity policies.
In 2010-11, 61,000 people needed food handouts but a decade on this figure now stands at 2.5 million.
Hospitals reported cases of scurvy – a vitamin C deficiency that can cause fatigue, bruised skin, swelling of the limbs and tooth loss – rising from 82 in 2010-11 to 171 in 2020-21.
In rare instances it can cause potentially fatal infections if left untreated.
The condition notoriously killed millions of sailors from the 14th to 19th centuries.
NHS Digital also revealed 10,109 cases of malnutrition – which was widespread among the poor in the 19th century – in 2020-21, up from 4,657 in 2010-11.
Shadow Health Secretary Jonathan Ashworth said: “This is a shameful indictment on a decade of the Tories. Poverty is driving greater illness and illness often traps people in poverty. The Government’s promises to ‘level up’ are exposed as utterly hollow. While deprivation worsens, the Tories refuse to tackle hunger in society.”
( Geraldine McKelvie, 06.11.2021 )  Source:  mirror.co.uk

Nurses From Botswana Are To Work For An NHS Trust To Fill Vacancies ..
Essex Partnership University NHS Foundation Trust (EPUT), which operates in Essex, Suffolk and Bedfordshire, said it would improve “patient experience and support staff”.
The 66 nurses are due to start their roles in August.
Some have been trained in mental and physical health.
The trust provides community health, mental health and learning disability services across Essex and Suffolk and provides immunisation and some inpatient services in Bedfordshire.
( BBC News, 10.06.2022 ) Source:  bbc.co.uk

Care Workers Can’t Afford Fuel Prices To travel To Work ..
Care workers are calling in sick because they cannot afford fuel to drive their cars to look after people in their homes, a union leader has said.
Christina McAnea, general secretary of Unison, attacked the Government for “not having a plan” to tackle the cost-of-living crisis.
The union is campaigning for decent pay rises for millions of public sector workers, including those in the NHS and local government, who she complained had been subjected to wage restraint for years.
Many had worked through the pandemic, putting themselves and their families at risk, but still faced below-inflation pay rises, she said.
She warned that staff were leaving the NHS in greater numbers than new recruits, including clinical workers, porters, caterers and cleaners.
Ms McAnea also said: “The private sector can afford to pay more, so public sector staff are leaving to work for supermarkets down the road. Half of local government workers earn less than £25,000 a year. It is now costing care workers £100 to fill up their car. They just cannot afford it.”
Care workers would rather call in sick because they do not have the money for petrol, she said.
( Alan Jones, 10.06.2022 )  Source:  mirror.co.uk

The Promise By PM Johnson Of 40 “New” Hospitals ..
The 2019 Conservative Party manifesto said: “We will build and fund 40 new hospitals over the next 10 years.”
Since then, Mr Johnson has repeated this promise and even spoken of “40 more hospitals”.
But are all of them genuinely new?
When the pledge was first made – many would have assumed that it referred to brand new hospitals, adding to overall hospital capacity.
But in August 2021, the Department of Health and Social Care (DHSC) sent out guidance to NHS trusts on “key media lines” to use when responding to questions about the pledge.
It defined a “new” hospital in three ways:
A whole new hospital on a new site or current NHS land.
A major new clinical building on an existing site or a new wing of an existing hospital.
A major refurbishment and alteration of all but building frame or main structure.
It said there was a variety of schemes but they “must always be referred to as a new hospital”.
The BBC examined the details of the 40 hospital projects, as listed on a government website, and also looked at literature provided by the trusts.
The Nuffield Trust, a health think tank, did the same research.
It defines a “new” hospital as “a new building on an entirely new site”.
If you use this definition, you find that:
22 are rebuilding projects.
12 are new wings within existing hospitals.
Three involve rebuilding non-urgent care hospitals.
Three are new hospitals (two general hospitals and one non-urgent care hospital).
We asked the DHSC to confirm this breakdown, but it did not do this.
( Nicholas Barrett, 13.06.2022 )  Source:  bbc.co.uk

The increases coincide with soaring numbers of people relying on food banks in the wake of austerity policiesIn 2010-11, 61,000 people needed food handouts but a decade on this figure now stands at 2.5 million.Hospitals reported cases of scurvy – a vitamin C deficiency that can cause fatigue, bruised skin, swelling of the limbs and tooth loss – rising from 82 in 2010-11 to 171 in 2020-21.

Chemicals In Bacon And Ham Are linked To Cancer

Government Funding For Dentistry Is Down £880Million From 2010 Levels .. Desperate people are resorting…