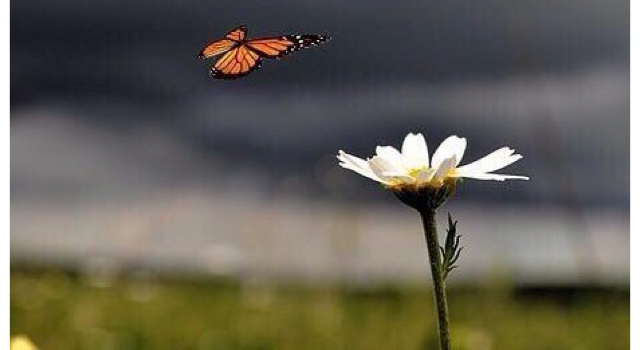 Government Funding For Dentistry Is Down £880Million From 2010 Levels ..
Desperate people are resorting to horrific DIY dentistry, using pliers and super glue, as they find it impossible to get NHS treatment.
There has been an exodus of around 3,000 dentists since the last Covid lockdown, many saying a perverse payment structure leaves them carrying out some NHS treatments at a loss.
April 2022 was the start of the new financial year when dentists decide how much NHS appointments they can commit to.
Data shows that more are withdrawing from the NHS.
Eddie Crouch, the British Dental Association boss, said: “Every vacancy that goes unfilled translates into thousands of patients unable to access care. Ministers have failed to grasp we can’t have NHS dentistry without NHS dentists. The barriers facing millions of people in pain are made in Westminster. Until government turns the page on a decade of underfunding and failed contracts we will not see progress”.
The British Dental Association says direct annual Government funding for dentistry is now down £880million from 2010 levels, while the Tories have repeatedly increased patient fees above inflation.
Neil Carmichael, of the Association of Dental Groups, said: “It is terrible that people are feeling forced to do DIY dentistry and pulling out their teeth with pliers. It is not how we should be doing things in modern Britain.”
( Martin Bagot, 26.06.2022 )  Source:  mirror.co.uk

Animal Waste And Fertiliser Pollutes Rivers And Poisons Drinking Water ..
Globally, food systems contribute about a third of all greenhouse gas emissions, yet they are also uniquely vulnerable to climate impacts – from soaring temperatures and drought to intense rainfall and flooding.
Food production is caught in a battle between people and profits, as an increasingly industrialised system prioritises low operating costs and high profits.
Agriculture contributes less than 1% to GDP in the US – yet it is responsible for 11% of the country’s greenhouse gas emissions, polluted waterways and millions of acres of degraded land.
“The U.S. is such a huge contributor to climate change and we’re doing so pathetically little to address it, particularly in agriculture,” said Raj Patel, professor of public affairs at the University of Texas.
The average American eats about 57lb of beef in a year, nearly twice the average of other high-income countries.
Beef is a climate disaster.
It takes an enormous amount of land to raise cattle – land that would sequester more carbon as grass that doesn’t get grazed and forests that are not felled for pasture.
It also takes an enormous amount of food to feed cattle.
About 55% of the grain grown in the U.S. goes to fattening cows (and other animals).
And as the ruminants chew, they burp out methane, a powerful planet-warming greenhouse gas.
Meanwhile, animal waste and fertiliser pollutes rivers and poisons drinking water supplies.
Eating less meat – primarily beef but pork and chicken, too – would free pasture and cropland, eliminate the suffering of billions of animals and improve human health by restoring clean water and reducing Americans’ calorie and saturated fat intake.
Not only do tons of U.S. crops get turned into livestock feed but a staggering proportion (40% of corn, which accounts for the vast majority of the nation’s crops) is used to make gas for cars – despite the fact the world is supposed to be ushering in the electric car era.
The government mandates that ethanol, a renewable fuel typically made from corn, be mixed into gasoline to displace a portion of fossil fuels.
The goal is to reduce fuel emissions, but when you factor in the ecological impact of raising more corn to meet ethanol demand, research has found that the math doesn’t check out.
As the climate crisis worsens, droughts, hurricanes and floods increasingly threaten crops.
Meanwhile industrial agriculture continues to pump methane, nitrous oxide and carbon dioxide into the atmosphere.
( Amanda Schupak, 30.06.2022 )  Source:  theguardian.com

Bacon Sold In UK Supermarkets Contain Chemicals Linked To Cancer ..
Eating too much charcuterie may cause cancer, according to French health bosses.
Carcinogenic additives used to give hams their famous pink colour are to blame.
The French Government has pledged to crack down on the use of nitrates and nitrites, saying it is vital to limit their use to just ‘strictly necessary’ quantities, but won’t completely ban processed food manufacturers from adding them.
Calls for similar action are growing in the UK, following a World Health Organisation ruling in 2015 that labelled processed meat as carcinogenic.
About 90% of bacon sold in UK supermarkets contains the chemicals.
In addition to bowel cancer, nitrates and nitrites have also been linked to breast and prostate cancers.
France’s national food safety body, said its review had reached the same conclusion as the World Health Organisation, linking a risk of bowel cancer to exposure to nitrites and nitrates.
Nitrites are widely used in processed meats to extend their shelf life, by warding off bacteria that can cause diseases like salmonella, listeriosis, and botulism.
They also add an alluringly tangy taste and a shopper-seducing fresh-pink hue to products like bacon.
Nitrates are most commonly used as a fertiliser in farming and can sometimes be found in water supplies as a result, but can also be added to meats as a preservative.
Current UK guidelines say Britons should only eat 70g of cooked red or processed meat a day, over triple the French guidelines of 20g per day.
( John Ely, 14.07.2022 )  Source:  dailymail.co.uk

Omega-3 Can Be Found In A Vast Array Of Plant Foods ..
Omega-3s are most commonly associated with seafood, but can also be found in leafy greens and other foods that come from plants.
One of the most significant sources of omega-3 fatty acids is algae, which is where fish get their omega-3 in the first place.
Omega-3 can be found in a vast array of plant foods.
Omega-3 can be found in walnuts, spinach, mustard seeds, seaweed, chia seeds, hemp seeds, flaxseeds, edamame, kidney beans, brussels sprouts, perilla oil, canola oil and a number of other nutritious ingredients that can be added to many of our favourite foods.
With so many different foods containing fatty acids that are omega-3s, it is easy to reach the daily intake of 1.1–1.6 grams recommended by the United States National Institute of Health for a healthy adult.
Algae is used to fortify a variety of other food products with omega-3s including pasta, tortillas, and even peanut butter.
When purchasing fortified foods it is important to check the label for the source of the omega-3 though, as some foods also use fish to add the essential nutrient.
( Grace Hussain, 06.07.2022 )  Source:  sentientmedia.org

High Rates Of Plastic Found In Milk, Meat And The Blood Of Farm Animals ..
Scientists in the Netherlands studying the spread of plastic waste have turned their eye to meat and dairy products, and discovered high rates of contamination in farm animals.
The findings shed new light on the way micro-plastics move through the food chain.
By using a novel form of mass spectrometry, the scientists produced the first evidence of plastic particles beings absorbed into the human bloodstream.
In a new pilot study, the scientists have applied the same methodology to samples relating to farming practices.
These include feeding pellets, shredded feed, blood from cows and pigs, cow milk and meat products.
The analysis revealed that 80% of these samples contained detectable amounts of at least one type of plastic.
100% of the pellets and shredded feed contained plastic, as did the cow and pig blood samples, while 72% of the milk samples contained detectable amounts of plastics, along with 75% of the meat samples.
Other studies have demonstrated that plastic particles can have toxic effects on cells and alter their shape.
Studies on mice have suggested that plastic particles can infiltrate the blood brain barrier and increase the risk of high cholesterol and blood disease.
( Nick Lavars, 11.07.2022 )  Source:  newatlas.com