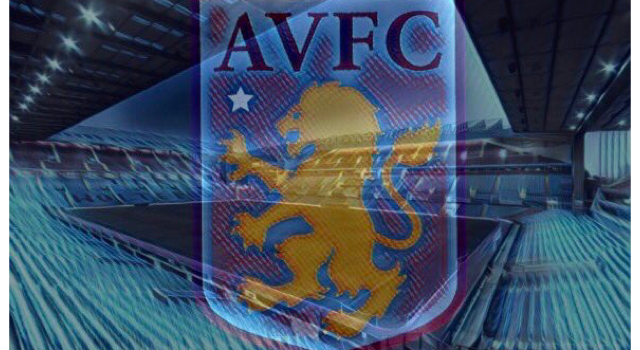 I’m big on Aston Villa because the name is just so sweet.
Other clubs are like “Arrrrsenal” or “Maaaan United” but Aston Villa sounds like a lovely spa.
( Tom Hanks, 2004 )

There are fundamental problems at Aston Villa that are preventing it from becoming a top four club.
( Graham Taylor, 2003 )

I’ll never be able to achieve what Tommy Docherty did and take Aston Villa into the Third Division and Manchester United into the Second Division.
( Ron Atkinson )

There’s as much chance of a recession as there is of Aston Villa winning the league.
( Mervyn King on being appointed Governor of the Bank of England in 1999 )

My addictions are always there, waiting there for me.
They’re doing press-ups outside my door.
( Paul Merson, 1999 )

If you’re in the penalty area and don’t know what to do with the ball, put it in the net and we’ll discuss the options later.
( Bob Paisley )

There’s something curious about the relationship between Coventry and Villa.
We don’t particularly dislike them.
But blimey, do they hate us!
( John Gregory, 1999 )

Why all the fuss over Prince William becoming an Aston Villa fan?
At least he didn’t choose to support Manchester United like everybody else in Berkshire.
( Richard Littlejohn, Sun columnist, 2000 )

The goalkeeper is the jewel in the crown and getting at him should be almost impossible.
It’s the biggest sin in football to make him do any work.
( George Graham )

Since it has been our lot to frequent football matches we have never been witness of such disgraceful scenes.
If the dribbling game is to be marred by such cowardly exhibitions, the sooner football is consigned to oblivion the better for all concerned.
( Birmingham’s Saturday News on disturbances at the Villa v Preston FA Cup tie in 1888 when the cavalry were called in to restore order )

What pleasure could ladies ever have in watching a game of football on such a miserable afternoon?
Would they not have been better employed at home darning socks or assisting in the housework rather than catching colds at Perry Barr?
( The Birmingham Mail, 1896 )

Beware of the clever, sharp men who are creeping into the game.
( William McGregor, 1909, Aston Villa committee member and founder of the Football League )

When Villa appoint a manager I hope the board will permit him to manage, and support him.
( Sports Argus, May 1934 )

I’ve no time for those theories.
Get the ball in the bloody net, that’s what I want.
( Frederick Normansell, Aston Villa chairman, 1936 )

I’m still claret and blue through and through.
I’m just desperate for us to win.
( Doug Ellis )

I would not say he (David Ginola) is the best left winger in the Premiership, but there are none better.
( Arsene Wenger )

Failed Footballers And Coffins Of Heroes ..
On the 29th June 2010, two aeroplanes landed in England.
One of them arrived at Heathrow containing England’s failed football World Cup squad, 23 immature under-achievers who complained about being tired and missing their families after two weeks in a luxury hotel.
The other one carried the coffins of seven fallen British soldiers who had spent months in Afghanistan away from their loved ones, living in tents in a war zone.
They couldn’t complain.
Those soldiers earned less in a year than what the whining footballers earn in a week.

If you don’t concede any goals you’ll win more games than you lose.
( Bobby Moore )

The big myth of British soccer.
That Aston Villa are still a major force.
( The Birmingham Post, 1964 )

I told the manager, “If you keep buying Third Division players, where do you think you’ll end up?”
( Larry Canning, on Aston Villa’s side during the 1960s )

As a kid you want to play every minute of every game, that’s what you dream about.
( Gabriel Agbonlahor )

Stress is a player at Rochdale with a family to bring up and a contract expiring at the end of the season.
( John Gregory, commenting on Stan Collymore’s admission to the Priory Hospital suffering from stress, 1999 )

Mackems ..
Between 1897 and 1997, Roker Park was home to Sunderland AFC – a team whose supporters are referred to as Mackems.
Used as an insult by rival Newcastle supporters since the early 1980s, it’s a word that the people of Sunderland have reclaimed as their own, as it conjures up images of the city’s shipbuilding past.
The term is said to come from the phrase “mackem and tackem”, meaning “we make them” (the ships) and “they take them”.

Stan’s a lovely man, a lovely lad.
He’s just made one or two bad decisions.
( Brian Little on Stan Collymore )

Too many of us were playing in the comfort zone, where it doesn’t hurt enough if we lost.
Sometimes I wonder if we care enough.
( Paul Merson )

Ron Atkinson is one of the top three managers in the country.
( Doug Ellis, November 1994 .. Ron Atkinson was sacked five days later )

I personally think referees should be wired up to a couple of electrodes and they should be allowed to make three mistakes before you run 50,000 volts through their genitals.
( John Gregory, 1999 )

If a player is not interfering with play or seeking to gain an advantage, then he should be.
( Bill Shankly )

Women’s Football In The 18th Century ..
Football in medieval times was more of a riot than an organised sport, with much more in common with rugby.
It might not have been seemly for women to take part – though no doubt some did in disguise or in person.
There are stories dating back to the 18th Century that women’s matches took place in Scotland, such as single girls versus married, as part of folk festivals.
There are also diary accounts of Mary Queen of Scots owning a football and being a fan of the game.
Scotland continued to play its part in women’s football from its earliest beginnings, with the first recorded ‘official’ women’s game being in May 1881 at Edinburgh’s Easter Road Stadium – better known as a rugby venue these days.
It was organised by a very early Scottish suffragette, one Helen Matthews.
She was the only player to use her own name.
All the others in the Scotland versus England match used pseudonyms (like modern day Brazilian footballers).

Some people tell me that we professional players are soccer slaves.
Well, if this is slavery, give me a life sentence.
( Bobby Charlton )

One of the all-time greats.
Someone to compare with Bobby Moore.
( Jack Charlton on Paul McGrath )

If that lad makes a First Division footballer, then I’m Mao Tse Tung.
( Tommy Docherty on Dwight Yorke after his Aston Villa debut in 1990 )

This is my field of dreams.
( Stan Collymore, on the pitch of Villa Park after signing in May 1997 )

Aston Villa always seem to have problems taking the final step towards being a really big club.
( Graham Taylor, 2001 )