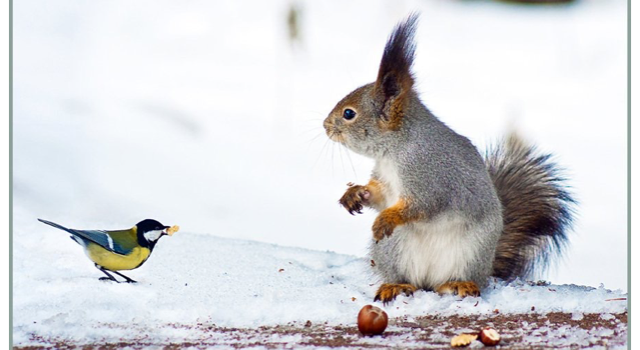 Bringing animals into the world only to kill them is not part of the ‘cycle of nature’.
We artificially inseminate animals, kill them years before their life span is up, then justify it as ‘natural’, comparing ourselves to ‘other animals who kill to survive’.
Last time I looked, lions weren’t breeding gazelles.
( Colleen Patrick-Goudreau )

I worship Nature.
Nature is my religion.
The Earth is my temple.
Don’t laugh.
I can prove it exists.

We should stop farming animals.
They are not crops, they are mammals, just like us.
( Rose Winfold )

Sometimes the best way to honour the life of the pet you lost is to save another.

Animals kick and scream and fight for their life.
They don’t give up their precious being just to satisfy our gluttonous desires.

Psychopaths kill the animals.
Assholes buy the corpses.
The greedy and the uncaring sell the mutilated bits.
The naive and the deluded are the consumers.

I think dogs are the most amazing creatures.
They give unconditional love.
For me they are the role model for being alive.
( Gilda Radner )

Cats know what we are feeling.
They don’t care or give a damn.
But they know.

The wild things of this earth are not ours to do with as we please.
They have been given to us in trust, and we must account for them to the generation which will come after us and audit our accounts.
( William T. Hornaday )

Humans don’t need to eat animals, so why do so many people choose to make them suffer?

Dogs have given us their absolute all.
We are the centre of their universe.
We are the focus of their love and faith and trust.
They serve us in return for scraps.
It is without a doubt the best deal man has ever made.
( Roger Caras )

A home without a dog is just a house.

Everybody is born so that they can learn to live a good life, like loving everybody and being nice, right?
Well animals already know how to do that, so they don’t have to live so long.
( Robin Downing )

My sunshine doesn’t come from the skies.
It comes from the love in my dog’s eyes.

Everything I need to know I learned from my dog.

I can’t think of anything that brings me closer to tears than when my old dog, completely exhausted after a hard day in the field, limps away from her nice spot in front of the fire and comes over to where I’m sitting and puts her head in my lap, a paw over my knee, and closes her eyes, and goes back to sleep.
I don’t know what I’ve done to deserve that kind of friend.
( Gene Hill )

Being a mother doesn’t mean being related to someone by blood.
It means loving someone unconditionally and with your whole heart.

Animals, like us, are living souls.
They are not things.
They are not objects.
Neither are they human.
Yet they mourn.
They love.
They dance.
They suffer.
They know the peaks and chasms of being.
( Gary Kowalski )

If I had a dollar for every time my dog made me smile, I would be a millionaire.

There are no magical slaughter-houses where animals are fed their favourite meal, make a last phone call to a loved one and voluntarily hold their breath until they die.
The act of slaughter is violent, vicious, bloody and hellish.
The animals do not not sacrifice themselves for your pleasure, tradition or greed.
They are dragged in kicking and screaming until their last breath.
Don’t fool yourself into thinking that you can eat meat, dairy and eggs and remain disconnected from this violence.
The only way out is vegan.
( Gary Smith )

Happiness for a dog is having an owner who loves you.

Everyone thinks they have the best dog.
And none of them are wrong.
( W.R. Purche )

A Hippopotamus gives birth under water and nurses its young there.
But the young hippos do come up for air from time to time.
Hippo milk is pink.

The way to get on with a cat is to treat it as an equal.
Or even better, as the superior it knows itself to be.
( Elizabeth Peters )

Polar bears are the only mammals that have hair on the soles of their feet.
It helps them to get a good grip on icy surfaces and also acts as a good heat insulator.

I love them, they are so nice and selfish.
Dogs are too good and unselfish.
They make me feel uncomfortable.
But cats are gloriously human.
( L.M. Montgomery )

Elephants might be massive but most of them weigh less than a blue whale’s tongue.
They can also hear very low sounds, which is why they can detect when storms are brewing.

As anyone who has ever been around a cat for any length of time well knows cats have enormous patience with the limitations of the human kind.
( Cleveland Amory )

Every breed of dog can be taught to be aggressive.
It’s time to stop blaming the wrong end of the leash.

The main thrust of the government’s concern re: the badger cull, is whether it can be done safely.
Not for the badgers it can’t.
( Jack Dee )

I may not speak your language, but when you spend time in my presence and listen with your heart, you will hear my voice.

The murderous insanity of the badger kill.
‘Cull’ is far too soft a word for what takes place – not in order to protect cows – who are butchered anyway, but in order to make more money for farmers.
( Morrissey )

No one should be born to be killed – No one.

A bone to the dog is not charity.
Charity is the bone shared with the dog, when you are just as hungry as the dog.
( Jack London )

Cats have got more than one hundred vocal sounds while dogs only have about ten.

The only creatures that are evolved enough to convey pure love are dogs and infants.
( Johnny Depp )

When you are in a room full of people, is there a better feeling than when the dog chooses to sit next to you?

In fact, if one person is unkind to an animal it is considered to be cruelty, but where a lot of people are unkind to animals, especially in the name of commerce, the cruelty is condoned and, once large sums of money are at stake, will be defended to the last by otherwise intelligent people.
( Ruth Harrison )

Blue whales have the loudest whistle in the whole animal kingdom.
It measures 188 decibels.
Louder than a jet plane at take-off.

Alligators can survive the winter by freezing their heads in ice but they leave their noses out so they can breathe.

Petting, scratching, and cuddling a dog could be as soothing to the mind and heart as deep meditation and almost as good for the soul as prayer.
( Dean Koontz )

Giraffes have the same number of bones in their necks as a human.
They are just bigger.

Where do we record the passing of wildlife?
Who mourns the silent deaths of the small?
( O.R. Melling )

Puppies as young as four weeks old are taken from their mothers to be used in laboratory tests.

Don’t you find it a beautiful clean thought, a world empty of people.
Just uninterrupted grass, and a hare sitting up?
( D.H. Lawrence )