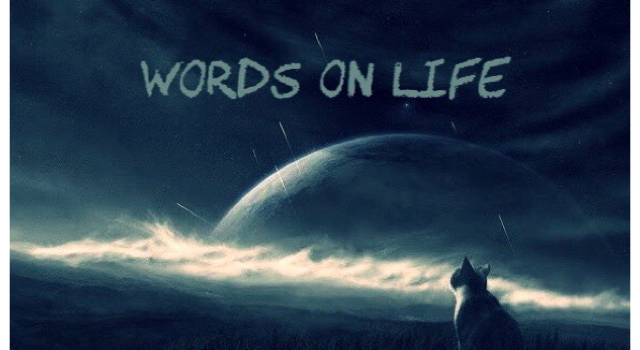 Female Rule In England ..
In 1553, as the sick king Edward VI lies dying, England faces a terrible dilemma.
The nine closest contenders to the throne are all female.
Edward’s elder half-sisters Mary and Elizabeth lead the way, followed by a string of cousins including Lady Jane Grey.
All these women are intelligent and educated, but the idea that a mere woman should wield the highest authority in the land strikes the diplomats and dukes who cluster around the deathbed as ‘monstrous’.
Everyone knows that man is the head of woman, and the king is head of all.
How, then, is it possible for a woman to be king?
As it turned out, having a woman on the throne was not only possible, but a recipe for success.
Following a bumpy few years under Mary Tudor, the succession passed in 1558 to Elizabeth, who ushered in a golden 45-year period of relative peace and prosperity.
What all those doomsayers had forgotten was that England had a tradition of female rule.
Four centuries earlier, Matilda, granddaughter of William the Conqueror, had briefly seized power.
She was followed over the next 300 years by a trio of exceptional women – Eleanor of Aquitaine, Isabella of France and Margaret of Anjou – who exerted almost total control over the country by virtue of being married or mother to kings far weaker than they.

Princess Victoria And ‘Boy Jones’ ..
When 18-year-old Princess Victoria ascended the throne in 1837, she found herself on the receiving end of some decidedly creepy attention.
Lonely men wrote offering to marry her.
Creepiest of all, though, was Edward Jones, a teenage street urchin who made a habit of breaking into Buckingham Palace and wandering around for days at a time in the hope of meeting the Queen.
‘Supposing he had come into the bedroom, how frightened I should have been’, wrote Victoria in her journal after Jones had been discovered lurking in her dressing room after stealing some of her underwear.
What makes the Jones case so fascinating is the way the Establishment responded to the threat posed by one persistent street urchin.
For a start, there was embarrassment at the way Jones had exposed lax Royal security.
Ageing flunkies dozed half-sozzled through the night while the nearest police station was over a mile away.
When he claimed at his trial to have been living in the Palace for more than a year, having slid down a chimney, no one was quite sure whether to believe him.
Amid such confusion, there was no option but for the magistrate to acquit Jones of breaking in with the intention of theft – it was, he said, just a daring folly.
Despite being decidedly ugly, Jones became a folk hero.
If the ‘Boy Jones’, as he became known, had left it at that, then his might have been a jolly tale.
The problem was the young man was clearly in the grip of a compulsion, because he kept on returning to the palace to perch on the throne or rifle through Victoria’s letters.
Alarmed by his persistence, the authorities first kidnapped the lad and handed him over to the Navy for a long spell at sea.
When that didn’t work, he was charged with theft and sent to Australia.
But Jones turned up again in England years later like a bad penny.
By this time, though, both the ‘Boy’ and the object of his obsession were middle-aged, and Victoria was no longer anyone’s idea of a romantic princess.
There were no more attempts to break in.

Richard Dadd, Artist And Madman ..
The Victorian artist Richard Dadd is famous for two things.
First, painting extraordinarily exact and peculiar pictures of goblins and fairies.
Second, stabbing his father to death.
Dadd was born in Chatham, Kent, in 1817, one of seven children.
As a young man, he gained a place in the Academy School in London, and was soon exhibiting landscape paintings of Devon and scenes from early English history involving King Harold and King Alfred.
Aged 22, he had the world at his fingertips, although the world he preferred to paint was a fantasy, populated by fairies flying through the air, floating past naked ladies.
Did these paintings contain the seed of his future madness?
Staying overnight in the village of Cobham, the artist suggested a walk in the park.
Once there, he drew out a knife, and stabbed his father to death.
He fled to France, where he attempted to kill a fellow passenger in a coach and was duly arrested.
He later explained to a doctor at Bethlem Mental Asylum – popularly known as Bedlam – that his true father was the Egyptian sun god Osiris, and that his earthly father was an impostor who had to be sacrificed in order to set Osiris free.
Searching his house, investigators found that a portfolio containing drawings of many of his friends, all with their throats cut.
He was to spend the next 43 years of his life locked up in mental institutions.
But throughout those 43 years, he carried on painting.
Dadd died of TB in Broadmoor in 1886, and remained largely forgotten for the next 75 years.
Then in 1963, the war poet Siegfried Sassoon bequeathed his most compelling painting, The Fairy Feller’s Master Stroke, to the Tate Gallery, where it soon became a cult object – a magnet for the hippy movement, and for all those who like to imagine that madness is simply a higher form of sanity.