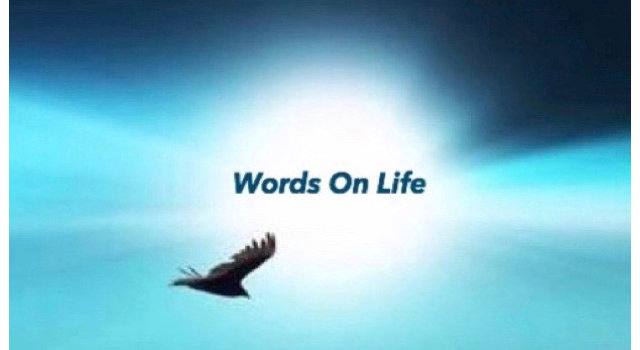 Viewing the child solely as an immature person is a way of escaping confronting him.

One of the most obvious facts about grownups to a child, is that they have forgotten what it is like to be a child.

If there is anything that we wish to change in the child, we should first examine it and see whether it is not something that could better be changed in ourselves.

The finest inheritance you can give to a child is to allow it to make its own way, completely on its own feet.

It is ominous for the future of a child when the discipline he receives is based on the emotional needs of the disciplinarian rather than on any consideration of the childs own needs.

You never get over being a child, long as you have a mother to go to.

The most important thing a father can do for his children is to love their mother.

The purpose of the child is to live, to feel the mysterious presence of life in every limb, and in so far as he does this he is happy.

Children are the living messages we send to a time we will not see.

She loved a little boy very much.
Even more than she loved herself.
She calls him SON.

The greatest natural resource that any country can have is its children.

Never teach your child to be cunning, for you may be certain that you will be one of the first victims of his shrewdness.

The ‘good’ child may be frightened and insecure, wanting only to please his parents by submitting to their will.
While the ‘bad’ child may have a will of his own and genuine interests but ones which do not please the parents.

The Mass Abuse Of Children ..
Nothing, especially facts and logic, seems to be able to stop the ill-informed frenzy of rage against the Roman Catholic Church (to which I don’t belong).
What do they think happened to small boys and girls in the pre-christian world, when the molesting of the young by the old was considered normal ?
Haven’t they also noticed that one of the main campaigns of the sexual liberation front is the reduction of the age of consent. For whose benefit is this ?
Anyone would think the Vatican told its priests to be paedophiles, when in truth the opposite is the case.
There has been mass abuse of children in ‘care homes’.
In this case, the abuse takes the form of feeble neglect.
It receives innocent children betrayed by their parents and turns them into feral monsters doomed to lives of misery, violence, drugs and crime.
Who speaks out against it?  No one.
The anti-pope campaigners must work out what they really care about.
Are they, as they claim, trying to help the children?
Or is this all just a pretext to attack one of the last remaining strongholds of Christianity?
The wicked, paedophile priests must be brought to justice,
But that is a matter for the police and the courts. And, of course, God.
The Pope’s second-in-command, Cardinal Tarcisio Bertone, made the outrageous claim that homosexuality is linked to paedophilia.
If only God hadn’t made gays then priests wouldn’t fiddle with kids.
It is a truly pathetic vision to distance themselves from the Catholic Church’s scandalous record on child abuse.
After years of keeping their eyes conveniently shut to what was going on, they’ve opened them and they’re searching for scapegoats.
The Pope and his cronies are an embarrassment to today’s modern Catholics.
( Peter Hitchens )

Busy parents, or parents who can’t be bothered, are buying off youngsters with computers and video games and have created a generation with no respect for authority.
These children become isolated at home and do not learn how to get on with others.

Wanting what’s best for our children and letting them decide what’s best for themselves is sometimes a difficult thing, but somewhere in the middle of it all are the moments that make a family learn to grow and trust one another.

Hold fast to simplicity of heart and innocence.
Be as a child who does not know the wickedness that destroys grown people’s lives.

Parents are the bones on which children sharpen their teeth.

There is just one way to bring up a child in the way they should go and that is to travel that way yourself.

Children have never been very good at listening to their elders, but they have never failed to imitate them.

Have great care of your children.
We live in a time when much freedom is given to the expression of thought, but little care is taken that thoughts should be founded on truth.
Teach them to love truth.

There is something deeply wrong with a society in which some children are so miserable, so lonely and so deprived of hope that they spend their free time sniffing glue out of crisp bags and drinking high alcohol cider so that they can escape from the world we have created for them.

Our Heavenly Father never takes anything from his children unless he means to give them something better.

A child is not a vase to be filled. But a plant to be cultivated.

The most difficult and the most necessary part of raising children is letting go.
The hardest and the greatest gift you can give them is their freedom.

When no great harm will result, let your children do it their way, even if you know they are wrong.
They will learn more from their mistakes than from their successes.

Too Many Children Are Abandoned ..
Real poverty, the kind that destroys generations, is about more than money.
Being poor is about a lack of opportunity.
It is about never being taught the value and dignity of work.
It is about a child never taking their eyes off a TV set for long enough to look at the stars. Most of all it is about a lack of education.
The children of the poor have been abandoned by politicians of both parties for almost half a century.
The Old Etonians are not very bright.
A monkey could get three a-levels if he was sent to Eton.
Too many poor British children no longer get a decent state education.
The working class has largely been abandoned.
In the sixties and seventies, a child from the working class who passed the 11-plus would be packed off to grammar school.
His less academic mates would be encouraged to get a trade.
All schools prepared children for life, and a lifetime of work.
Today, too many children are left behind.
Too many children are allowed to fail.
Too many children are abandoned.
( Peter Hitchens )

Don’t smother your child.
No one can grow in shade.

Sometimes children behave badly and get ratty because they are exhausted, cooped up for too long in front of the television, full of junk food, or juddering with sugar.

Teaching children to count is fine.
But teaching them what counts is best.

Trust your children’s judgement and encourage them to develop their independence.
Asking a child for solutions gets their brain working and helps them to feel more confident.

My interest is in the future, because my children are going to spend the rest of their life there.

Everything that lifts the spirit and makes the heart glad is what we wish for our children.

Obesity is now one of the biggest health problems facing children.
Never push children into eating up all the food on their plate.
Give children plenty of time and love, and they won’t need to stuff themselves with chocolate, sweets and junk food.
Encourage your child to eat slowly.
Don’t use food as a punishment or reward.

Being a teenager is looking at life one way and being a parent is looking at life another way.
But there’s a meeting ground in between where we can talk and listen, teach and learn, and live and be happy, and be glad that we care so much and respect each other, and love each other always, no matter what.

Mother dear, lend me your heart.
I look for it each day to pour my troubles into.

What the world needs is not romantic lovers who are sufficient unto themselves, but husbands and wives who live in communities, relate to other people, carry on useful work and willingly give time and attention to their children.

We never know the love of the parent until we become parents ourselves.

When you are a mother, you are never really alone in your thoughts.
A mother always has to think twice, once for herself and once for her child.