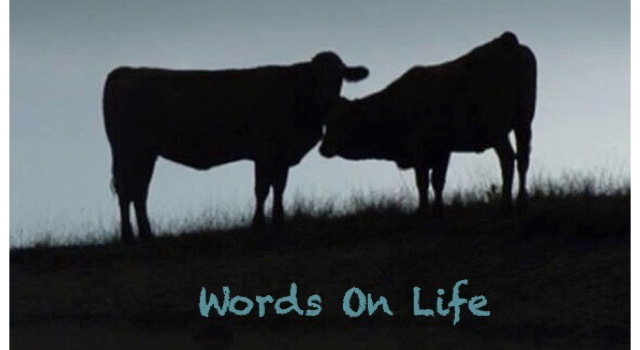 Pork Contaminated With MRSA ..
Pork sold by several leading British supermarkets has been found to be contaminated with a strain of the superbug MRSA that is linked to the overuse of powerful antibiotics on factory farms.
Many people carry the bacteria without any signs of illness, but some have developed skin complaints, and the bug can cause life-threatening infections, including pneumonia and blood poisoning.
Experts warn that the superbug has emerged as a result of antibiotic use in intensive farming and there is evidence that the UK could be at risk of a wider health crisis unless the issue is tackled by the authorities.
( The Guardian, 18.06.2015 )

The Harvard School of Public Health released a food guide called ‘Healthy Eating Plate’ in which they say a high intake of dairy products can increase the risk of prostate cancer and ovarian cancer.
The Harvard experts also say that collards, book chop, fortified soya milk and baked beans are safer choices than dairy.

Dirty Chickens ..
One in three Brits could be hit by deadly food poisoning, a watchdog warns.
The campylobacter bug is on the skin of ‘dirty chickens’ and could make around 20million of us ill over the course of a life-time, says the Food Standards Agency.
There are 100 deaths a year among the 280,000 people who get sick from it.
A FSA study found 75% of supermarket chickens were contaminated.
( Ruki Sayid, 18.05.2015 )

Drinking cows milk has been linked to iron-deficiency anemia in infants and children.
It has been named as the cause of cramps and diarrhea in much of the world’s population and the cause of multiple forms of allergies as well.
The possibility has been raised that it may play a central role in the origins of atherosclerosis and heart attacks.
( Dr. Frank Oski )

Should Humans Be Drinking Cow’s Milk ? ..
Laden with saturated fat and cholesterol, milk is contaminated with cow’s blood and pus and is frequently contaminated with pesticides, hormones, and antibiotics.
Dairy products are linked to allergies, constipation, obesity, heart disease, cancer, and other diseases.

Maybe you’re lactose intolerant because you’re not a baby cow.

Dairy foods are definitely not a natural part of our diet.
Our physiology suggests that we really did not evolve to consume dairy beyond early childhood.
Three out of 10 adults are lactose intolerant, meaning they can’t digest the sugar in milk.
So they likely suffer gas or diarrhea when undigested lactose reaches the large intestine.
( Virginia Messina )

Breast-Fed Babies Do Best ..
Breast-fed babies have a lower risk of childhood leukaemia, a study suggests.
Tots breastfed for six months or longer were 19% less likely to suffer the cancer, compared with those who had no breast milk or were breast-feeding for a shorter period.
Researchers also found that having had some breast-feeding compared with none lowered the risk by 11%.
The team said breast milk contains immunologically active components and anti-inflammatories that boost infants’ immune systems.
( Stephen Beech, 02.06.2015 )

Breast-fed babies are a third less likely to have a heart attack later in life, a study claims.
It found those on mothers’ milk for the first three months had lower levels of a chemical that causes cardiovascular disease.
The U.S. study of 7,000 people also found low birth weight led to higher levels of the inflammatory C-reactive protein.
( Daily Mirror, 23.04.2014 )

Humans are the only species to drink milk into adulthood, and also the only ones to drink milk from another species.
The Dairy Industry wants to make it illegal for plant-based milk labels to use the word ‘milk’.

A Handful Of Nuts Can Cut The Risk Of Death ..
Eating nuts every day can slash your risk of dying from cancer or heart disease, research reveals.
Just 15g of nuts or peanuts a day – half a handful – leads to a substantially lower risk of major causes of death.
But eating more nuts does not increase life expectancy any further.
And researchers did not find the same health benefits in peanut butter.
Salt and trans fats in peanut butter might act against the beneficial effects of the peanuts themselves.
The risk reduction for both men and women is strongest for respiratory disease, neurodegenerative disease and diabetes.
( Andrew Gregory, 11.06.2015 )

The Damning Verdict By The British Medical Association ..
In an unprecedented attack on David Cameron, the British Medical Association has warned that his flagship policies have not helped the sick, frail and elderly.
The damning verdict is supported by a show of distrust in the Tories and Health Secretary Jeremy Hunt, with a staggering 95% of the country’s doctors saying they do not agree that the PM’s policies have improved the quality of patient care.
The BMA, which represents 150,000 medics and is Britain’s biggest doctors’ union, wants the Health and Social Care Act – which opened up the NHS to the private sector – to be scrapped.
At a cost of £3billion, it has been branded a ‘fiasco’ and has taken vital funding away from frontline services since being implemented last year, according to medical experts.
( Andrew Gregory, 23.06.2014 )

Commercially Produced Milk May Cause Cancer ..
The high levels of hormones found in commercially produced milk may be harmful to human health.
Estrogens and other growth factors have been implicated in the development of hormone-dependent cancers, those affecting the prostate, testes, ovaries, breasts, and uterus.
A grave concern stems from the fact that milk-producing cows in commercial dairies, through use of artificial insemination and high-quality winter feed, are kept pregnant and lactating 300 days a year.
Cows are like humans.
When they get pregnant, the estrogen levels in their blood, milk, and urine increase.
Pasture-fed cows are milked only through the first three months of a new pregnancy.
Their raw milk had only one-tenth the progesterone found in commercially produced milk.
In a 2002 study of cancer and diet in 42 countries, it found that countries with the highest consumption of dairy products suffered the highest rates of prostatic and testicular cancer.
A similar study in 2005 showed much the same results for breast, ovarian, and uterine cancers.
Since the 1950s, the intake of milk has increased twentyfold, and the incidence of prostate cancer has increased twenty-five-fold.
( Ganmaa Davaasambuu, physician and doctorate in environmental health, 2007 )

Mental Health Breakdown Is A Life-Threatening Illness ..
Our appalling attitude toward mental health is summed up in the tragic story of a mum with postnatal depression who killed her baby.
Erin Sutherland, 36, admitted smothering her nine-month-old daughter, Chloe, after she was refused further psychiatric help because it was more than six months since she gave birth.
Imagine being denied ongoing treatment for a leg fracture because it had been more than six months since it happened?
The same with cancer or any other life-threatening disease?
Mental health breakdown is a life-threatening illness.
When are we going to start believing that and treating it appropriately.
( Fiona Phillips, 27.06.2015 )

The Government Is Secretly Privatising The NHS ..
One by one the Government is alienating, as well as secretly privatising, our treasured public services.
Not content with ignoring the expertise of teachers, knocking them as dangerous Marxists and ‘enemies of promise’ at every turn and threatening ‘dawn raids’ by inspectors as though schools were crack dens, they’ve now launched their discrediting hit squad on doctors.
The British Medical Association said patients were being put at risk by ‘brutal disinvestment’ in general practise and are now often waiting two weeks for GP appointments.
BMA Council member Chaand Nagpaul warned that GP services are ‘imploding’, and could affect the future of the entire NHS.
In reply, Health Secretary Jeremy Hunt said doctors were ‘scaremongering’.
So there you have it – our esteemed Government is overseeing a bunch of militant, useless teachers and lying, incompetent doctors.
Funny that, because most teachers and doctors I’ve met are some of the most passionate, determined, caring people around.
The Government is on a mission to bring the NHS to its knees, so total privatisation can be hailed as the big rescuer.
Teachers and doctors are the ones who know the truth.
( Fiona Phillips, 28.06.2014 )

Avoid Farmed Salmon ..
Although fish sounds like one of the healthiest foods possible, farmed salmon is one you should avoid.
Unfortunately, more than 60% of the salmon consumed in the USA is farm raised.
These fish are fed unnatural diets and are contaminated with chemicals, antibiotics, pesticides, and other known carcinogens.
They live in very crowded conditions which results in these fish having 30 times the number of sea lice than wild salmon.
Farmed salmon are fed chemicals to make their meat that reddish pink colour that should occur naturally but doesn’t because of the diet of chicken litter that they are fed.
Also, due to their diet, they have less of the healthy omega-3 that we think we are getting when we consume fish.
Studies have also shown that farmed salmon contain high levels of PCB’s, mercury, and cancer causing dioxins.
Avoid farmed salmon and buy it canned or look for labels in your market that state the fish you are buying is wild sockeye salmon.
( Natural Health News, 09.05.2014 )

NHS Staff Battling To Cope Deserve Praise ..
David Cameron should listen to his doctor brother-in-law about the terrible state of the National Health Service.
Cardiologist Carl Brookes, husband of the Tory leader’s sister Tania, has done us all a favour, including perhaps even Cameron himself, by highlighting the danger the NHS is in.
Because the Prime Minister cannot shirk his share of blame.
He was the one who imposed a £3billion management nightmare on the NHS instead of spending that wasted money on an alternative plan to link hospitals and social services.
This would have enabled vulnerable, frail and elderly patients to be moved back into their homes instead of blocking beds.
Labour’s Andy Burnham understands what is wrong in the NHS.
Health Secretary Jeremy Hunt appears unable to grasp what needs to be done.
So too does Cameron, an ideological PM behind that smirk.
He wants to privatise parts of the NHS, fragmenting care, when what we need is seamless co-ordination.
NHS staff battling to cope deserve praise.
Cameron and Co are inflicting more damage than any superbug.
( Daily Mirror, 02.02.2015 )