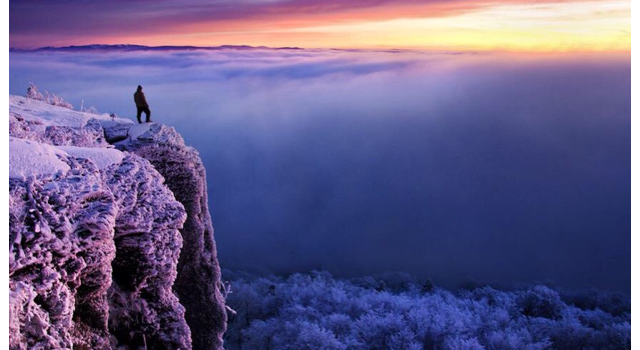 Most of our lives, most of us live in realities determined by others, imprinted in our brains by education, by religion, by politics, by the authorities.
( Tim Leary )

Growing old is just a habit which a busy person has no time to form.

Leaders with compassion use words that build rather than break.
They resolve the problem, not the blame.

I always wonder why birds choose to stay in the same place when they can fly anywhere on the earth, then I ask myself the same question.
( Harun Yahya )

Insurance means that, once you are dead. You are made for life.

Life is like a sewer. What you get out of it depends on what you put in it.

I must not fear. Fear is the mind-killer. Fear is the little-death that brings total obliteration. I will face my fear. I will permit it to pass over me and through me. And when it has gone past I will turn the inner eye to see its path. Where the fear has gone there will be nothing. Only I will remain.
( Frank Herbert )

Live forever, or die trying to.

The trouble with life in the fast lane is that you get to the other end in an awful hurry.

There are no easy answers, but there are simple answers.
We must have the courage to do what we know is morally right.
( Ronald Reagan )

Death is just a distant rumour to the young.

We may live in this world only once. But if you live right, once is enough.

The earth, like the sun, like the air, belongs to everyone and to no one.
( Edward Paul Abbey )

The world is made of people who never quite get into the first team and who just miss the prizes in the raffle.

When all else fails, read the instructions.

If you put the federal government in charge of the Sahara Desert.
In five years there would be a shortage of sand.
( Milton Friedman )

Life is the greatest bargain. We get it for nothing.

A Tragedy Of Our Age ..
It’s a tragedy of our age that we worship actors and actresses, watch them all the time, read about them endlessly and want so much to be like them, when their only claim to fame is spouting other people’s lines.
The people we really should admire are those who put their lives on the line for us, nurse us when we’re sick and those who spend most of their time caring for the elderly, the disabled and the victims of this planet.

One reason so many of us are disappointed with life is that we keep praying for a gourmet dinner instead of giving thanks for our daily bread.

Kindness is not an act. It is a lifestyle.
( Anthony Douglas Williams )

The quickest way of ending a fight is to lose it.

Be brave. Even if you’re not, pretend to be.
No one can tell the difference.

An oak tree is just a nut that held its ground.

An activist is someone who cannot help but fight for something.
That person is usually not motivated by a need for power, or money, or fame, but in fact driven slightly mad by some injustice, some cruelty, some unfairness. So much so that he or she is compelled by some internal moral engine to act to make it better.
( Eve Ensler )

The law is man’s feeble attempt to lay down the rules of decency.

Never having been able to succeed in the world,
Some people take revenge by speaking ill of it.

Most people would rather be ruined by praise than saved by criticism.

Government is actually the worst failure of civilised man.
There has never been a really good one, and even those that are most tolerable are arbitrary, cruel, grasping and unintelligent.
( H.L. Mencken )

A lady is a woman who makes a man behave like a gentleman.

Beautiful faces are everywhere.
But beautiful minds are hard to find.

The first mistake is asking a politician. The second is believing one.

If you can’t give the public a good reason to vote for you.
Scare them into believing something terrible will happen if they don’t.

Our boys were sent off to die with beautiful ideals painted in front of them.
No one told them that dollars and cents were the real reason they were marching off to kill and die.
( General Smedley Butler )

Peace cannot be achieved in a system where there are people who make profits on war.

A gentleman is one who puts more into the world than he takes out.
( George Bernard Shaw )

The secret of success is to pull your own weight until you’re big enough to throw it around.

Nature selects its elements to resemble some people.
Thunder makes all the noise, but lightning does the damage.

When you engage in spectacular flights of fancy.
Be prepared for rough landings.

Some people have trouble keeping their mind open and their mouth shut at the same time.

The nation’s morals are like its teeth.
The more decayed they are the more it hurts to touch them.

If we open a quarrel between the past and the present.
We shall find we have lost the future.
( Winston Churchill )

Whatever happens to you will already have happened to someone else, only more so.

It’s easier to react than to think.

The person who says something can’t be done is often interrupted by someone doing it.

The young don’t know what to do.  And the old can’t do what they want.

In such a world of conflict, a world of victims and executioners, it is the job of thinking people not to be on the side of the executioners.
( Albert Camus )

Show me a good loser and I’ll show you a loser.

If you give someone a piece of your mind.
Make certain you can get along on what you have left.

Thinking is the hardest work there is.
Which is probably the reason why so few engage in it.

An intellectual is a man who takes more words than necessary to tell more than he knows.

Curiosity is unique to our species.
No other life form pokes its nose into things that do not directly concern its own survival or that of its genes.

Human beings are born with very few fears – falling, sudden movements, loud noises, that’s about it – all the rest have to be learned.

You are here to be swallowed up. And when it happens that you are broken, or betrayed, or left, or hurt, or death brushes near, let yourself sit by an apple tree and listen to the apples falling all around you in heaps, wasting their sweetness. Tell yourself you tasted as many as you could.
( Louise Erdrich )

When you are down and out something always turns up..
And it’s usually the noses of your friends.

Anytime things appear to be going better, you’ve overlooked something.

Fame is written in ice. Eventually the sun will shine.

Let every nation know, whether it wishes us well or ill, that we shall pay any price, bear any burden, meet any hardship, support any friend, oppose any foe to ensure the survival and the success of liberty.
( John F Kennedy )

It is hard to believe a man is telling the truth when you know that you would lie if you were in his place.

Some people contribute nothing to this world..
And it’s a better place for it.

Executive ability is deciding quickly and getting somebody else to do the work.

It is hard to imagine a more stupid or more dangerous way of making decisions than by putting those decisions in the hands of people who pay no price for being wrong.
( Thomas Sowell )