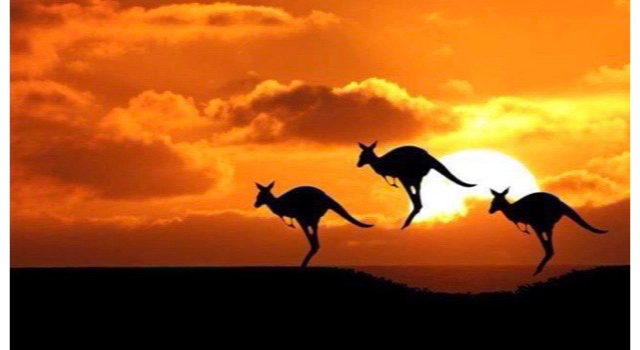 The words of the wise are like torches to guide us through the tunnel of life.

In the middle of every difficulty lies opportunity.

Sometimes you have to leave before you realise what you left behind.

Man is not, by nature, deserving of all that he wants.
When we think that we are automatically entitled to something, that is when we start walking all over others to get it.
( Criss Jami )

It’s the man that works when there’s nothing to do that gets to the front.

All your memories are behind you.
All your dreams are before you.
All those you love are around you.
All that you need is within you.
( Florence Emily Hookins )

There is a big difference between what we say and what we think.

Some people say you are going the wrong way, when it’s simply a way of your own.
( Angelina Jolie )

The wise man makes hay with the grass that grows under the other fellow’s feet.

When people are free to do as they please.
They usually imitate each other.

Almost every sinful action ever committed can be traced back to a selfish motive.
It is a trait we hate in other people but justify in ourselves.
( Stephen Kendrick )

No one has a better command of language than the person who knows when to talk and when to keep quiet.

Silence is the sleep that nourishes wisdom.

When a man walks into a room he brings his whole life with him.

Don’t try to hog loneliness and keep it all to yourself. Share it with a special someone.
( Jarod Kintz )

We create our own destiny every day we live.

The single biggest problem in communication is the illusion that it has taken place.
( George Bernard Shaw )

Never leave hold of what you’ve got until you’ve got hold of something else.

He who hesitates is probably right.

When you have wit of your own, it’s a pleasure to credit other people for theirs.
( Criss Jami )

The wheel that squeaks the loudest is the one that gets the grease.

It is a simple task to make things complex.
But a complex one to make them simple.

Self-interest blinds some people and sharpens the eyesight of others.

We all should rise above the clouds of ignorance, narrowness, and selfishness.
( Booker T. Washington )

Never postpone enjoyment because there is no time like the pleasant.

Heroes have intervals of fear, cowards moments of bravery and virtuous women moments of weakness.

My way of joking is to tell the truth.
It’s the funniest joke in the world.
( George Bernard Shaw )

There is a big difference between giving advice and lending a hand.

Some people go through life not knowing what they want but feeling sure they don’t have it.

It’s better to have a morning after than never to have had a night before.

First fight the enemies you cannot see. Egoism, arrogance, conceit, selfishness, greed, lust, intolerance, anger, lying, cheating, gossiping and slandering.. If you can master and destroy them, then you will be ready to fight the enemy you can see.

We have all been given free will, free to be selfish.
We also have a mechanism that will penetrate our selfishness and wake up to the presence of all others we share this world with.
That mechanism is called suffering.
( Rose Winfold )

Choose a job you love, and you will never have to work a day in your life.

Some people stop to think and forget to start again.

Every dream is a prophecy.
Every jest is an earnest in the womb of time.
( George Bernard Shaw )

Those who don’t ever complain will never be pitied.

By working faithfully eight hours a day, you may eventually get to be a boss and work twelve hours a day.

Statistics clearly show that most family problems are relatives.

Experience may not be worth what it costs.
But we can’t seem to get it for any less.

Life is bigger than only worrying about things that benefit you.
There is absolutely no fulfillment in selfishness.
( Edmond Mbiaka )

It’s only when you are pursued that you become swift.

Some are born great, some achieve greatness.
And some have greatness thrust upon them.

Just because something has been done for years, it doesn’t make it right.

Selfishness and greed, individual or national, cause most of our troubles.
( Harry S. Truman )

The closest to perfection a person ever comes is when they fill out a job application.

How wonderful it is to stay silent when someone expects you to be enraged.

Some people manage by the book, even though they don’t know what a book is.

To succeed in the world one should seem a fool but be wise.

If you could sell your experience for what it cost you.
You would have a fortune.

How can I know what I think till I see what I say?

In a civilised society we have no right to inflict unnecessary suffering on other creatures, irrespective of our religious beliefs.

A simple vote is among the largest yet most acceptable forms of bigotry, and that is because people play the card only when they feel that in doing so it conveniences themselves.
( Criss Jami )

When a stupid man is doing something he is ashamed of, he always declares that it is his duty.

Compassion is simply the deep awareness of the suffering of others, and the sincere desire to relieve their suffering.

The difference between genius and stupidity is that genius has its limits.

The devil frequently fills our thoughts with great schemes, so that instead of putting our hands to what work we can do to serve our Lord, we may rest satisfied with wishing to perform impossibilities.
( Santa Teresa de Jesús )

The one who least wants to play is the one who will win.

I am a believer in punctuality though it makes me very lonely.

There are moments in life when you wish you could bring someone down from Heaven. Just to give them one more hug, a kiss, and to hear their voice.

We live not in the world outside, but in a world inside ourselves.
( Harun Yahya )