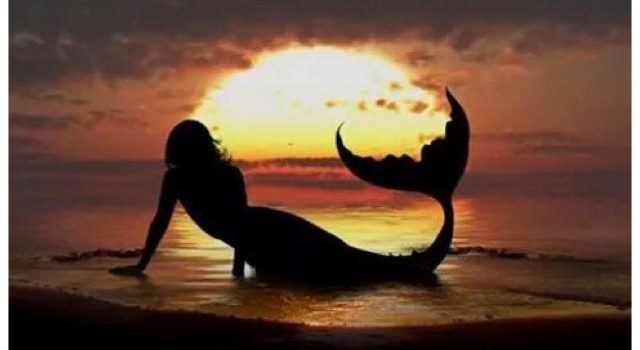 Animals cannot speak, but can you and I not speak for them and represent them?
Let us all feel their cry of agony and let us all help that cry to be heard in the world.
( Rukmini Devi Arundale )

How many people have been brainwashed to love a cat or a dog and not a pig or a sheep?

Life is life.. whether in a cat, or dog or man.
There is no difference there between a cat or a man.
The idea of difference is a human conception for man’s own advantage.
( Sri Aurobindo )

For the sake of some little mouthful of flesh, we deprive a soul of the sun and light and of that proportion of life and time it had been born into the world to enjoy.
( Plutarch )

My body is a garden, not a graveyard for animals.

The animals cannot cry out for justice.
It is the duty of the people who care to do so for them.

Auschwitz begins wherever someone looks at a slaughterhouse and thinks:
“They’re only animals”.
( Theordor W Adorno )

When the suffering of other animals does not move you, the word ‘human’ stops describing you.

If you don’t speak up for animals, who will?

We need, in a special way, to work twice as hard to help people understand that the animals are fellow creatures, that we must protect them and love them as we love ourselves.
( Cesar Chavez )

When you are truly concerned with the suffering of every living being, that is consciousness, that is decency, that is compassion, that is being human.

Just as we have progressed beyond the blatantly racist ethic of the era of slavery and colonialism, so we must now progress beyond the speciesist ethic of the era of factory farming, of the use of animals as mere research tools, of whaling, seal hunting, kangaroo slaughter and the destruction of wilderness.
We must take the final step in expanding the circle of ethics.
( Pete Singer )

The wild, cruel animals are not behind the bars of a cage.
They are in front of it.
( Axel Munthe )

When animals express their feelings they pour out like water from a spout.
Animals’ emotions are raw, unfiltered, and uncontrolled.
Their joy is the purest and most contagious of joys and their grief the deepest and most devastating.
Their passions bring us to our knees in delight and sorrow.
( Marc Bekoff )

Animals do have a voice.
If you ignore their suffering, I will remind you of it.
If you don’t understand them, I will translate.
If you don’t hear them, I will be their voice.
You may silence them, but you cannot silence me as long as I live.
( Anita Mahdessian )

Why should man expect his prayer for mercy to be heard by what is above him when he shows no mercy to what is under him.
( Pierre Troubetzkoy )

We must fight against the spirit of unconscious cruelty with which we treat the animals.
Animals suffer as much as we do.
True humanity does not allow us to impose such sufferings on them.
It is our duty to make the whole world recognize it.
Until we extend our circle of compassion to all living things, humanity will not find peace.
( Albert Schweitzer )

I am not interested to know whether vivisection produces results that are profitable to the human race or doesn’t.
The pain which it inflicts upon unconsenting animals is the basis of my enmity toward it, and it is to me sufficient justification of the enmity without looking further.
( Mark Twain )

It’s sad and troubling that people get upset with vegans for pointing out how animals suffer unnecessarily, rather than getting mad at themselves for being the cause of their suffering.

A man is truly ethical only when he obeys the compulsion to help all life he is able to assist.
And shrinks from injuring anything that lives.
(Albert Schweitzer)

It’s not your right based on YOUR traditions, YOUR customs and YOUR habits to deny animals THEIR freedom so you can harm them, enslave them and kill them..
That’s not what rights are about.
That’s injustice.
( Gary Yourofsky )

Hunt Saboteurs are the thin line of compassion that stands between our wildlife and those who seek to destroy it for fun or out of greed or ignorance.
Please support them by your presence – or both!
If we had more sabs we could turn the thin line into a wall.
And then an impenetrable wall.
( Mike Huskisson )

When a dog attacks a child and scars them for life, the dog is euthanised.
Shouldn’t we do the same to paedophiles?
( Rose Winfold )

Animal lovers are a special breed of humans, generous of spirit, full of empathy, perhaps a little prone to sentimentality, and with hearts as big as a cloudless sky.
( John Grogan )

If we can teach people about wildlife, they will be touched.
Because humans want to save things that they love.
( Steve Irwin )

If a man aspires towards a righteous life, his first act of abstinence is from injury to animals.
( Albert Einstein )

Animals love their life.
The sparkle in their eyes is in no way different than the sparkle in the eyes of humans or any other living being.
( Florence Emily Hookins, 1896-1962 )

One day the absurdity of the almost universal human belief in the slavery of other animals will be palpable.
We shall then have discovered our souls and become worthier of sharing this planet with them.
( Martin Luther King, Jr. )

The deeper we look into nature, the more we recognise that it is full of life, and the more profoundly we know that all life is a secret and that we are united with all life that is in nature.
( Albert Schweitzer )

To a man whose mind is free there is something even more intolerable in the sufferings of animals than in the sufferings of man.
For with the latter it is at least admitted that suffering is evil and that the man who causes it is a criminal.
But thousands of animals are uselessly butchered every day without a shadow of remorse.
If any man were to refer to it, he would be thought ridiculous.
And that is the unpardonable crime.
( Romain Rolland )

Beyond the fur, hair and feathers of other animals is a living being, endowed with emotions, feelings and a living soul.
( Anthony Douglas Williams )

People get offended by animal rights campaigns.
It’s ludicrous.
It’s not as bad as mass animal death in a factory.
( Richard Gere )

Dogs are not our whole life, but they make our lives whole.
( Roger Caras )

It is wrong and immoral to inflict pain or injury on another living creature.
For whatever purpose.
( Rose Winfold )

We destroy life and we pollute the oceans and skies, yet we have the audacity to call ourselves superior beings.
( Anthony Douglas Williams )

More worthy of preservation than the rich array of animal life with which our country has been blessed.
It is a many-faceted treasure, of value to scholars, scientists, and nature lovers alike, and it forms a vital part of the heritage we all share as Americans.
( Richard Nixon, 28.12.1973 )

Animals should not require our permission to live on earth.
Animals were given the right to be here long before we arrived.
( Anthony Douglas Williams )

The Suffering Of Monkeys ..
Monkeys have had their brains damaged to mimic symptoms of Parkinson’s disease in tests funded by a charity.
The Cure Parkinson’s Trust part-funded the experiments which were said to have caused the live monkeys “severe” suffering.
Marmosets were first plied with the toxic chemical MPTP to induce Parkinsons-like symptoms then given the drug L-Dopa to cause uncontrolled movement and psychosis.
The UK Home Office, which regulates such tests, categorises degrees of pain, distress or lasting harm as mild, moderate and severe.
Animal Aid said the monkey tests, which were carried out in Canada, fell into the “severe” category.
It insisted repeating such tests – as happened in this case – would not normally be allowed in the UK and Europe.
( An extract from an article by Martin Bagot, 07.04.2014 )

One day we will communicate and understand the languages of all animals.
We will shed tears of joy, but they will be mixed with tears of shame.
( Anthony Douglas Williams )

On our humane dairy farm, we humanely strap a cow into a “rape rack”, forcibly impregnate her and humanely steal her babies.
( Len Firswood )

People eat meat and think they will become strong as an ox.
Forgetting that the ox eats grass.
( Pino Caruso )

There was a time when man could communicate with all animals, but we have since forgotten their language.
( Anthony Douglas Williams )

A cat purring on your lap is more healing than any drug in the world, as the vibrations you are receiving are of pure love and contentment.
( St Francis of Assisi )

Where Cowards Pay To Kill Animals ..
They’re called ‘canned hunts’, hosted on South African reserves, where cowards pay large amounts of money to kill something ‘exotic’.
If you can call animals that were raised by humans specifically for the hunt exotic.
And if a high-power rifle isn’t enough of an advantage the animals are also frequently drugged to ensure maximum killability.
( Rose Winfold )

It takes no skill or strength for ‘trophy’ hunters – what a ghastly term! – to track down and kill these beautiful animals.
Having been hand-reared by humans, they are accustomed to our presence.
Heartbreakingly, it’s not uncommon for animals to trot trustingly toward canned hunters for a handout of food.
Because these animals are usually kept in fenced enclosures (ranging in size from just a few square yards to thousands of acres), they never stand a chance of escaping, fighting back or surviving, and many endure prolonged, painful deaths.
( Mimi Bekhechi )

Humans are the only animals that seek happiness with wealth.
( Anthony Douglas Williams )