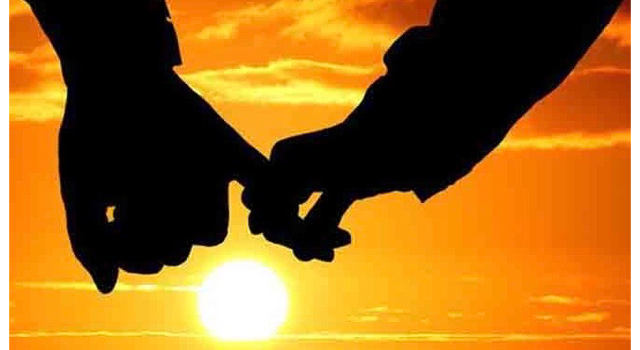 Poor Dental Health Is Associated With Dementia ..
Decent dental care in the UK has, for the past couple of decades, scandalously, been mainly available to sore-mouthed people with large salaries.
Teeth are not merely cosmetic additions to our face, they’re a vital part of our digestive systems and the gateway to our bodily health.
Poor dental health is associated with dementia, diabetes, kidney disease and some cancers.
Tooth extractions are among the most frequently carried out hospital operations.
We should be chomping at the bit for the return of proper affordable high street NHS dental surgeries.
( Fiona Phillips, 06.01.2018 )

Stem cells taken from the umbilical cords of babies can help people with heart failure, a study shows.
An intravenous infusion of the cells brings about a significant improvement in the ability to pump blood, found researchers at Chile’s University of the Andes.
( Metro, 27.09.2017 )

High Levels Of Acrylamide In Brewed Coffee ..
A judge has ordered coffee sellers including Starbucks to put cancer warnings on cups.
The decision covering California, made in a Los Angeles court, could expose companies to millions of dollars in fines.
A non-profit group had accused dozens of coffee firms of violating a state law that businesses with at least ten employees must disclose the presence of carcinogens and toxic chemicals.
One of those is acrylamide – a known carcinogen that is a by-product of roasting coffee beans.
It is present in high levels in brewed coffee.
Superior Court Judge Elihu Berle said: “While plaintiff offered evidence consumption of coffee increases risk of harm to the foetus, to infants, children and adults, defendants’ experts had no opinion on causation. Defendants failed to satisfy their burden of proving consumption of coffee confers a benefit to human health”.
The ruling noted neither side disputed the presence of acrylamide in coffee.
( Christopher Bucktin, 31.03.2018 )

The Heroin Of Childhood ..
Youngsters are given so much Calpol unnecessarily it has been dubbed “the heroin of childhood”, a medic says.
New dad Dr Chris van Tulleken investigated why the UK spends £64million a year on the paracetamol-packed syrup for a BBC documentary.
And he found we give children the medicine over three times more than 40 years ago.
Many use Calpol to ease mild fever, despite guidelines saying a high temperature – the body’s way of fighting infection – is not dangerous.
Dr Damian Rowland, of Leicester Royal Infirmary, confirms Calpol should only be given as a painkiller if a child is distressed.
But the medicine, linked to asthma and liver problems, is marketed as useful for fever and high temperatures, as well as blocked noses and coughs.
Dr Chris – who also fronts CBBC’s health show Operation Ouch! – said: “It makes me feel very angry. It’s not necessary in most of the instances they’re talking about. We need to get the facts out there”.
Dr Chris’s own GP, Dr Marlow, tells him: “We have children almost addicted to paracetamol, to Calpol. Not the drug itself, but the process. Some describe it as ‘the heroin of childhood’.”
( Nicola Methven, 19.05.2018 )

Under-Funding And Neglect Of The NHS ..
There is already a record waiting list of 5.7 million people waiting for routine hospital treatment, of which 1.7 million have been waiting more than 18 weeks.
More than 9,700 people have been waiting more than two years to begin hospital treatment.
The number of people having to wait more than 52 weeks to start treatment is over 292,000.
NHS England said that a record 5,025 people had to wait more than 12 hours at A&Es during August 2021, the highest since records began.
During the pandemic, millions of patients who were expected to be referred for treatment were not.
The number of ‘missing patients’ is now approaching an estimated 8 million – this is in addition to the 5.7 million on the current waiting list.
As services resume, some of the missing patients are expected to present to the NHS needing care, although precise numbers are uncertain.
If 75% of the missing patients return and activity continues as usual, the waiting list could grow to over 12.5 million.
Ten years of Government under-funding, neglect, and privatising services, has left the NHS in the worst condition since it was established in 1948.
( Rose Winfold, September 2021 )

A powerful sedative used in palliative end-of-life care is to be available on prescription in all pharmacies in France within four months.
Until now, the sedative Midazolam has only been available for use in hospitals.
Under the new rules, GPs will be able to prescribe it through normal pharmacies, to allow patients to receive end-of-life care at home, with less pain, instead of being admitted to hospital.
( The Connexion, 11.02.2020 )

On April 28, 2020, the Health Secretary, Matt Hancock, announced staff in care homes and hospices would be allowed to “re-use” controlled drugs such as morphine and midazolam.
( Independent, 29.04.2020 )

Midazolam ..
A spokesperson from Accord Healthcare, one of five manufacturers of the drug, told The Pharmaceutical Journal that it had to gain regulatory approval to sell French-labelled supplies of midazolam injection to the NHS, after having already sold two years’ worth of stock to UK wholesalers “at the request of the NHS” in March 2020.
( The Pharmaceutical Journal, 19.05.2020 )

What does midazolam do to the body?

Midazolam injection is in a class of medications called benzodiazepines.
It works by slowing activity in the brain to allow relaxation and decreased consciousness.

Does midazolam cause retrograde amnesia?

Given its advantages of rapid onset, short duration and low toxicity, midazolam is optimal for any procedural sedation.
Midazolam is known to cause anterograde amnesia; however, the possibility of retrograde amnesia has also been raised.

Does midazolam cause memory loss?

Midazolam can produce useful amnesia in many patients and the memory loss can be high for both artificial and procedural stimuli.
However this study suggests that the amnesia is not completely reliable, especially at lower doses.

Does midazolam cause brain damage?

A previous study demonstrated that midazolam caused dose-related decreased rCBF in brain regions including the cingulate gyrus, insula, multiple areas in the prefrontal cortex, the thalamus, and parietal and temporal association areas.

Recent data suggested that midazolam may also be used in off-label indications such as treatment of behavioral and psychological disturbances in older people.
Given the scarcity of published data and a lack of evidence in older people in such indications, midazolam raises concern because it may also cause serious-related adverse events.
( National Library of Medicine, 24.01.2020 )

Patients Waiting For Surgery Is Becoming A Human Tragedy ..
Dr Caroline Whitworth, of Edinburgh Royal Infirmary, said bed occupancy was now consistently 100% with “thousands” in pain while on hold for procedures.
The number of patients waiting indefinitely for NHS surgery is becoming a “human tragedy”.
A&E waiting times have been at record levels since mid-August.
Most health boards have cancelled routine operations to make space for Covid patients and the seriously ill.
Bed blocking has also been an issue for the Edinburgh Royal Infirmary, with over 100 elderly patients waiting to be discharged in recent days.
Dr Whitworth, a kidney specialist and medical director for acute services at NHS Lothian, said they cannot move patients fast enough to take more urgent cases in – largely because of hold-ups in social care.
“I think the hospital is the busiest I have seen it, and I have been a consultant for over 20 years,” she said.
“We wake up every morning to no free beds, and consequently a queue of patients waiting to come in, mainly from the emergency department”.
( Susie Forrest, 08.10.2021 )

Traffic Pollution Link To Low IQ In Children ..
Children in high traffic pollution areas are less intelligent, a study has found.
Seven to nine year-olds who had more manganese in their bodies – a chemical in unleaded petrol – also had lower IQ scores.
They may be susceptible to toxic effects of manganese exposure because their brains are in a dynamic process of growth at that age, said Professor Erin Haynes.
The study by Cincinnati University did not assess if other factors could have influenced IQ levels.
Professor Haynes said: “There are socio-economic issues at play, however they are compounded by environmental exposures.”
Manganese is also used in the production of steel, batteries and fertilisers.
( Martin Bagot, 23.09.2017 )

Antibiotics Reduce The Life Expectancy Of Cancer Sufferers ..
Cancer patients who have taken antibiotics live half as long as those who don’t, a shock study has found.
NHS doctors have shown for the first time the devastating impact that over-prescribing the pills has on life expectancy.
Research unveiled at the world’s biggest cancer conference in Chicago showed that multiple courses of antibiotic cuts lifespan by more than two-thirds.
Scientists warn GPs that giving antibiotics to patients with minor infections, such as earache, is costing lives.
They have found that cancers also grow almost twice as fast in those given the drugs.
Researchers from the Christie Hospital in Manchester studied data on 303 patients diagnosed with either skin cancer, renal cancer or lung cancer being treated with immunotherapy pills.
Patients who had been given antibiotics died on average 317 days later, compared to 651 days for those who had not.
Those who had been prescribed multiple courses faired even worse – living, on average, just 193 days.
Watchdog NICE confirmed it currently has no national guidelines on the use of antibiotics in cancer patients.
( Martin Bagot, 03.06.2018 )

The Single Biggest Way To Reduce Our Impact On Earth .. The word 'veganism’ first…