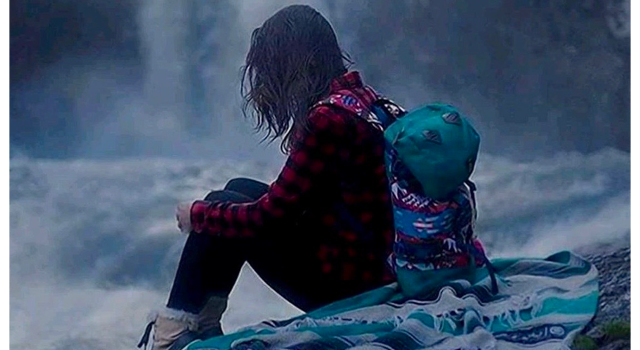 They Are Snatching Our Children ..
I must continue to warn, as long as I can, against the threats to our freedom now massing on all sides.
My blood ran cold at the story of a psychiatrist who is alleged to have labelled parents with mental ‘disorders’ so that their children were snatched away from them.
One has been exposed, and thank heaven for that.
But how many others continue undisturbed?
Such ‘disorders’ are 90% jargon 10% guesswork.
There is no objective test for them.
If a qualified person says you have one, you have one, and goodbye to your children for ever.
How can this possibly be permitted in a supposedly free country?
Like the secret family tribunals, in which parents struggle in vain against loaded accusations, from which they are not permitted to defend themselves, these are growing signs of the State’s power to busrt in on private lives and wreck them.
If it can be deployed to snatch children, then there is not far to go before it is also used to terrify or subdue opposition.
( Peter Hitchens )

The Blue Eye Brown Eye Experiment ..
The ‘blue eyes, brown eyes experiment’ carried out in the sixties by teacher Jane Elliott – who was trying to make a point about segregation.
On the first day, Elliott told her class that children with blue eyes were ‘superior’ – she gave them extra privileges and had them sit at the front.
The two groups were encouraged not to play together.
This triggered changes in the childrens’ personalities.
Those who were deemed superior became arrogant, bossy and unpleasant to their inferior classmates – even former playmates.
The inferior classmates also transformed – into timid and subservient children and their academic performance suffered.
The following day, Elliott made the brown-eyed children superior.
The same effects were seen in reverse.
Simply being put into social groups caused children to become bullies.

Why So Many Medicated Kids? ..
Sue Morris, an educational psychologist at the University of Birmingham, believes many teachers are concerned about having so many medicated pupils in the classroom, and don’t feel they have much say in the prescription process.
She says, “Some areas of the country are doing well in bringing in teachers, making sure they’re part of ongoing assessments.
But where there’s not good practice, there’s concern a diagnosis is given only by running through a symptom checklist.
There is a worry in the field that we’re pathologizing normal childhood.
We’re living in a world that’s ever more challenging for children to develop in, and it’s too easy to say ‘lots of children must have disorders’, rather than ‘we’re not doing a good job bringing children up to cope with a chaotic world’.
It’s a worry we’ll lose sight of perfectly normal reactions to life circumstances”.

The Sexualisation Of Children ..
As the age of sexual consent is 16, what are state employees doing fitting contraceptive implants in 13-year-old girls?
Aren’t they colluding in a criminal act?
These sinister devices are a clear admission by the Government.
It actually expects these children to have unlawful sexual intercourse, and wants to make it easy for them.
How strange, given that the one crime we all disapprove of utterly and completely is paedophilia.
Even convicted gangsters, rapists, burglars and muggers look down on the paedophiles in their midst (they have another word for them, as they cannot spell or pronounce the official term).
Those who engage in paedophilia are often also accused of ‘grooming’, preparing their victims for violation and abuse.
Yet here we have a policy that directly condones and encourages the sexualisation of children, and is at the very least comparable to the ‘grooming’ we are all so shocked by.
What child, equipped with this rather revolting chemical lump or dose, would not grasp that she was expected by the authorities to act accordingly?
I would be very interested to know exactly what the victims of this scheme are told, and how they are chosen.
This thing is done by doctors and nurses, supposedly symbols of rectitude and mercy.
It often takes place in schools, where our children are meant to be safe from molesters.
It is protected by law.
It is paid for by your taxes and mine, extracted under the threat of prison.
Perhaps most sinister of all, it is – like all child-molesting – ‘our little secret’.
The girls’ parents are not asked their permission beforehand for their daughters to be corrupted by our sick state. Nor are they told afterwards.
This is both totalitarian and evil.
( Peter Hitchens )

Overnight His ‘Condition’ Disappeared ..
I knew of a young lad diagnosed with this ‘condition’ many years ago who was classed as ‘hyperactive’ and in need of ‘medication’.
Fortunately, before the local GP could drug him to the eyeballs on the ‘Chemical Cosh’ Ritalin, the family upped sticks and moved from the city to a farm which they’d bought in the countryside.
The boy was instantly in his element, running around helping with the animals and embracing the very physical life of a farmer’s son.
Overnight his ‘condition’ disappeared, largely because he didn’t have a ‘condition’ in the first place.
He was just a very energetic child who, by being previously confined to his small bedroom drinking litres of Coke whilst numbing his brain playing computer games, was developing behavioural problems out of the sheer frustration of leading a totally unnatural, sedentary life.
Of course, we can’t all move to our ideal location, but what sort of society are we living in where our children are sometimes prescribed drugs to counteract the abnormal way of living that we take as normal?
( Henry Drummer )

The Made-Up Complaint ..
In the New York Times on January 28, 2012, psychology professor Alan Sroufe wrote,  “Back in the Sixties I, like most psychologists, believed that children with difficulty concentrating were suffering from a brain problem of genetic or otherwise inborn origin.
Just as type 1 diabetics need insulin to correct problems with their inborn biochemistry, these children were believed to require attention-deficit drugs to correct theirs.
It turns out, however, that there is little to no evidence to support this theory”.
The article is easily found on the internet.
I recommend it, above all to the raging furies who always write to me when I tell the truth about this appalling scandal.
( Peter Hitchens )