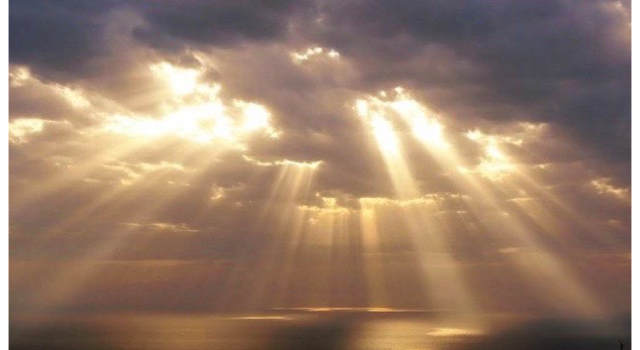 A Million Children Go Missing In Europe Every Year ..
I’m an emotional person.
I struggle with that a lot in this kind of situation.
There was one little baby, a girl, and I was standing at this cot and I just thought, “I will take her”.
It was utterly irrational but that is your human response.
There was no earthly way I could take this baby home but that is your most powerful reaction.
You think as a mother, “I will save this baby, this one baby.”
( J K Rowling )
Nine years ago she saw newspaper photos of children caged in beds in Romania and swore to end such suffering.
For the past few years, J K Rowling has been making secret visits to see her charity’s work in Moldova, the Czech Republic, Ukraine and Romania.
What she has witnessed has turned her into a committed campaigner.
‘We must bring about lasting change so such atrocities no longer take place.
The ex-communist mindset – that the State should take children and put them in a dustbin – must be made a thing of the past,’ she says, ‘The fact a million children go missing in Europe every year has to be shouted from the rooftops.’
The UN estimates there are eight million children in care institutions, a million in central and Eastern Europe.
Joanne Rowling is sweetly embarrassed she has given so much of her own money to her charity.
It is many millions of pounds.
She is acutely aware that it may look like the indulgence of an extremely rich woman.
But there is no doubt that it stems from an urgency within her, a desire to bring about change far beyond the redemptive message of her Harry Potter books.
( An extract from an interview in CoverEvent, 27.10.2013 )

A home is not just a house or a building – it is much more than that.
It should be a place full of warmth, encouragement, fun, laughter and, most of all, love.
( J K Rowling )

Child Brides Are Being Led Into Arranged Marriages ..
An 8-year-old Yemeni girl who was married to a man aged 40 died on her wedding night after sustaining internal injuries following intercourse with her ‘husband’.
Kuwaiti daily newspaper Al Watan says, “The girl, identified as Rawan, is believed to have suffered tearing of her genitals and a uterine rupture.”
Over a quarter of young girls in Yemen are married before the age of 15.
The country passed a law in February 2009 setting the minimum age of marriage at 17, but it was repealed after conservative lawmakers declared it “un-Islamic”.
According to reports, a number of poor families in Yemen marry off their girls at a very young age to save the cost of bringing them up.
Human Rights Watch reports that 14% of girls in Yemen are married off before they reach the age of 15, and 52% before they are 18.
In 2010 a 13-year-old Yemeni girl who was forced into an arranged marriage died five days after her wedding when she suffered an internal rupture.
According to a World Vision study released in March, more child brides are being led into arranged marriages due to an increase in global poverty and crises.

Children Forced Into Marriage ..
Under Iranian law, girls may marry at 13 and boys at 15, and children under 10 may marry with the approval of their guardian and the court.
According to official statistics, about one million children, even under age 10, are married.
The statistics also show that 85% of these one million married children are girls, meaning that most of them are married to grown men.
Regime spokesmen have denied the extent of the phenomenon, and have also shrugged off the matter, saying that child marriage is legal and that preventing it is against Islamic law.
Islamist law specifies that girls reach maturity at age 9.
Mohammad Ali Isfenani, the chairman for the legal affairs committee, said matter-of-factly. “As some people may not comply with our current Islamic legal system, we must regard 9 as being the appropriate age for a girl to have reached puberty and qualified to get married. To do otherwise would be to contradict and challenge Islamic Sharia law.”
As of right now, according to a 2002 ruling by the powerful Expediency Council ruling, girls below 13 and boys younger than 15 can only wed with their father’s consent and the permission of a court.
But with the Iranian parliament pushing to lower brides’ legal age, this minimal protection for girls between age 9 to 13 will also be stripped away.
Iran is not the only one with this phenomenon.
Ethiopia, Bangladesh, India, Afghanistan, Niger are among the many countries that do not have adequate protection for girls to grow up without being forced into marriage.
According to the International Centre for Research on Women, if present trends continue, more than 100 million girls in the developing world below the age of 18 will be married off over the next 10 years.
That is 25,000 girls married every day for the next 10 years.

Girls As Young As Nine Years Old Given away In Marriage ..
It is the responsibility of all those who believe that marrying a girl as young as nine years old was an accepted norm of the Arab culture, to provide at least a few examples to substantiate their point of view.
I have not yet been able to find a single dependable instance in the books of Arab history where a girl as young as nine years old was given away in marriage.
Unless such examples are given, we do not have any reasonable grounds to believe that it really was an accepted norm.
In my opinion, neither was it an Arab tradition to give away girls in marriage at an age as young as nine or ten years, nor did the Prophet (pbuh) marry Aisha (ra) at such a young age.
The people of Arabia did not object to this marriage, because it never happened in the manner it has been narrated.
( Ali Sina )