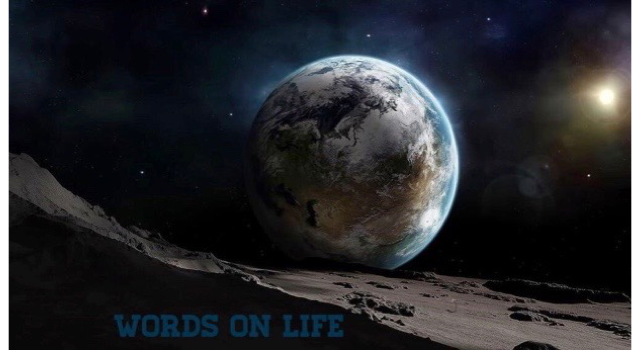 To learn without thinking is labour in vain.
To think without learning is desolation.
Exploring the old and deducing the new make a teacher.
( Chuang Tzu )

A man who dares to waste one hour of time has not discovered the value of life.
( Charles Darwin )

We are just an advanced breed of monkeys on a minor planet of a very average star.
But we can understand the Universe.
That makes us something very special.
( Stephen Hawking )

If we knew what it was we were doing, it would not be called research, would it?
( Albert Einstein )

I hate and fear ‘science’ because of my conviction that, for a long time to come if not forever, it will be the remorseless enemy of mankind.
I see it destroying all simplicity and gentleness of life, all the beauty of the world.
I see it restoring barbarism under a mask of civilisation.
I see it darkening men’s minds and hardening their hearts.
( George Gissing )

Scientific knowledge is affected by social and cultural conditions and is not a version of some universal truth that is the same at all times and places.
( From a letter sent to The New York Times )

Your assumptions are your windows on the world.
Scrub them off every once in a while, or the light won’t come in.
( Isaac Asimov )

All phenomena are equally susceptible of being calculated, and all that is necessary, to reduce the whole of nature to laws similar to those which Newton discovered with the aid of the calculus, is to have a sufficient number of observations and a mathematics that is complex enough.
( The Marquis de Condorcet )

The important thing is not to stop questioning.
Curiosity has its own reason for existence.
One cannot help but be in awe when he contemplates the mysteries of eternity, of life, of the marvelous structure of reality.
It is enough if one tries merely to comprehend a little of this mystery each day.
( Albert Einstein )

I am a firm believer that without speculation there is no good and original observation.
( Charles Darwin )

Those who think ‘science is measurement’ should search Darwin’s works for numbers and equations.
( David Hubel )

If I have seen further it is by standing on the shoulders of Giants.
( Isaac Newton )

A new scientific truth does not triumph by convincing its opponents and making them see the light, but rather because its opponents eventually die, and a new generation grows up that is familiar with it.
( Max Planck )

The most beautiful experience we can have is the mysterious.
It is the fundamental emotion that stands at the cradle of true art and true science.
( Albert Einstein )

Science without religion is lame.
Religion without science is blind.
( Albert Einstein )

Beware the irrational, however seductive.
Shun the ‘transcendent’ and all who invite you to subordinate or annihilate yourself.
Distrust compassion; prefer dignity for yourself and others.
Don’t be afraid to be thought arrogant or selfish.
Picture all experts as if they were mammals.
Never be a spectator of unfairness or stupidity.
Seek out argument and disputation for their own sake; the grave will supply plenty of time for silence.
Suspect your own motives, and all excuses.
Do not live for others any more than you would expect others to live for you.
( Christopher Hitchens )

Religions die when they are proved to be true.
Science is the record of dead religions.
( Oscar Wilde )

I think science has enjoyed an extraordinary success because it has such a limited and narrow realm in which to focus its efforts.
Namely, the physical universe.
( Ken Jenkins )

There is one thing even more vital to science than intelligent methods.
And that is, the sincere desire to find out the truth, whatever it may be.
( Charles Pierce )

It would be possible to describe everything scientifically, but it would make no sense.
It would be without meaning, as if you described a Beethoven symphony as a variation of wave pressure.
( Albert Einstein )

For millions of years, mankind lived just like the animals.
Then something happened which unleashed the power of our imagination.
We learned to talk and we learned to listen.
Speech has allowed the communication of ideas, enabling human beings to work together to build the impossible.
Mankind’s greatest achievements have come about by talking, and its greatest failures by not talking.
It doesn’t have to be like this.
Our greatest hopes could become reality in the future.
With the technology at our disposal, the possibilities are unbounded.
All we need to do is make sure we keep talking.
( Stephen Hawking )

Science is the belief in the ignorance of the experts.
( Richard Feynman )

Creativity in science could be described as the act of putting two and two together to make five.
( Arthur Koestler )

If we long to believe that the stars rise and set for us, that we are the reason there is a Universe, does science do us a disservice in deflating our conceits?
( Carl Sagan )

Do something from nothing for nothing is nothing unless it has made something.
There is always something common with something and nothing and that is the ‘thing’.
( Ernest Agyemang Yeboah )

Ask a scientist what the definition of electricity is and he might rattle off, “It is the physical phenomena arising from the reaction of electrons and protons”.
Note the word ‘phenomena’ in the above statement – it is the key word.
It is used as a reference in the philosophical usage rather than as a scientific justification.
( H.D. Rennerfeldt )

If there is any religion that could respond to the needs of modern science, it would be Buddhism.
( Albert Einstein )

The existence of a limit to science is, however, made clear by its inability to answer childlike elementary questions having to do with first and last things – questions such as “How did everything begin?” “What are we all here for?” “What is the point of living?”
( Sir Peter Medawar )

Science, my lad, is made up of mistakes, but they are mistakes which it is useful to make, because they lead little by little to the truth.
( Jules Verne )

I think that when you consider the beauty of the world and you wonder how it came to be what it is, you are naturally overwhelmed with a feeling of awe, a feeling of admiration and you almost feel a desire to worship something.
I feel this, I recognise that other scientists such as Carl Sagan feel this, Einstein felt it.
We, all of us, share a kind of religious reverence for the beauties of the universe, for the complexity of life.
For the sheer magnitude of the cosmos, the sheer magnitude of geological time.
( Richard Dawkins )

Wisdom is not a product of schooling but of the lifelong attempt to acquire it.
( Albert Einstein )

Science has revealed a universe that is vast, ancient, violent, strange, and beautiful, a universe of almost infinite variety and possibility one in which time can end in a black hole, and conscious beings can evolve from a soup of minerals.
( Leonard Mlodinow )

Since science and religion provide two different perspectives on the human situation, they must ultimately be able to be reconciled.
( Jeremy Griffith )

Is The Purpose Of Life To Sleep?..
True life is lived during sleep.
All we require from life is nutrition, a place to shelter and protect us while we sleep, and remembered images and feelings to make dreams.
Waking is no more than a marginal time assigned for doing things.
All the stuff that occupies us during the days is irrelevant or secondary.
The meaning of life is to sleep.
Do I believe this?
Of course I don’t.
( R S Hutchison )

Our civil rights have no dependence on our religious opinions any more than our opinions in physics or geometry.
( Thomas Jefferson )

I do not know what I may appear to the world, but to myself I seem to have been only like a boy playing on the sea-shore, and diverting myself in now and then finding a smoother pebble or a prettier shell than ordinary, whilst the great ocean of truth lay all undiscovered before me.
( Isaac Newton )

In science it often happens that scientists say, ‘You know that’s a really good argument; my position is mistaken,’ and then they would actually change their minds and you never hear that old view from them again.
They really do it.
It doesn’t happen as often as it should, because scientists are human and change is sometimes painful.
But it happens every day.
I cannot recall the last time something like that happened in politics or religion.
( Carl Sagan )