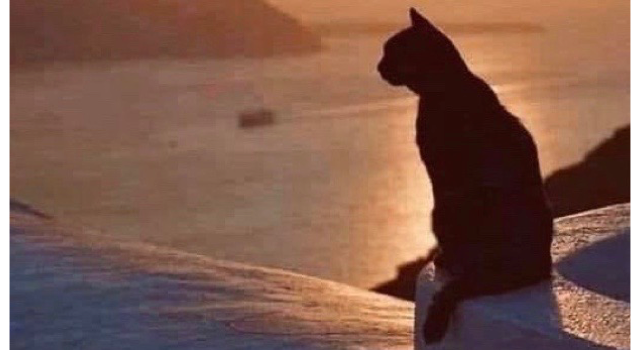 People Care About Animals ..
People care about animals.
I believe that.
They just don’t want to know or to pay.
A fourth of all chickens have stress fractures.
It’s wrong.
They’re packed body to body, and can’t escape their waste, and never see the sun.
Their nails grow around the bars of their cages.
It’s wrong.
They feel their slaughters.
It’s wrong, and people know it’s wrong.
They don’t have to be convinced.
They just have to act differently.
I’m not better than anyone, and I’m not trying to convince people to live by my standards of what’s right.
I’m trying to convince them to live by their own.
( Jonathan Safran Foer )

The greatest crime in the world today is ‘legal’.
The life imprisonment of animals when they have done no wrong.

Animals are like our children, innocent and defenceless.
And the depraved and the perverted abuse them.
( Eileen Hutchison )

If we watch the suffering of animals and do nothing.
We are just as guilty as the cowards that cause the suffering.

I will not shut up.
I will not tolerate.
I will not forgive.
I will fight.
I will boycott.
I will sabotage.
The animals must have justice.
( Owl Warrior )

The ugliest thing in the world today is a human without compassion or empathy.

If only we could all see the pain that hides behind their eyes.
And feel the sadness in their heart.
( Florence Emily Hookins )

Let Us Move Away From Cruelty ..
Dominion does not mean domination.
We hold dominion over animals only because of our powerful and ubiquitous intellect.
Not because we are morally superior.
Not because we have a ‘right’ to exploit those who cannot defend themselves.
Let us use our brain to move toward compassion and away from cruelty, to feel empathy rather than cold indifference, to feel animals’ pain in our hearts.
( Marc Bekoff )

We all have a right to live on this planet in peace.
We are all equal, both humans and animals.
( Rose Winfold )

We cannot eat the flesh of corpses and still expect to remain healthy.

You relentlessly breed gentle ‘farm’ animals for the sole purpose of killing them and then cutting them up and then eating them.
Before you kill them, you make their short life one of pain and misery and suffering and horror.
What nasty, cruel, selfish, disgusting, evil bastards you are.
( Union Leader For All ‘Farm’ Animals )

Will they mourn when they take your life?
No, they simply do not care.
Your terror they will not share.

If we held a moment of silence for every victim of the wretched “farming” and “meat” and “dairy” industries, we would be silent for eternity.

To protest about bullfighting in Spain, the eating of dogs in South Korea, or the slaughter of baby seals in Canada while continuing to eat eggs from hens who have spent their lives crammed into cages, or veal from calves who have been deprived of their mothers, their proper diet, and the freedom to lie down with their legs extended, is like denouncing apartheid in South Africa while asking your neighbours not to sell their houses to blacks.
( Peter Singer )

The best way to protect our oceans is not to eat the creatures that live there.

To be ‘for animals’ is not to be ‘against humanity’.
To require others to treat animals justly, as their rights require, is not to ask for anything more nor less in their case than in the case of any human to whom just treatment is due.
The animal rights movement is a part of, not opposed to, the human rights movement.
Attempts to dismiss it as anti-human are mere rhetoric.
( Tom Regan )

Abandoned Animals ..
Thousands of horses are being left to starve as uncaring owners abandon them on verges and waste ground in what animal charities are warning is set to become a major animal cruelty crisis.
Many have been dumped by middle-class families who bought them cheaply as pets, only to be hit by the soaring cost of feeding and caring for them.
The most horrifying cases include a foal that was tied up in a bag and abandoned on an industrial estate in East London, and a pony, too weak to stand, left by the side of a nearby busy road.
One group of eight ponies was even released at Cardiff Airport.
World Horse Welfare said it estimates that 3,500 fly-grazed horses across England and Wales are suffering neglect.
Charity Redwings has warned that the number of neglected or abandoned animals reported to its helpline has risen five-fold, from 160 in 2009 to 806 last year (2013).
( Nick Constable, 02.02.2014 )

As a mother would risk her life to protect her child, her only child, even so should one cultivate a limitless heart with regard to all beings.
( Metta Sutta )

I don’t want to keep having to protect animals.
I want to create a world where animals don’t need protecting.
( Florence Emily Hookins )

He is your friend, your partner, your defender, your dog.
You are his life, his love, his leader, his guardian.

All beings seek for happiness.
So let our compassion extend itself to all life.
( Amanda @Amanda345swk )

Humans persecute animals simply because the animals cannot defend themselves.
Exactly how cowards and bullies behave.

Be kind to every kind.
Not just mankind.
( Anthony Douglas Williams )

Questions Of Conscience ..
Just how destructive does a culinary preference have to be before we decide to eat something else?
If contributing to the suffering of billions of animals that live miserable lives and (quite often) die in horrific ways isn’t motivating, what would be?
If being the number one contributor to the most serious threat facing the planet (global warming) isn’t enough, what is?
And if you are tempted to put off these questions of conscience, to say not now, then when?
( Jonathan Safran Foer )

Poor animals, how jealously they guard their bodies, for to us is merely an evening’s meal, but to them is life itself.
( T. Casey Brennan )

Although other animals may be different from us.
This does not make them LESS than us.
( Marc Bekoff )

Forests and meat animals compete for the same land.
The prodigious appetite of the affluent nations for meat means that agri-business can pay more than those who want to preserve or restore the forest.
We are, quite literally, gambling with the future of our planet for the sake of hamburgers.
( Peter Singer )

Make ethical choices in what we buy, do, and watch. In a consumer-driven society our individual choices, used collectively for the good of animals and nature, can change the world faster than laws.
( Marc Bekoff )

People who rightly choose not to consume animal products should not have to explain to others why torturing and killing innocent beings is wrong.

A dog’s love is priceless.
It really breaks my heart when I see the horrific cruelty that humans are capable of.
Dogs are angels.
( Sienna @Sienna81704750 )

No life is more precious than another life.
( Anthony Douglas Williams )

Pleading for mercy, the calf looked into the eyes of the slaughterhouse worker, but saw only evil, darkness and ignorance.

I Am A Battery Hen ..
I live in a cage so small I cannot stretch my wings.
I am forced to stand night and day on a sloping wire mesh floor that painfully cuts into my feet.
The cage walls tear my feathers, forming blood blisters that never heal.
The air is so full of ammonia that my lungs hurt and my eyes burn and I think I am going blind.
As soon as I was born, a man grabbed me and sheared off part of my beak with a hot iron, and my little brothers were thrown alive into trash bags as useless.
My mind is alert and my body is sensitive and I should have been richly feathered.
In nature or even a farmyard I would have had sociable, cleansing dust baths with my flock mates, a need so strong that I perform ‘vacuum’ dust bathing on the wire floor of my cage.
Free, I would have ranged my ancestral jungles and fields with my mates, devouring plants, earthworms, and insects from sunrise to dusk.
I would have exercised my body and expressed my nature, and I would have given, and received, pleasure as a whole being.
I am only a year old, but I am already a ‘spent hen’.
Humans, I wish I were dead, and soon I will be dead.
Look for pieces of my wounded flesh wherever chicken pies and soups are sold.
( Karen Davis )

The spread of cheap, unrecognisable hypermarket meat has helped to create hideous meat factories, where animals are imprisoned and tortured in unspeakable conditions before being cruelly massacred.
I’d rather eat lentils than support such methods.
( Peter Hitchens, 02.03.2014 )

Everybody is born knowing how to live a good life and love others.
Dogs already know how to do that.
And they keep it until the day they die.

If animals could speak, the cat would have the rare grace of never saying too much.
( Mark Twain )

It’s beyond understanding why so many people are quite happy for billions of animals to be forcibly bred, enslaved, abused, brutally killed and butchered just to satisfy their taste buds.
It’s no wonder the world is so violent with so many violent people.

Poor creatures will give up their flesh for the gustatory delight of humans.
Must they also be tortured?
( Maryanne @Francesgracella )

A dog will be faithful and true to the last beat of their heart.
We owe it to them to be worthy of such devotion.

My best friend has no voice.
She speaks with her heart.
( Anthony Douglas Williams )