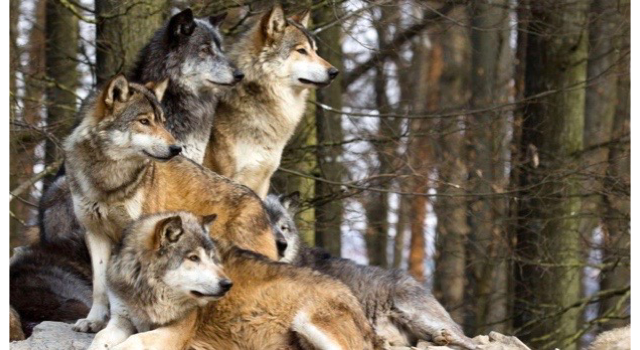 Why do you have to label yourself anything?
I’m just a woman and I love being a woman.
( Beyonce )

The man who makes your knees weak and your palms sweat is out there.
Don’t settle for a room-mate.
( Louise Mensch )

We will safeguard Britain’s credit rating with a credible plan to eliminate the bulk of the structural deficit over a Parliament.
( The Conservative 2010 Election Manifesto )

I’m making the most of life while I can.
I try and look after myself, but I have no intention of growing old gracefully.
The older you get, the less you care.
( Davina McCall )

No nation can be at peace with itself if it is not allowed to kick out people who hate it the most.
( Tony Parsons )

My forehead is covered in 100 little lines and a fringe is the easiest way to cover them.
( Claudia Winkleman )

The first Prime Minister of female gender, OK.
But a woman?
Not on my terms.
( Glenda Jackson )

I support gay marriage.
I believe they have a right to be as miserable as the rest of us.
( Kinky Friedman )

That marriage was shaky from the get-go, before I’d even got off the elephant.
It was a drag, man.
Let me tell you a thing about marriage.
It’s a bond that can last up to 14 months.
This is a sacred 14-month arrangement.
( Russell Brand )

If a man holds a door open for me or pulls back a chair so this old bag can sit down, I’m delighted.
( Dame Diana Rigg )

This new ‘gender ideology’ which is being imposed on society by Western governments undermines the fundamental understanding of what it means to be a human.
It destroys the understanding of the family as a community designed for the rearing of children.
In this radical new understanding of sexuality, children lose their rights and become mere objects of adult possession.
( Paul Kokoski )

My unmade bed was a seminal artwork.
I have done my bit for history.
Now I can settle down and really paint some personal work.
( Tracey Emin )

This Has Gone On For Too Long ..
We have to support the most powerful at all times, don’t we?
If I was to tell you those innocent children, women and men were being killed in Gaza because of a largely interpreted book that was written more than 2,000 years-ago, would you really believe?
This is actually something I would probably tweet in jest, yet when I did give my opinion on Twitter about Israel’s atrocities I was told to get back in my box.
The problem is, not only are there not too many boxes that I can fit in, but also that this issue needs to be discussed and challenged by many people as possible in order to stem a battlefield response, and put an end to this madness.
So there are a group of Jews out there, with extreme beliefs, that think the Old Testament is all fact, which means that Israel belongs to the Jews and the Palestinians must give all of the land back to them, as this book is, of course, the law.
Now, come on, if someone turned up at my house and said that they had found a book saying my house belonged to them, I would have my lawyers rip them a new arsehole.
Now, Israel was created in 1948.
Okay, the state of Israel, before you jump on your high horses again.
It had been governed by Britain but was given to the Jews.
The area is surrounded by pretty hostile Arab territory, so they kill a load of Arabs in order to let them know who is boss.
If I was an Arab I would be pretty pissed off at this, but then again the Jews needed a homeland after the Holocaust and so they were supported financially by the Americans to fight their corner against hostile forces in the region.
Now the United States has been largely supportive of the Jews’ fight in Israel over the years, but let’s have it right.
This has simply gone on for too long.
( Joey Barton, The Big Issue, November 2012 )

It is hard being a lonely and joyless high achiever.
I wish I could be mediocre.
( Amy Molloy )

Arrogant David cameron has not asked the man in the street whether they believe in gay marriage.
I don’t.
Marriage is between a man and a woman only.
Anything else is an insult to all Christian people in this country (or any other religion).
( Clair Allan )

I had a facelift as I was starting to look like my mother.
Nobody wants to watch Ugly.
( Anne Robinson )

As you enter London, it says you’re entering a low-emission zone just as overhead come these great jumbos spewing out more gunge than I would in my entire life.
( Penelope Keith )

I think women look better with a bit of chub on them.
I’ve lost too much weight and I’m working on getting fatter again.
( Alison Moyet )

He wasn’t the love “of my life”.
He was the love of that time of my life.
Each man had a different decade.
( Diane Keaton )

China is the world’s largest supplier of Bibles.
One factory in Nanjing prints a million a month.

I think that gay marriage should be between a man and a woman.
( Arnold Schwarzenegger, 2003 )

You can never be overdressed or overeducated.
( Oscar Wilde )

I was jobless, a lone parent and as poor as it is possible to be in modern Britain without being homeless.
I directed all my energy into finishing the only work that mattered to me.
( J K Rowling )

Under Chairman Mao, every Chinese family was obliged to kill a sparrow a week to stop them eating all the rice.
The project was ineffective because sparrows don’t eat rice.

Whenever the people are for gay marriage or medical marijuana or assisted suicide, suddenly the “will of the people” goes out the window.
( Bill Maher )

Education is the ability to listen to almost anything without losing your temper or your self-confidence.
( Robert Frost )

When you know better you do better.
( Maya Angelou )

The citizens of Kuwait celebrated the end of the first Gulf War by firing weapons into the air.
Twenty Kuwaitis died as a result of bullets falling from the sky.

The deep waters of faith seem turbulent when we peer into them too curiously.
But when contemplated in a spirit of simplicity, they are calm.
( Diadochus of Photike )

Education is the most powerful weapon which you can use to change the world.
( Nelson Mandela )

Study without desire spoils the memory, and it retains nothing that it takes in.
( Leonardo da Vinci )

Those who condemn gay marriage, yet are silent or indifferent to the breakdown of marriage and divorce, are, in my view, missing the real issue.
( Malcolm Turnbull )

Our only chance of survival is not to remain lurking on planet Earth.
If we want to continue beyond the next hundred years, our future is in space.
( Stephen Hawking )

Your time is limited, so don’t waste it living someone else’s life.
Don’t let the noise of others’ opinions drown out your own inner voice.
( Steve Jobs )

Nothing happens until something moves.
( Albert Einstein )

The more clearly we can focus our attention on the wonders and realities of the universe about us, the less taste we shall have for destruction.
( Rachel Carson )

The reason why the universe is eternal is that it does not live for itself.
It gives life to others as it transforms.
( Lao Tzu )

Being Bullied At School Made Me Stronger ..
I will never lose my fear of failure.
I’ve always felt the need to work harder than anyone else.
That way, if I do fail, at least I can console myself with the thought that I’ve done my best.
That fear of failure never goes away.
Whatever I do in life and however successful I get, there’s always an element of self-doubt about whether I can pull off the next job.
Being bullied at school made me stronger.
In my pre-teen years I attended the Spence School in Manhattan.
I was the least posh girl there and was very unpopular.
I was being brought up by a single mum and we didn’t have that much money.
Those girls were very catty towards me.
I was teased and bullied because they regarded me as strange.
The more they made me feel like an outsider, the more I embraced that part of myself.
Now those catty girls will call me up and suggest lunch.
But I don’t believe in the idea that success is the best form of revenge.
It takes up too much energy.
I don’t wish those people ill.
I believe in seizing the day.
I dealt with a lot of death when I was a kid.
A lot of people very close to me passed away, grandparents, teachers and friends.
At that time I decided to live my life as though it could all be over tomorrow.
I make a point of feeling grateful for each and every day.
When I look at my life I realise I’ve got plenty to feel grateful about.
( Emmy Rossum )

Hallucinations don’t seem to be of our creation.
They come from the outside.
( Oliver Sacks )

Whether gay couples should be allowed to be married in church or not should be left up to individual churches.
Anyway, it makes no great difference.
The sanctity of someone else’s marriage has no effect on the sanctity of yours.
( Thomas Betham )

Computer technology will merge man and machine, making us immortal.
It’s already very close.
What now fits in our pockets would fit in a blood cell in 25 years.
( Ray Kurzweil )