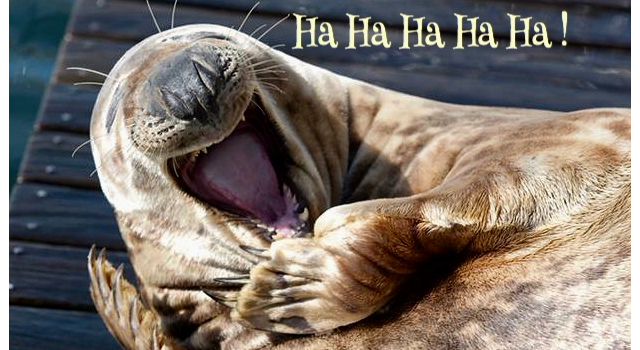 Just when you learn to make the most of it.
Most of it is gone.

Some people need to wipe their mouth.
Because there’s still bits of bull-shit on their lips.

Drinking three or four glasses of wine each day can reduce the risk of giving a shit.

The human brain is an amazing organ.
It keeps working 24 hours a day, 7 days a week, and 52 weeks a year from before you leave the womb right up until you find religion.

Be an extrovert, the country needs more verts.

Next year we are celebrating two years of happy marriage.
We’ve been married for 12.
( Lee Mack )

Telling a drunk woman to calm down has the same effect as baptising a cat.

I never called you stupid, but I had my doubts.
It was when I asked you to spell “orange”, and you asked me the fruit or the colour.

No matter what happens, there’s always somebody who knew it would.

I am not an early bird or a night owl.
I am a permanently exhausted pigeon.

Whenever I’m caught between two evils, I take the one I’ve never tried.

They say hard work never hurt anyone.
But why take the chance?

Why do I drink?
It’s makes other people look more interesting.

When you really want to slap someone.
Do it, and shout, “Mosquito!”

Everything was so different before it all changed.

I have no talent but I am modest about it.

Arguing with idiots is like playing chess with a pigeon.
No matter how good you are at chess, the pigeon is just going to knock over the pieces, shit on the board, and strut around like it’s victorious.

No man goes before his time.
Unless, of course, the boss leaves early.

Wine?
How classy people get wasted.

The best thing to do with a wet blanket is to let the drip dry.

People think I’m mad because I talk to dogs.
What am I supposed to do when they keep asking me questions?

Whenever there’s a will, you’ll see an heir loom.

An unwelcome guest is one of the best things going.

Should you feel we have failed you in any way.
We will be only too pleased to do it again at no extra charge.

Some people should be taken in very small doses.

Man who cooks greens and peas in same pot is not very sanitary.

Who left the bag of idiots open?

You need an attitude adjustment.
Let me get my hammer.

I was all set to take over the world this morning.
But I overslept.

The best stories come out after the third or fourth glass of wine.

My mate packed his taxi job in after 22 years.
He was sick of people talking behind his back.

When someone told me I lived in a fantasy world, I nearly fell off my unicorn.

I always dreamed of becoming a milkman as a lad.
But it turned out I didn’t have the bottle.

Sarcasm?
I put that shit on everything.

At the fish and chip shop I asked for a portion of chips.
The assistant said, “60 or 95”.
I replied, “If you’re going to count them, I’ll just have fish.”

I can look directly at someone, nod when they’re talking, and throw in the occasional ‘yeah’, and still not hear a word they say.

A man in a restaurant gets hit on the back of the head with a prawn cocktail.
He looks round and a bloke says, “And that’s just for starters.”

I’ve had a wonderful evening, but this wasn’t it.

Yes, I do have a retirement plan.
I plan on drinking more beer.

I didn’t start trouble.
It was there when I arrived.

I would enjoy the day more if it started later.

Never eat more than you can lift.
( Miss Piggy )