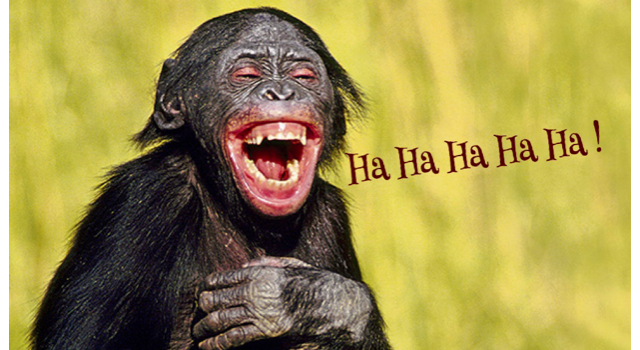 Is it progress if a cannibal uses a knife and fork?

My friend told me I was delusional.
I almost fell off my unicorn.

The bigger they are the harder they hit you.

If you receive everything you asked for, you didn’t ask for enough.

Someone called me “normal”.
I’ve never been so insulted in my life.

Even though the hour is late, it takes more determination than I’ve got to walk away from a party that is going well.

I have to drive my car fast so I get there quick.
Otherwise I forget where I’m going.

Since you know all and I nothing, tell me what I dreamed last night.

The graveside service had just about finished when there was an almighty clap of thunder followed by a bolt of lightning and more thunder in the distance.
A little old man looked up at the vicar and said: “Well, she’s there.”

I hate it when you have to be nice to someone you really want to hit over the head with a brick.

Living on Earth is expensive.
But it does include a free trip around the sun.

Some die young, others leave it to the last minute.

Someone asked me what my dream job was.
I said in my dreams I don’t work.

If I had my life over again I don’t think I’d bother.

Death is one of the few things that can be done as easily lying down.

I bought a new pair of indoor slippers with memory foam insoles.
No more forgetting now why I walked into the kitchen.

They threw me out of the hospital.
Apparently, the sign “Stroke Patients” meant something different than what I thought.

It’s a funny old world.
A man’s lucky if he can get out of it alive.

To my embarrassment, I was born in bed with a lady.

I remember when you could go to the local newsagent with sixpence and come home with three bars of chocolate, a couple of comics, two packets of crisps and a can of drink.
Now, they have cameras everywhere.

Life is a hereditary disease.

My mate went skiing a few weeks ago and broke a leg.
Fortunately it wasn’t his.

I like you because we hate all the same people.

My mate is a firm believer in reincarnation.
In his will he has left everything to himself.

I haven’t slept for days.
It’s a good job I can sleep at night.

My mate sent his photograph and details to a lonely hearts club.
They sent it back saying they weren’t that lonely.

You know you’re getting old when an ‘All Nighter’ means not getting up to use the loo.

A girl phoned my mate the other day and said, “Come on over, there’s nobody home.”
He went over.
Nobody was home.

Be alert.
The country needs lerts.

Did your brain take a laxative?
Because there’s a lot of shit coming out of your mouth.

Some people are like blisters.
They appear when the work is done.

Although my boyfriend is addicted to heroine, he’s still very handsome.
He’s lost a bit of hair but he has lovely eyes and lips, and that tooth.

There’s no problem so big or complicated that it can’t be run away from.

You can tell a lot about others by their hands.
If they’re placed around your throat means they’re probably pissed off.

There are terrible temptations that it requires strength and courage to yield to.

Lord, grant me the serenity to accept the things I cannot change,
The courage to change things I can,
And the wisdom to hide the bodies of those I had to kill because they pissed me off.

I’ve come to realise that ‘diarrhoea of the mouth’ is a side-effect of ‘shit-for-brains’.

My mate decided to go to medical school.
One of the entrance exam questions was to rearrange the letters PNEIS and form the name of an important human body part which is most useful when erect.
Those who answered SPINE became doctors.
My mate, well, he’s a mini-cab driver.

What the world needs is more geniuses with humility.
There are so few of us left.

Do I have trouble making decisions?
Well, yes and no.

Today I will live in the moment.
Unless the moment becomes unpleasant, in which case I will take a nap.

I intend to live forever.
So far, so good.

I wake up every morning with plans of being productive.
And then a voice in my head says, “HaHa good one!”
We both have a laugh and then I go back to bed.

I just don’t have time for the nervous breakdown that I deserve.

I’m losing my mind.
But as long as I keep the bit that tells me when to pee, I should be okay.

I promise to stop ignoring you, if you agree to go away.

I make mistakes.
I’ll be the second to admit it.

You’ve really got to hand it to short people,
Because they usually can’t reach it anyway.

Do I say one thing but mean something else?
Yes, I don’t.

I wouldn’t mind the rat race, if I could just have a little more cheese.

I do lots of things very well, but none of them generate any income.

Lord, grant me the serenity to put up with stupid people
And the wisdom to know that you can’t fix stupid.

I’m fine, the rest of you need therapy.

If I wanted to kill myself, I would climb up your ego and jump down to your IQ level.

I’m just going to stop you right there –– I don’t speak brainwashed.