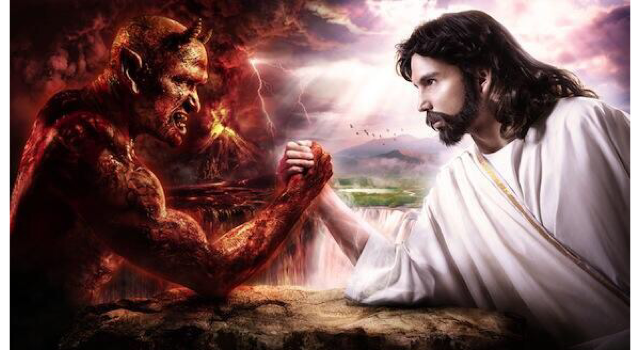 One Day In The Garden Of Eden ..
Eve called out to God:  “Lord, I have a problem.”
“What’s the problem, Eve?”
“Lord, I know you’ve created me and provided this beautiful garden and all of these wonderful animals, but I’m just not happy.”
“Why is that, Eve?” came the reply from above.
“Lord, I am lonely. And I’m sick to death of apples.”
“Well, Eve, in that case, I have a solution. I shall create a man for you.”
“What’s a man, Lord?”
“This man will be a flawed creature, with many bad traits, but he’ll be bigger, faster and will attempt to impress both women and men with activities which he thinks will make him look strong and brave. He will provide you with companionship and satisfy your womanly desires. But he’ll be witless and will revel in childish things. He won’t be too smart, so he’ll also need your advice to think properly.”
“Sounds great”, says Eve. “What’s the catch, Lord?”
“Well, unfortunately, he’ll be proud, arrogant, and self-admiring. So you’ll have to let him believe that I made him first.”
“Just remember, Eve, it’s our secret, woman to woman.”

I Want To Build A Mosque ..
My friend purchased a large plot of land and applied for planning permission to build a house.
The house was going to be 30 metres tall and 125 metres wide, with 82 windows and nine castle turrets.
The house would be painted grey, pink and yellow, with a parking area for 220 vehicles.
The local planning department turned down the application.
My friend decided to put in a second planning application but this time asked permission to build a mosque.
The application was accepted and building work starts next week.
( Steve Hutchison )

Smiling At The Sky ..
Because it was raining, a mother drove to the school to pick up her eight year-old daughter.
As her daughter was running towards the car, a lightning bolt flashed and the little girl stopped, looked up towards the sky, smiled and carried on running.
Another lightning bolt flashed.
Again the little girl stopped, looked towards the sky, smiled and resumed running.
”Why did you keep stopping and smiling at the sky?” asked her mother.
“I had to Mummy, God was taking my picture.”

A Choice Between Heaven And Hell ..
A Conservative MP died and got to choose between Heaven and Hell.
Satan shows him a Hell with golf clubs, sumptuous food and wealthy political pals for company.
The next day St. Peter gives him a tour of Heaven and its neat homes and harp-playing angels.
All very pleasant but rather dull.
The MP chose Hell.
But he returns to an arid wasteland with everyone in rags and starving.
“Where’s the golf course?” the MP asks.
Satan puts an arm round his shoulder and says,
“Yesterday we campaigned. Today you voted”.

My Neighbour, Mr Noah ..
I asked my next door neighbour to stop hammering and sawing.
And told him to stop his animals from shitting and pissing all over my garden.
He told me to mind my own business and suggested I put the animal shit on my roses.
I complained to the police and the RSPCA.
When the police and RSPCA arrived to speak to Mr. Noah.. It started to rain.